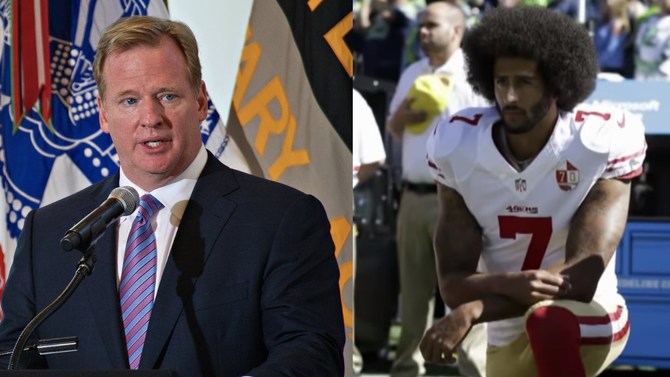 During Sunday’s conference championship games, a new ad was unveiled by the National Football League. The ad is scheduled to run again in the Super Bowl.

Created by 72andSunny, the ad stars Anquan Bodin, a retired player whose cousin was shot and killed by a Florida officer. Boldin shares his cousin’s story in the ad.

Nouman Raja, the police officer, was dressed in plain clothes when he came across Corey Jones, who was waiting for roadside assistance. Raja claimed that he shot Jones in self-defense, but this was disproven when a recording of Jones’ call to the tow truck company surfaced. Raja never identified himself as a police officer, and the jury found him guilty of manslaughter and attempted murder.

The ad features a dramatic re-enactment of the 2015 shooting, and is part of NFL’s social justice program, “Inspire Change” that includes awareness campaigns and awarding grants related to education and economic advancement, police and community relations and criminal justice reform.

However, critics have questioned NFL’s motives, with many speculating that the league is trying to repair its image after the Kaepernick controversy.

The league was greatly criticized last year for a deal made with Jay Z’s Roc Nation to support Inspire Change to “amplify the league's social justice efforts.”

“We did consult with them on the content and overall approach,” NFL Chief Marketing Officer Tim Ellis told Ad Age when asked if Roc Nation was part of the ad production team.

Sports journalist Jamele Hill criticized the Roc Nation deal, stating: “This alliance plays right into the NFL’s hands, because the league seems determined to banish any memory of Kaepernick with its recent social-justice efforts—even though it’s likely that Jay-Z and the NFL wouldn’t even be entering into this arrangement if Kaepernick hadn’t taken a knee in 2016.”

Jamil Smith, the culture contributor for Rolling Stone, wrote an article titled They Didn’t Kneel For This. It read: “The swindling of Kaepernick’s protest is all but complete. Since the league once used pink accents on its uniforms to spotlight breast cancer research, the only thing that may be missing from this Susan G. Komen-ing of the fight for racial justice are the black ribbons on its uniforms.”

Ellis defended the decision to include the ad in the Super Bowl, stating: “We feel this is an incredibly important topic and deserves visibility in our biggest game of the year. We want to tell the story of how one family’s tragedy inspired the creation of the Players Coalition, led to a historic partnership between NFL players and the league, and sparked one of the largest social justice efforts in sports history.”