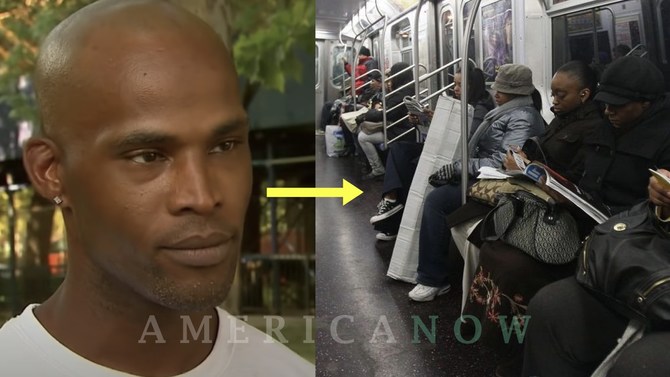 A man trying to rape a woman aboard a Brooklyn subway train got a beating for his attempts after a courageous subway rider rushed to rescue the woman.

40-year-old Alvaro Denica was allegedly attacking the woman, 28, on a 3 train that was heading into Bergen Station in Park Slope at around 11:40 a.m. According to sources, Maurice Osborne jumped in and saved her. Wearing a bandage covering up a head cut he sustained in the fight, Osborne told The Post: “I beat him up. Once he submitted, I grabbed him by the shirt and dragged him to the police station two blocks away.”

According to prosecutors, Denica was in the last car of the train pleasuring himself when he grabbed the woman, pushed her to the floor and tried to sexually assault her. Osborne, who was in the second-to-last car, saw the commotion and immediately rushed to help. According to sources, Denica allegedly did admit to pleasuring himself on the train, but denied that he had tried to rape the woman.

Denica appeared in Brooklyn Criminal Court on Thursday night, and was charged with assault as a sexually motivated felony and attempted sexual abuse. He is being held on a $150,000 bond.