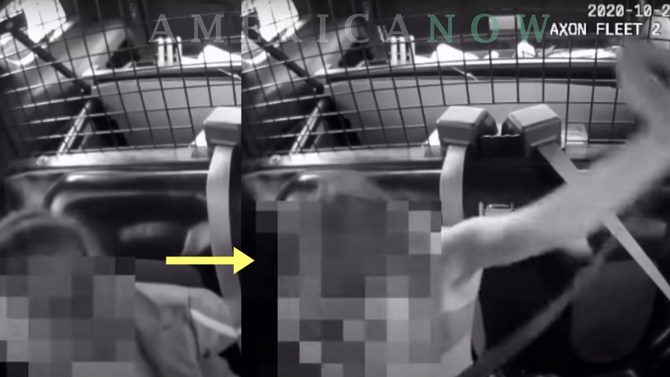 A police chief released a video from the interior of a Shelby Township police patrol car that proved a protester was lying when she claimed that officers had stripped searched her.

The woman was arrested during conflict between the police and Black Lives Matter protestors at 23 Mile and Van Dyke.

The demonstration was organized by Detroit Will Breathe, and they blocked roads and failed to comply with repeated police commands to disperse.

10 arrests were made at the scene but police released five of the protesters. 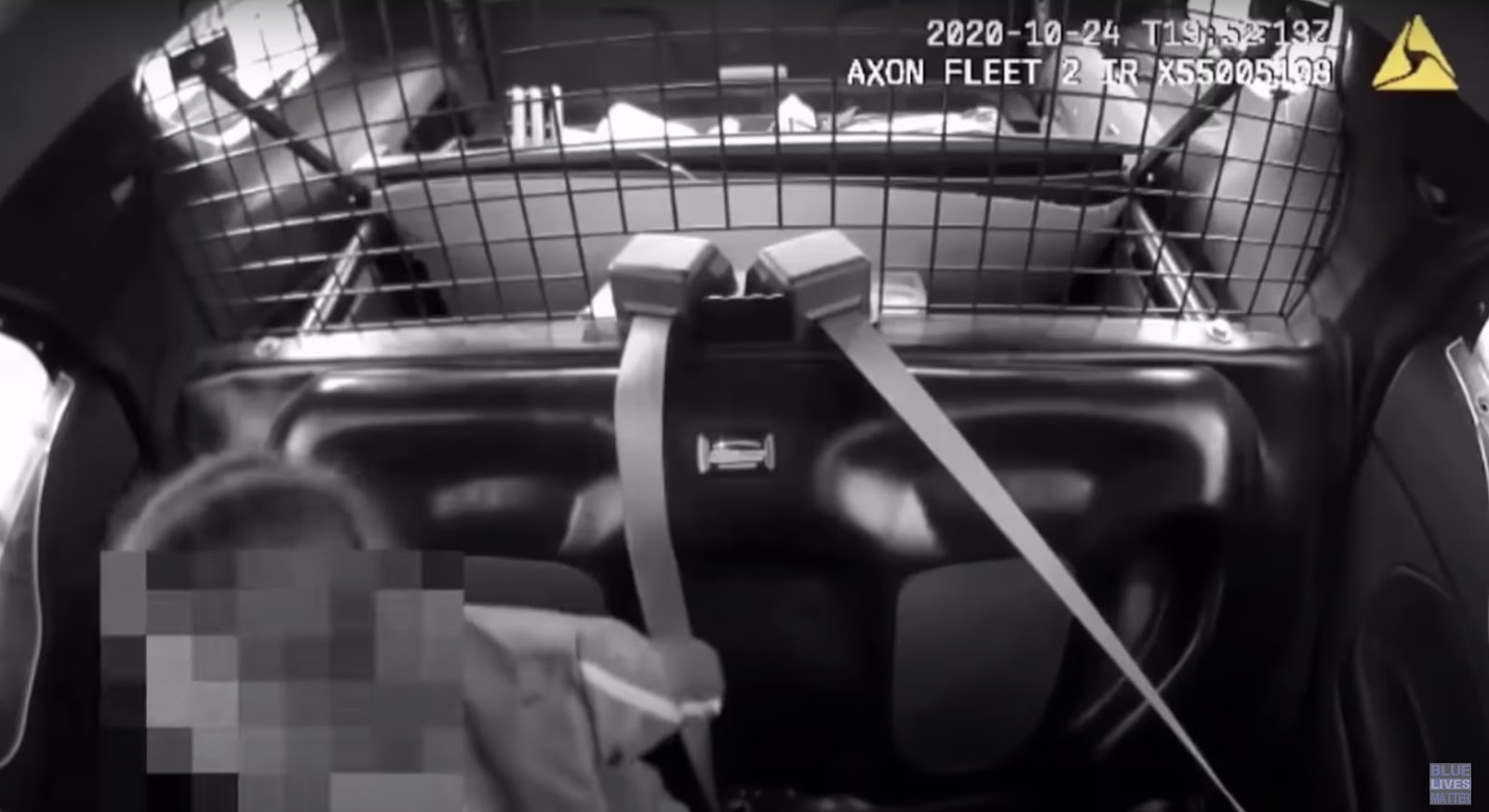 26-year-old Jessica Nadeau, one of the women arrested, later claimed that police strip-searched her while she was in custody and left her in her underwear.

Activists slammed the police on social media, calling for justice for Nadeau.

“F–k the police. But f–k the racist Shelby Township Michigan Police specifically. Beat up marchers, strip search a female protestor, and then offer to release the video to the media. Despicable,” @MarieAtLaw wrote on Twitter.

One of the protest organizers, Sammie Lewis, told WJBK that the officers had broken the law.

“They ended up stripping a protester down, which is illegal to do in front of other people,” Lewis said. 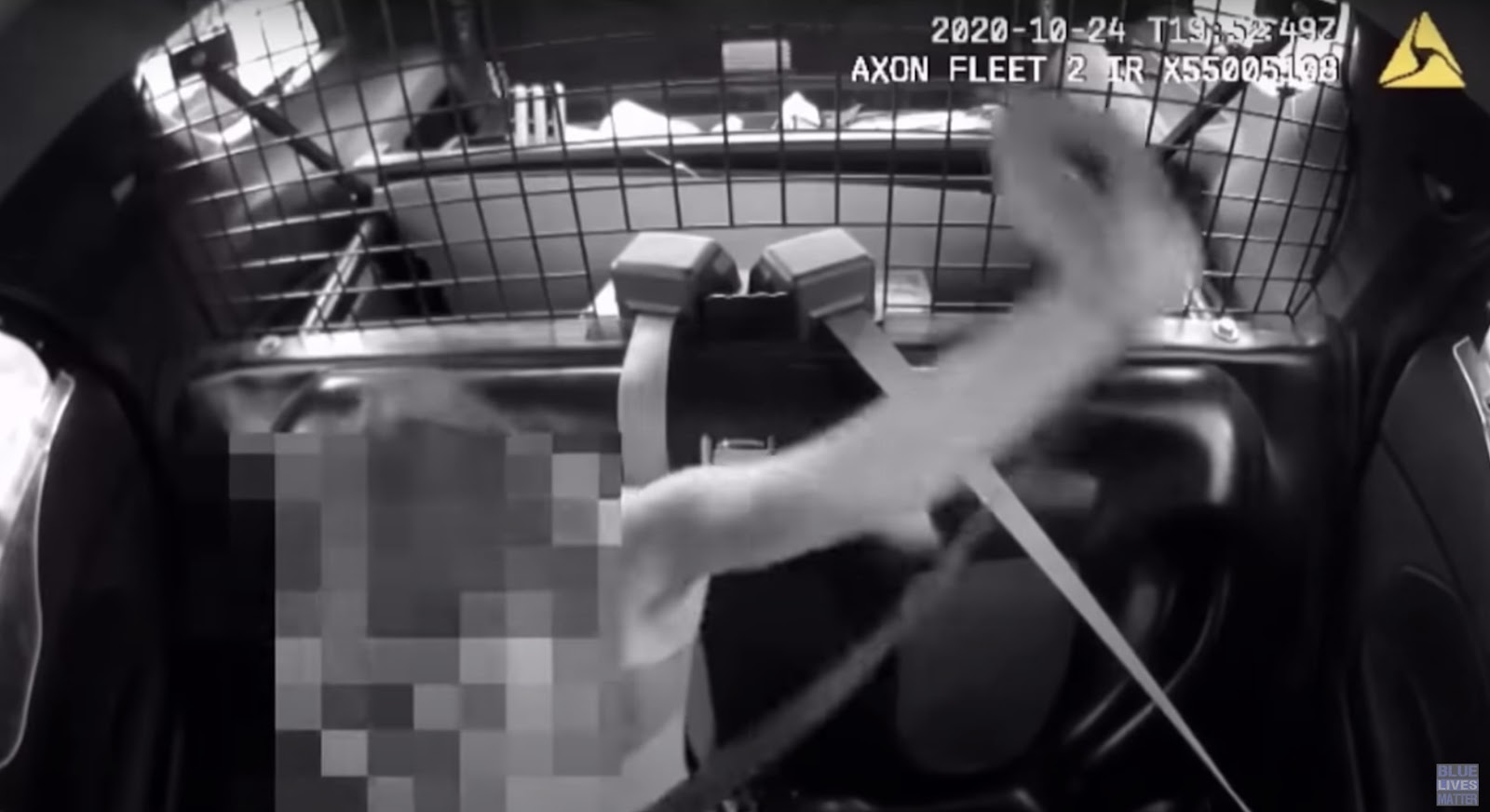 However, Shelby Township released a video from the patrol car which proved that Nadeau was lying.

The video shows Nadeau fully clothed in the back of the patrol car in handcuffs. She then slipped out of the restraints and started shedding off her clothes.

She started panting “I’m dying” as she removed her shirt and pants in the back seat of the car.

The video shows Nadeau removing her belt out of her pants, then removing her shoes one at a time before undressing until she was left in her bra and panties.

“There, now you don’t need to search me, I’ll make it easier on ya,” Nadeau said when the officer entered the vehicle.

The video shows Nadeau lifting up her bra and smashing her breasts against the window to flash the people outside the car.

She banged repeatedly on the window and the officers opened the back door a moment later.

“Now it’s easier to search me,” Nadeau said. “Now you can search all of it.” 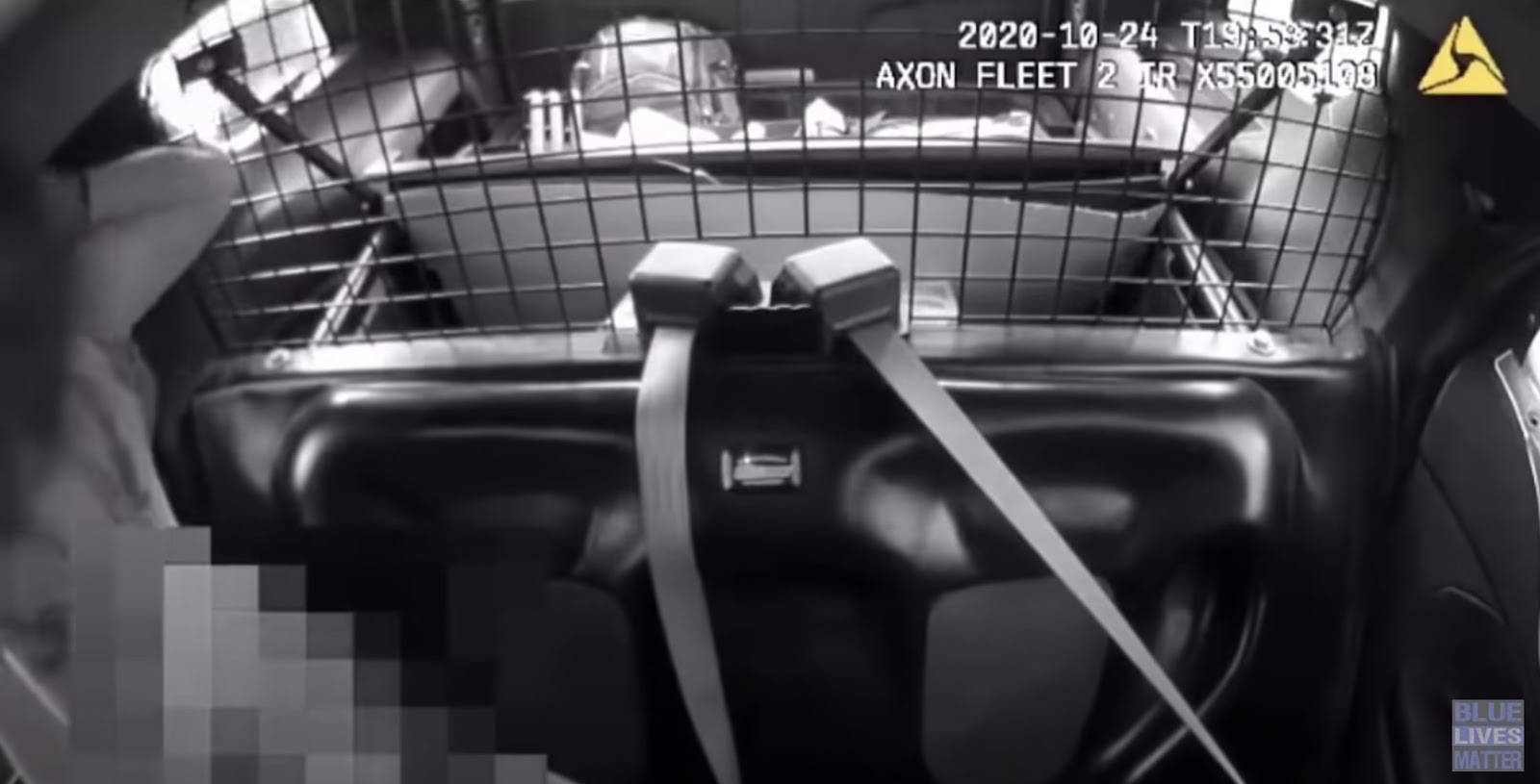 Shelby Township Police Deputy Chief Mark Coil released the video to the public, saying: “The video speaks for itself. The video is completely transparent. This is the detriment of social media postings, often you have inaccuracies. This is the problem with social media news, I would like to leave real news to real newscasters.”

Nadeau was charged with assaulting, resisting and obstructing a police officer, misdemeanor disturbing the peace, and was released on a $5,000 bond.