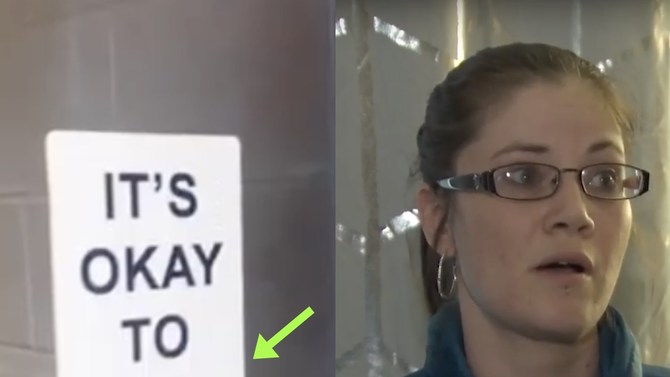 An investigation has been launched after a controversial sticker was found at a local elementary school.

The sticker, which was taped to a window of Binns Elementary School, read: “IT’S OKAY TO BE WHITE.” The Columbus City School District has begun its investigation into the matter.

The sticker, which was found by parents during a weekend, has sparked controversy on social media.

The sticker was taken down by a parent.

However, this was not the first time the same phrases were put on buildings all over the country. Two central Ohio universities removed stickers and flyers with the slogan from campus in November and the FBI was called in.

According to the Anti-Defamation League, the stickers are part of a campaign by white supremacists.

One parent, Jessica Kaylor, was happy that the sticker at Binns Elementary was removed.

“This is completely wrong,” she said. “It doesn’t belong in schools, it does not belong.” “We are currently in the process of investigating this matter. What I can tell you is that an alert parent notified us today, about a post that was circulating on social media over the weekend. That parent came up to the school and removed the stickers after seeing the post. It’s important that we all work together to keep our children safe and our schools a welcoming environment that’s conducive to learning and growth for everyone. The District does not discriminate based upon sex, race, color, national origin, religion, age, disability, sexual orientation, gender identity/expression, ancestry, familial status or military status with regard to admission, access, treatment or employment.”