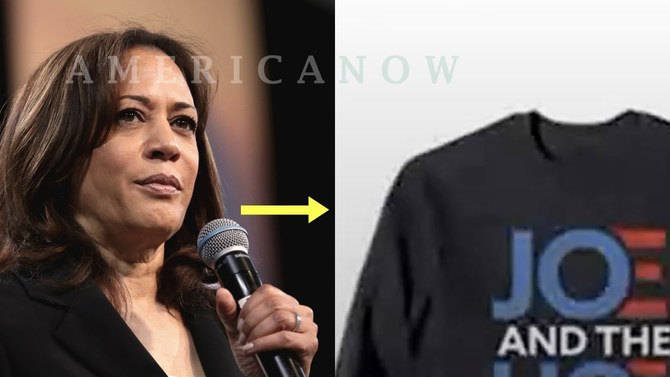 Amazon pulled down a line of clothing using a derogatory term to refer to Kamala Harris.

The seller, The Oxygen Bandit, had put up t-shirts, tank tops, hoodies and sweatshirts featuring a design similar Joe Biden's campaign logo, but with the words "Joe and the h**," a term meaning "whore." An Amazon spokesperson told USA TODAY: "All sellers must follow our selling guidelines and those who do not will be subject to action including potential removal of their account. We are working to remove these products."

The meme became popular after Rush Limbaugh pushed misinformation about Kamala Harris during the campaigns.

The meme is part of smear campaigns targeting Harris because of her relationship with former San Francisco mayor Willie Brown 25 years ago. Harris’ relationship with Brown ran between 1994 and 1995, but her first successful run for office was when she won the San Francisco District Attorney Run-off election in 2003.

The Oxygen Bandit doesn’t seem to have standalone website. The seller also offers clothing items with the words "Kamala smelled the best," referring to claims of inappropriate behavior by Joe Biden. These items are still available, and Amazon declined to reveal whether it would remove them.

Twitter users saw the item on Amazon and user @LesaPamplin urged people to send in their complaints to the retailer.