Patrice 'Tricey' Brown, a fourth grade teacher, has been dubbed as '#TeacherBae' on Twitter and also has been called the 'sexiest teacher alive' in Atlanta. She is also a paraprofessional for Atlanta Public Schools and has been a viral sensation in social media.

With her skin-tight dress and wavy curls, Brown rocks her look in the classroom and posts various selfies on her now-private Instagram. She has also caused quite a stir on Twitter for her  'inappropriate' work attire, creating an all-out social media war between the netizens with comments from hundreds of users. 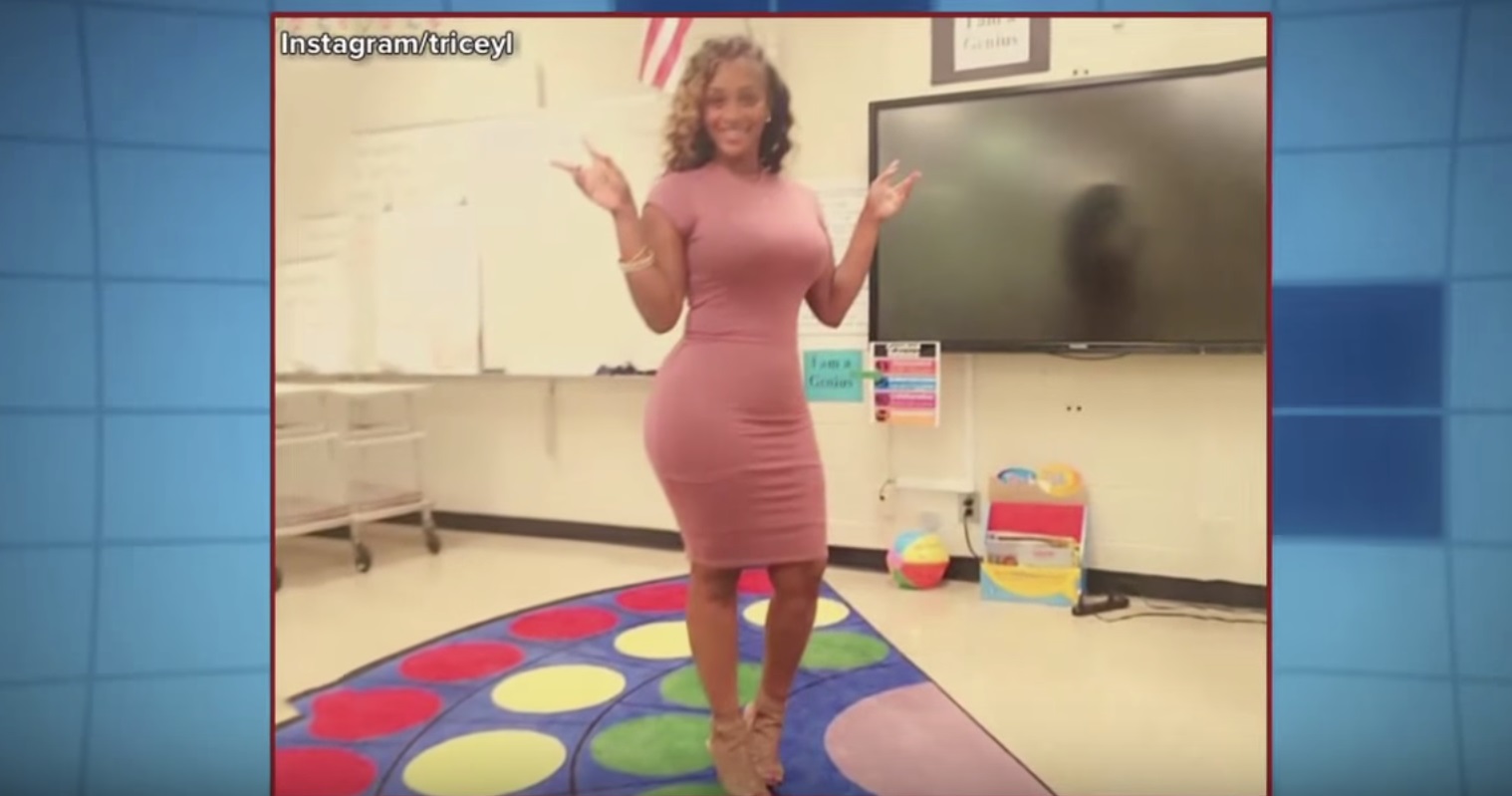 Some of the pictures show Brown in a tight pink dress with matching heels, and another with plain denim jeans and a printed yellow tee. Although the clothes were not revealing in particular, they were mostly bodycon dresses that looks fit on her, which is an issue for some.

Some users claim that Brown’s work attire is just too “sexy” for her fourth grade students, but some have also defended Brown’s case, where they say that she just happens to be physically curvy and the dress just amplifies her physique’s natural shape.

Brown’s Instagram account, where she goes by the username 'Paris Monroe', has currently around more than 122,000 followers, quickly gaining on her popularity because of the exposure. She has also been declared as the school’s 'Teacher of the Month' in one of her posts.

One user had written in a Tweet: “My sister is a principle in Atlanta and I know she would have sent ole girl home on sight. Like, naa. Try again.”

Another also wrote: ''How is that appropriate? You can see her bra and thong line in the pink dress? Punishing her for being beautiful?

Still, a few users defend Brown’s choice in clothing, saying in her defense that curvy women are often over-sexualized, and would not have been an issue if she had been thinner.