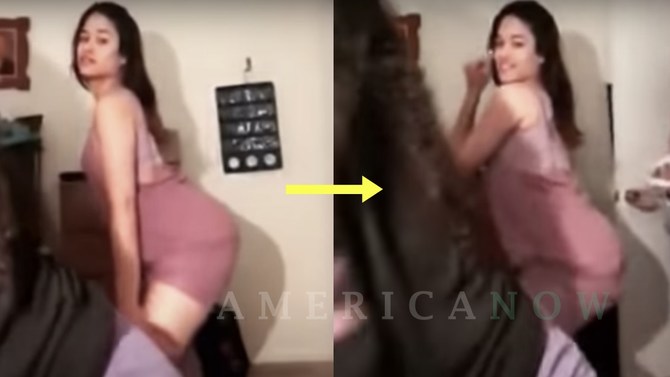 A furious mother created an inadvertent hilarious moment after she walked in on her two girls twerking on camera.

The teens, believed to be Spanish, were seen dancing in front of a webcam with Spanish music playing in the background. However, their mother burst into the room moments later carrying a washing basket.

Noting what the girls were doing, she immediately took off one of her slippers and smacked the girls across the back. She then walked in and shoved the girl closest to the camera with her hip. The girls shrieked at the interruption, and one was seeing moving to evade a second smack just before the clip ended. The irate mum surprisingly maintained a hold of the washing basket during the entire incident.

The footage quickly went viral, with many choosing to side with the mum. One social media user praised the woman’s level of “multi-tasking,” while another person commented: “I love that she didn’t even put down the laundry.”