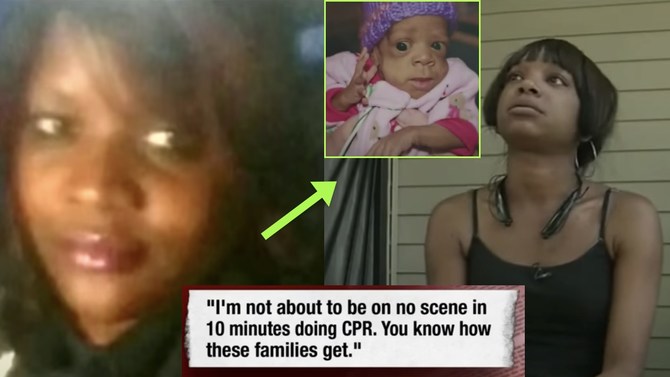 Detroit fire commissioner Edsel Jenkins announced on Wednesday that the EMT who refused to help a baby when she was minutes away from their home has been fired.

Ann Marie Thomas was fired from the Detroit Fire Department following the completion of an internal investigation into the matter.

"Today, we conducted an appeals hearing, which Ms. Thomas requested. After reviewing all of the facts of this incident, I have determined that the appropriate course of action is to terminate Ms. Thomas' employment with the Detroit Fire Department effective immediately," Jenkins said in a statement released on Wednesday. The veteran medic was ordered by a frantic supervisor to respond to the house, where the mother had called for help, stating that her baby was not breathing. Thomas was 9 tenths of a mile from the home, where she had been on a previous run. However, she flatly refused to respond to the scene.

The 8-month-old baby was just a two minute drive from her location, at normal speed, but Thomas arrived after six minutes. She shocked dispatchers when she told them "33 is in position on Pembroke around the corner from the scene."

"33, I'm going to need you to make that scene," the Detroit Fire EMS supervisor said. "You're going to have to make patient contact." Thomas parked the vehicle just a street away from the baby, but refused to go to the house.

911: "Uh, Romeo 33? Updated information that the child is not breathing. The baby was hooked up to an oxygen machine because it was premature. Romeo 33?"

Still, Thomas and her partner did not make a move.

They still refused to go to the house.

The department conducted two internal investigations, and a report stated that Thomas had told her supervisor, "I'm not about to be on no scene 10 minutes doing CPR, you know how these families get."

An ambulance eventually arrived and transported the baby to the hospital. She was revived, but unfortunately, she died the next morning.

"EMT Thomas was immediately removed from duty following this incident," Commissioner Jenkins said. "She has since filed an appeal. As executive fire commissioner, I have the ability to make the ultimate determination."