On Saturday evening at his workout at a local high school in the Atlanta, Georgia area, Colin Kaepernick faced criticism for his T-shirt choice.

The former NFL quarterback wore a “Kunta Kinte” shirt to his workout. Kunta Kinte is from Roots: The Saga of an American Family by American author Alexy Haley in 1976. Kinte was an African native that was brought to America as a slave.

He has then been referenced in a few prominent films, including Coming to America. He’s also a main character in Root’s miniseries.

Some people said that Kaepernick shouldn’t have chosen that shirt to wear to his NFL workout. A tweet from Clay Travis said he “Colin Kaepernick, who has made tens of millions of dollars playing football, showed up for his NFL workout with a film crew in a Kunta Kinte shirt, equating himself with the slave from Roots. I honestly believe he doesn’t want a job, he wants to remain a victim & woke SJW martyr.”

Meanwhile, he issued a strong message to reporters after his workout. 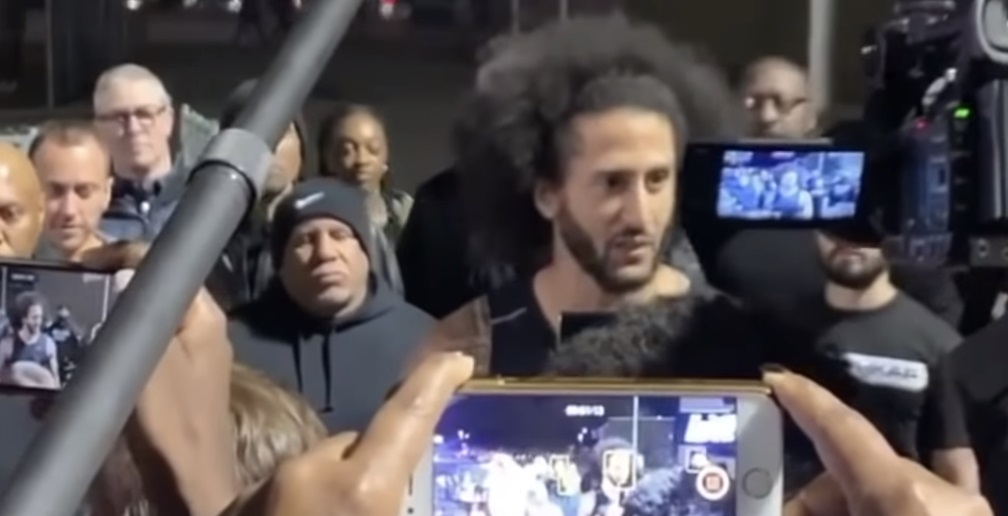 Reports say that there were eight teams present at Saturday’s workout which had the venue relocated from Falcon’s facility to a high school that was 60 miles away. After the location change, several NFL teams didn’t show up.

During his workout, Kaepernick’s arm strength reportedly impressed scouts. However, it remains to be a mystery if he is being considered by anyone.