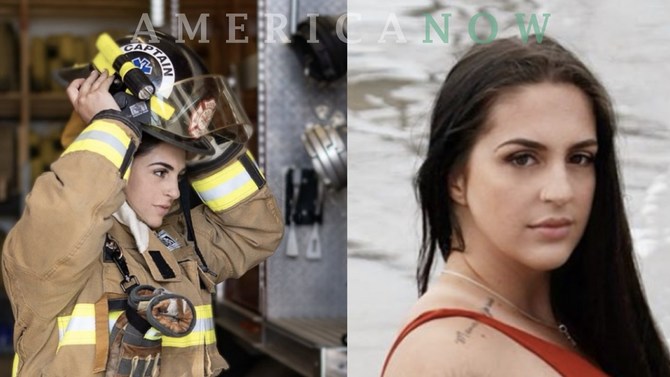 Presley Pritchard, a former firefighter paramedic with Evergreen Fire Rescue in Montana, filed a wrongful termination suit against the station. The suit claims that she was fired because of the pictures she posted on her Instagram account.

She said that the department asked her to delete a number of posts that they considered to be racy. Some of the posts featured her in her workout gear and others in her firefighter uniform.

The part-time firefighter also works as a personal trainer, and her posts are usually dedicated to her gym sessions, snowboarding, and shooting her gun.

According to Pritchard, she was first asked to take down the posts in 2018 after a “concerned taxpayer” emailed a board member about Pritchard’s Instagram photos. In July 2018, she was asked to defend herself before the department’s board members.

The chairman concluded that there was no wrongdoing on her part, but that a social media policy needed to be created. No policy was ever created.

Her situation escalated after she started selling “Firefight Like a Girl” T-shirts on her website. She maintained that a supervisor had allowed her to do a photoshoot for the shirts at the department on her time off. However, she was issued with a disciplinary letter claiming that she had violated two departmental policies; disparaging the department, and using the department’s facilities for personal gain.

She was told she had five days to delete the posts or she would be fired. She was then demoted to part-time as needed.

She consulted a lawyer who told her that since the department did not have a “standard social media policy” in writing or communicated to employees, she did not have to delete the posts. She chose to keep them.

On August 15, 2019, she was fired after resuming work following a five-week medical leave. She decided to sue for compensation for lost wages, time and emotional stress that led her to seek medical treatment.

She called out the department for its double standard: “Several male employees in the department have photos of themselves in uniforms and turnouts in front of fire trucks and at the department on their social media accounts. Importantly, Evergreen Fire Department does not have a social media policy and never has. I was directly targeted due to how I looked in my gym attire at a public gym.”

She is waiting for the state’s investigation, which may lead the parties to battle it out in court depending on the outcome.