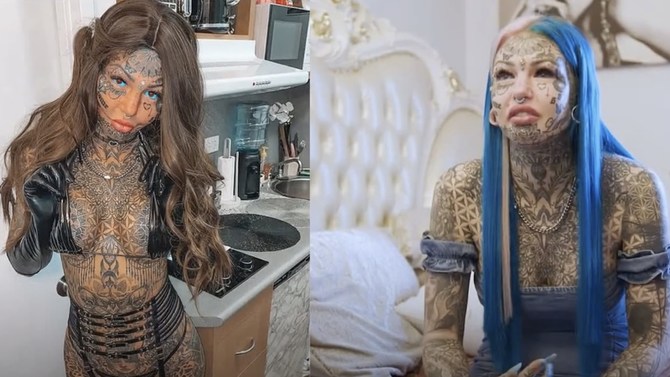 Amber Luke, a Brisbane body modification enthusiast, posted a never-before seen photo of herself before she underwent a $120,000 head to toe transformation.

Luke spent $50,000 on about 600 tattoos, including having blue ink injected into her eyeballs in a 40 minute procedure that blinded her for three weeks. 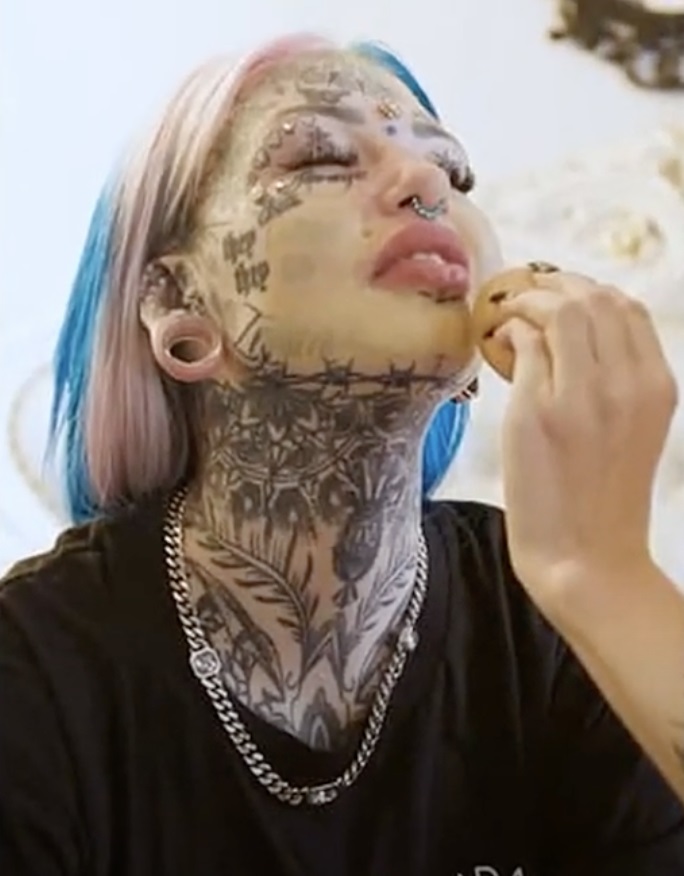 Luke, a self-described “blue eyed white dragon girl,” posted a picture of herself before the extreme makeover, when she only had a quote tattoo on her collarbone and a tiny piercing on her cheekbone.

“No face tattoos, just a dermal [piercing],” she captioned the Instagram Story. “We've all got to start somewhere.”

She posted another photo of her 18-year-old self, rocking a bare face and quotes along her ribs.

“This was me at 18 years old. I was so catatonically depressed, suicidal and was a walking dead girl. I was numb. I hated myself majority of the time - that hatred ran deep. It tormented me,” she captioned the post. “Now, I've totally transformed myself into someone I'm proud of being. I'm a strong woman who knows exactly what she wants and who she is.” 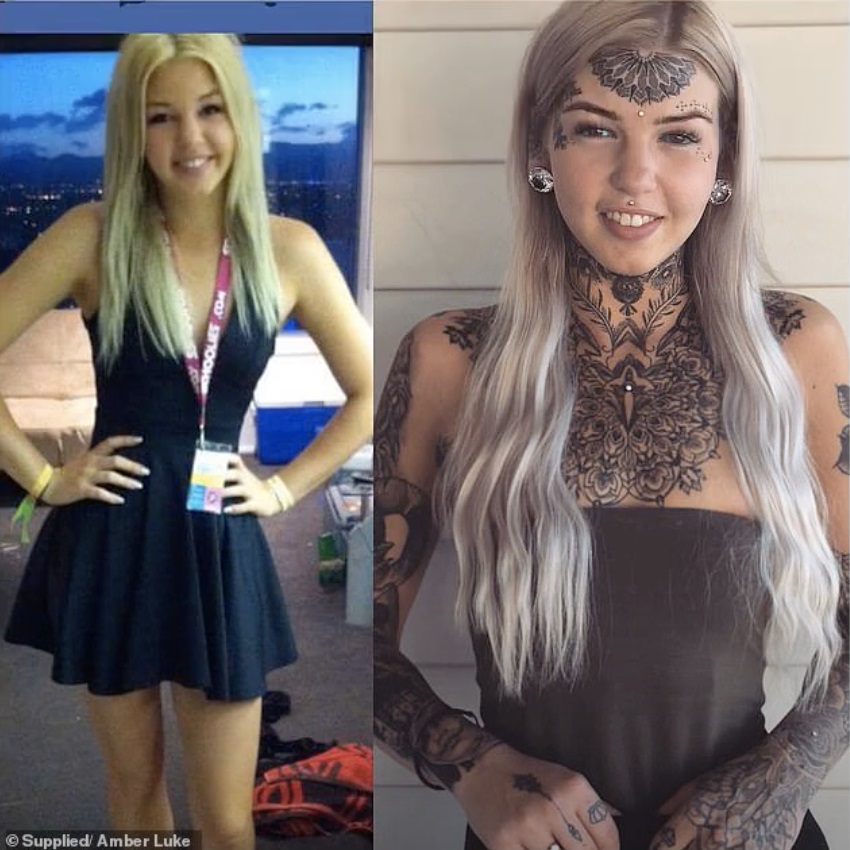 Last November, Luke revealed that she had gone blind for three weeks after the procedure on her eyeballs.

“I can't even begin to describe to you what the feeling was like, the best thing I can give you is once the eyeball was penetrated with the ink, it felt like [the tattoo artist] grabbed 10 shards of glass and rubbed it in my eye,” she told Barcroft TV. “That happened four times per eye, that was pretty brutal. Unfortunately, my artist went too deep into my eyeball. If your eyeball procedure's done correctly, you're not supposed to go blind at all. I was blind for three weeks. That was pretty brutal.”

She had previously stated that she never wanted to get the extreme modifications again.

“I don't plan on getting any more body modifications that are extreme in that manner. So no more tongue splitting, no more eyeball tattooing,” Luke stated.

She stated that she had never liked herself before the modifications.

“I saw myself as very plain looking when looking at before photos, I absolutely hated the way I used to look. It wasn't me. I was boring,” she told Daily Mail Australia. “But I've evolved myself over the years into what I want to be and look like, but in saying that, I still have a long way to go.” 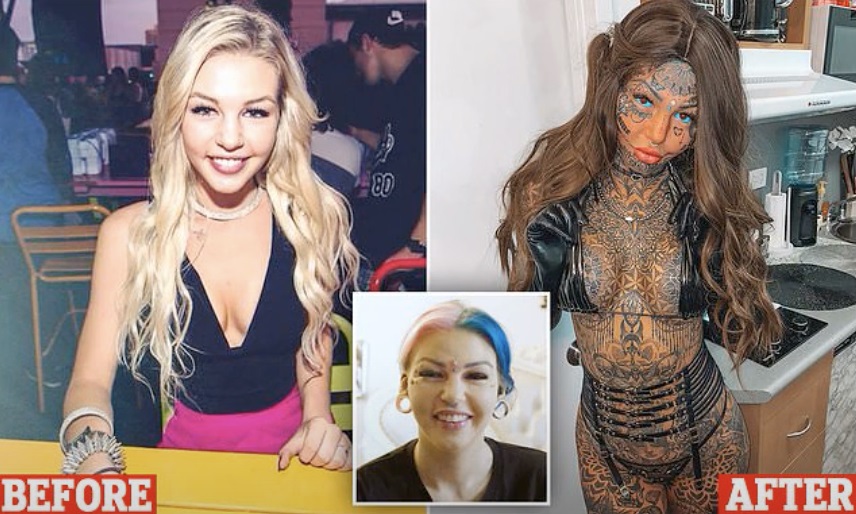 Luke stated that she had “no regrets” regarding her 10-year modifications.

“I'm not worried what I'm going to look like when I'm older, I understand that everyone ages and I don't think anyone will be looking too ‘pretty’ at 70 years old. At the end of the day, it's the only thing I can take to my grave with me,” she said.

Luke stated that she has mixed responses since her transformations.

“I gained a lot of support and positive vibes from complete strangers - there was always the few nasty opinionated ones who try to make you feel inadequate, but I never let them get to me,” she said. “I'm not harming anyone in the process, I'm doing what I want to do and if it makes me get up in the morning and be a happy person, then so be it.”