18-year-old Tyler Maxwell is suing a central Florida school district after his school revoked his parking pass. Tyler had refused to remove a large elephant statue from the bed of his pickup truck, prompting his pass to be revoked.

Maxwell told Fox 35 that the elephant was a gift from his grandfather, which he had bought from an old dealership prior to the 2016 presidential election. Maxwell had then helped his father paint the elephant four years ago using the blue, red and white colors in support of Trump.

Maxwell said that he put the elephant in his truck and parked it at Spruce Creek High School’s student lot on September 14.

“I’ve been pretty excited for the last four years to be able to vote,” he said. 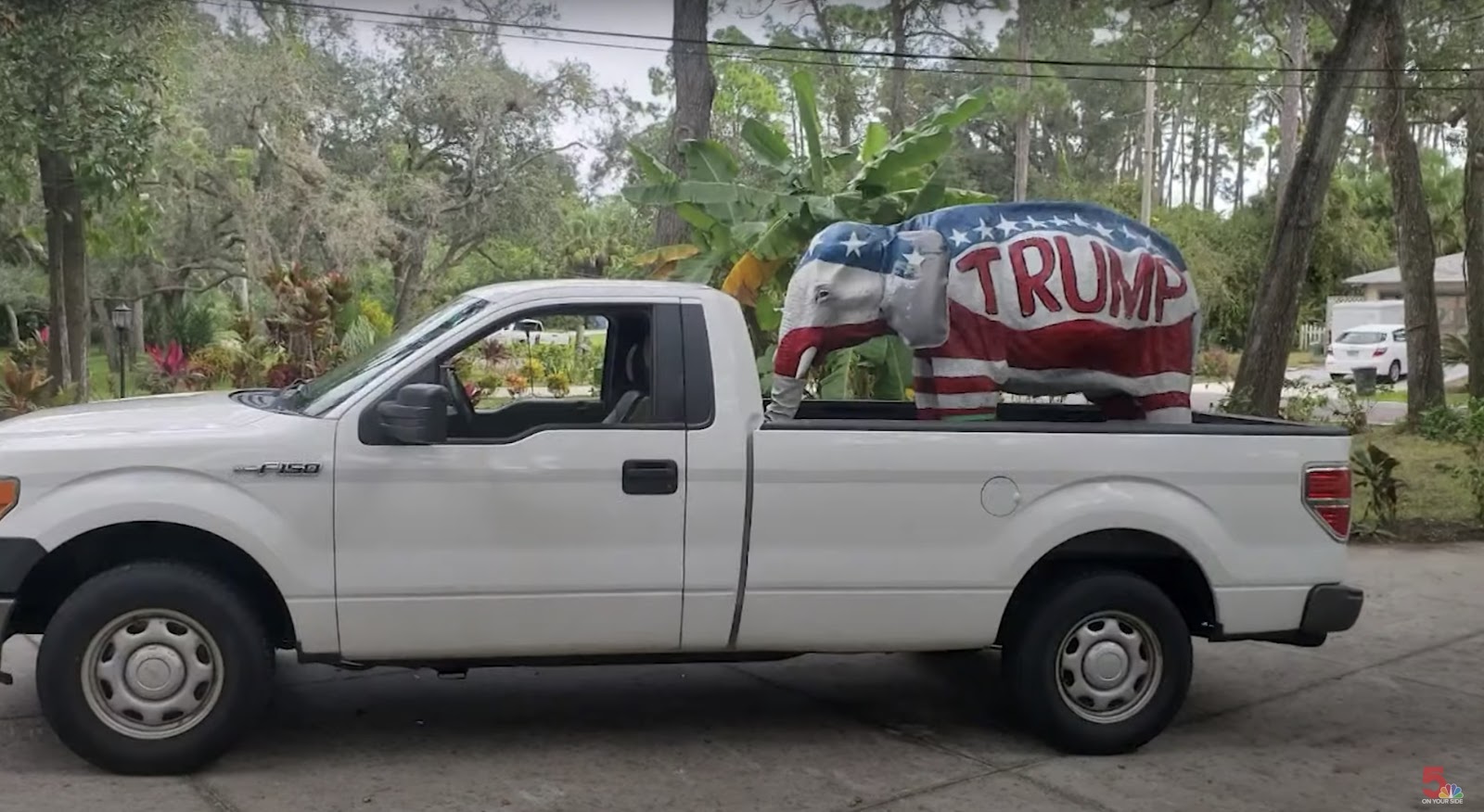 About 20 minutes into his first class, he stated that he was summoned to the principal’s office.

“I was told to I had to go ahead and take it off campus,” he said.

He stated that his father had driven to the school to ask for a written reason as to why his son couldn’t keep the Trump elephant in his truck. He never got the written answer, so Maxwell showed up at school with the elephant the next day.

“Tuesday morning, my parking pass was taken away,” he said.

He left school and chose distance learning. The family hired an attorney who filed the federal lawsuit claiming that the school district is violating Maxwell’s freedom of speech. 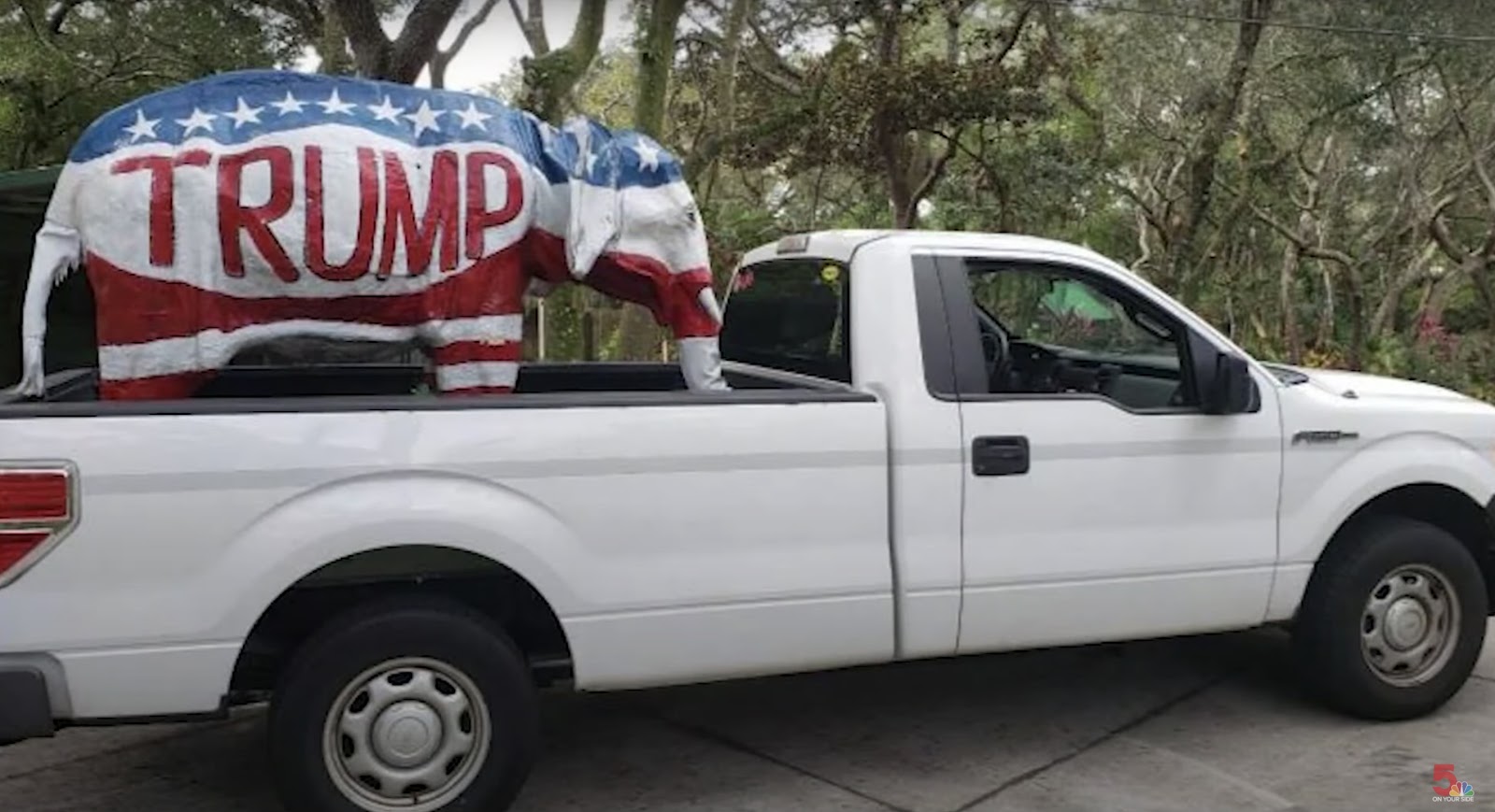 “It’s a freedom of speech case. The question is should a student have to give up his free speech right when he drives onto school property. The answer to that is no and the school just needs to realize that,” Jacob Heubert, the attorney, stated.

Volusia County Public Schools released a statement maintaining that the school board had an obligation to provide students with neutral campuses. 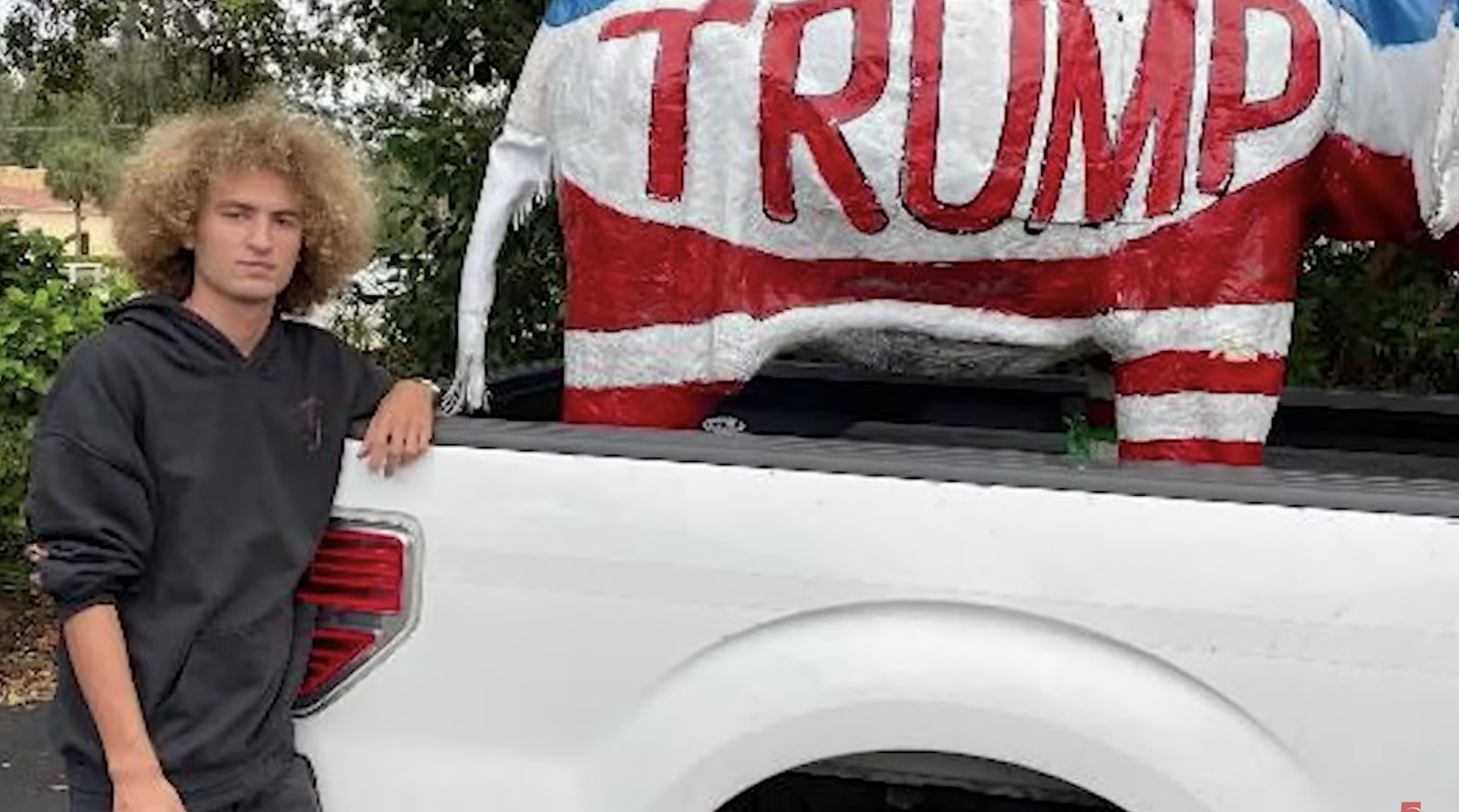 “We allow political expression by students in the form of a T-shirt or a bumpersticker," the statement read. “But large signage is a different situation. A passerby could interpret a large sign in a school parking lot to be an endorsement by the school district … We don’t allow our parking lots to be used for political statements.”