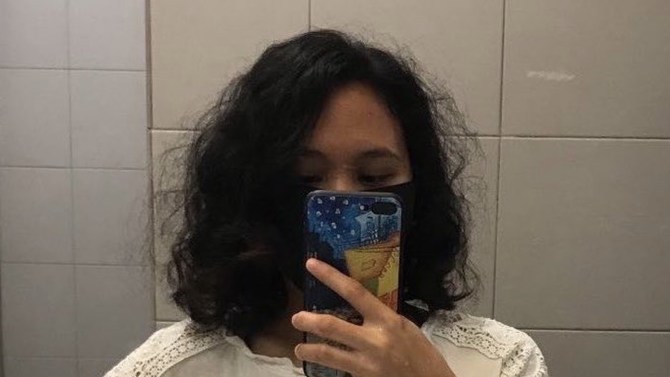 Malaysian law student Syarifah Amin took to Twitter to recount the incident where she was denied entry into a public library because her “bra lines” were visible, a breach of the dress code.

The Kuala Lumpur Library receptionist and security guard refused to let her into the building.

According to Syarifah, they told her that her bra was "eye-catching," despite the fact that she was in a long sleeved top.

She stated that if she hadn’t put on a bra her nipples would have been visible. "Anyways, I told the guard and the receptionist I came here to study," she said. "I’m wearing long sleeves and long pants. I’m not going to wear a 'sweater' to cover my ‘bra lines.’ I literally just want to study."

She stated that she "literally fought" her way into the library, writing, "They let me in cause they were scared I was gonna make a fuss."

She shared a set of photos of the outfit, writing, "Here are some other angles of my clothing since some comments are still justifying its inappropriate."

The library defended its actions, writing that visitors must comply with the dress code. "So they expect you to not wear bra?" one Twitter user asked.

Another one wrote, "Why is this such an issue. I mean your outfit is modest enough!"

"I don’t see how this is ‘inappropriate’ dressing honestly I would’ve done the same thing too. It’s a library and you’re just there to study for God’s sake," another person wrote.

Syarifah responded to one of the comments, "Tell me about it... ?! And it’s a libraryyyyy I’m wearing the most boring unattractive clothes to be comfy in. And what are they afraid of ??? The mALe gAzE???"

Another person commented, "Utterly absurd that you had to endure this. Creepy obsession with policing women's bodies, the way we dress. How did we get here and how do we get the heck out. Glad you pushed back (but frustrating that you had to in the first place)." Some people blamed Syarifah, with one person writing, "Better study at home if you can’t respect the rules..."

Speaking to the South China Morning Post, Fila said, "As the world learns to live with a new normal, it's disheartening how Malaysia continues to find itself stuck with a 'norm' it refuses to move on from."

"Preventing a young woman from having access to a public facility, all in the name of visible bra lines, shows us very clearly that it is more important to regulate what a woman chooses to wear, than to allow her, her rights as a citizen to utilize the public space to study, as she ought to be able to," she added.