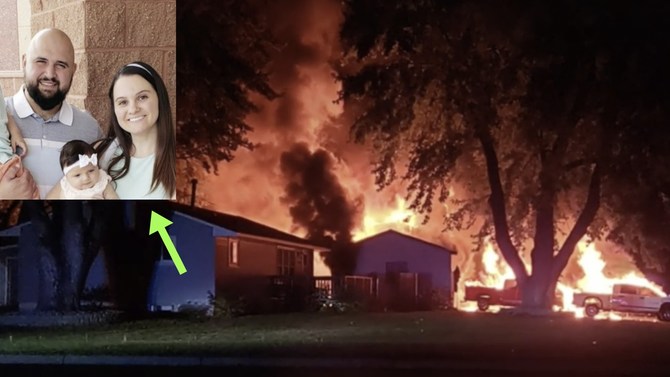 A Family in Brooklyn Center found their trucks and garage burned on Wednesday morning, and they think it is related to the “Trump 2020 flags on them.

The FBI and ATF have begun an investigation into the incident.

Denis, the husband, said “he had a big and loud bang. All he could think about were his wife and kids. At 3 a.m on Wednesday, the family’s trucks, trailer, and garage were burned. Denis saw three people running, but he was focused on his children’s safety.

The family said they got the Trump flags a week ago. Dennis, who is a contractor, argued the work site after showing support for Trump. They noticed people driving slowly past their house and taking photos of the flag since they put it up. Deana, the wife, said she is just happy that they are alive. The family saved four puppies from the burning garage. They expressed shock at being targeted for political beliefs. Dennis is still shocked that people would target others over political views.

Although one of the surveillance cameras was blocked, the other cameras are now with the authorities. According to the Brooklyn Center police, the Minnesota Arson Reward Project has offered a $5,000 reward for information on the incident. The arson hotline is 1-800-723-2020.