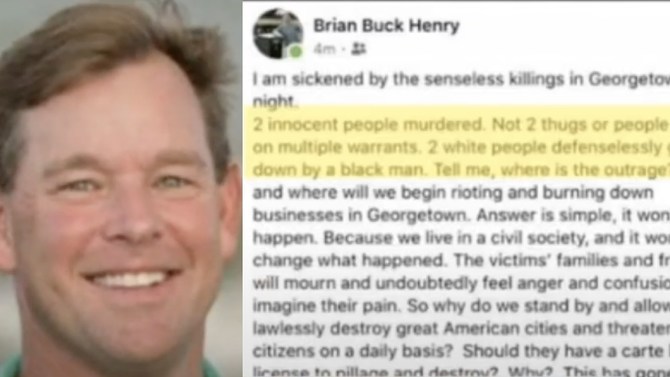 Pawleys Island’s Costco has stopped the sale of Palmetto Cheese after the company’s owner labelled Black Lives Matter and Antifa as “terror organizations.”

In the picture published by Georgetown Times, there was a sign by Myrtle Beach Costco stating that the cheese has been “discontinued and will not be re-ordered by Costco.”

It also stated that the removal of the item from over 120 other Costco stores.

The Mayor of Pawleys Island, Brian Henry, is the owner of the Palmetto Cheese Company. He faced backlash for his post on Facebook in August, saying BLM protests murdered a young new homeowner and her stepfather who died of a gunshot in front of her yard.

According to reports by Georgetown Times- Henry posted on Facebook in August stating that a black gunned down two white people without being able to defend themselves.

He stated in the post that BLM protesters are threatening the civility of the society, and asked for outrage.

Henry already deleted the post and apologized, but he had already been cancelled along with his cheese company by the mob, according to Fox News.  He stated to the press in a conference on Sept. 3 that his comments were hurtful and insensitive. He has asked people to stop the boycott of the cheese company and consider the hundreds of employees that depend on the success.

The Mayor believes that Palmetto Cheese being taken away from Costco shelves is part of usual operations of product rotation, and will soon be returned.

Costco is yet to put out a formal statement on the issue. The National Association for the Advancement of Colored People (NAACP), Georgetown Chapter has asked the Mayor to resign.

Palmetto Cheese can still be found in 9,100 stores in 44 states and Washington, DC.