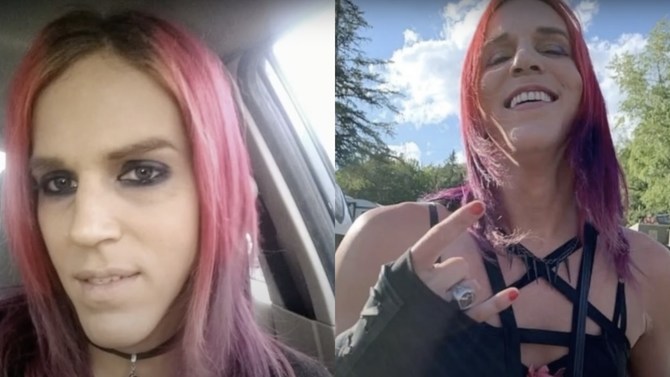 According to Inside Edition, Aria DiMezzo, a transsexual Satanist anarchist has won the GOP nomination for New Hampshire County Sheriff.

It was revealed that aside from her anti-cop antics, one other thing that set her apart from her rival was her stance as a "transsexual Satanist anarchist.

Speaking to New York Post, the outspoken DiMezzo expressed that she's always been upfront about who she was and what she believed. Her poll number revealed that she'd beaten the odds to be Hampshire County sheriff despite every backlash she faced. Her libertarian learnings and her title of High Priestess of the Reformed Satanic Church and not forgetting her non-law-and-order campaign mantra: "F*** the Police."

During the polling, about 4000 people voted for DiMezzo; however, many of these voters had no idea of the new county sheriff belief and platforms. She further said that I'm not sure many voters understand or had any idea of who I am before voting. She believed that if they had, many would not have voted for her.

Since the news of her nomination broke out, DiMezzo took the opportunity to send a message out to her critics who thought she couldn't make it through the New York Post saying; "They have been so focused on the system, and they have been convinced that it was utterly perfect and they had placed all their trust in it when they had no idea it had been completely broken and needs repair.