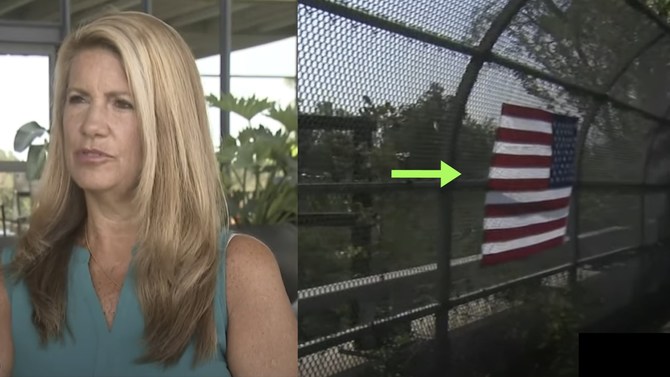 New Jersey Governor Phil Murphy has called off a controversial new policy that called for the removal of dozens of American flags hung along the state’s highway overpasses.

“I didn’t like what I heard,” the governor said about the briefly instituted policy, which was slammed by police, veteran groups and Republican lawmakers.

“We’ve suspended that for the time being until we can find a good way forward,” Gov. Murphy said. “We are the greatest nation on Earth even though we’re far from perfect and our flag represents that nation.” People started hanging flags above the New Jersey Turnpike after the September 11 attacks, but the state agency overseeing the highways recently declared that the flags were in violation of state law and needed to be taken down.

According to NJ.com, The Turnpike Authority’s rules prohibit “displays, posters, or placards, or display any advertising matter of any kind … on the roadway.”

Michael Slininger, the Robbinsville Township police union president, stated that his group had paid for 12 flag replacements along the Turnpike and I-195, and that the policy change blindsided him.

“It is not known what happened to the brand new flags that we put up, but we truly hope they were respectfully disposed of, if not displayed elsewhere,” he wrote on a Facebook post.

As more and more people found out about the flag removals, two Republican state legislators threatened Murphy with action if he didn’t back down and introduce a bill that would exempt Old Glory from the statute.

“This is an instance where government oversight obviously is not needed,” Sen. Declan O’Scanlon and Assemblywoman Serena DiMaso stated in a joint statement. “We clearly have a massive group of private citizens, veterans and police officers dedicated to ensuring that those flags are safely and securely hung, and respectfully maintained.”