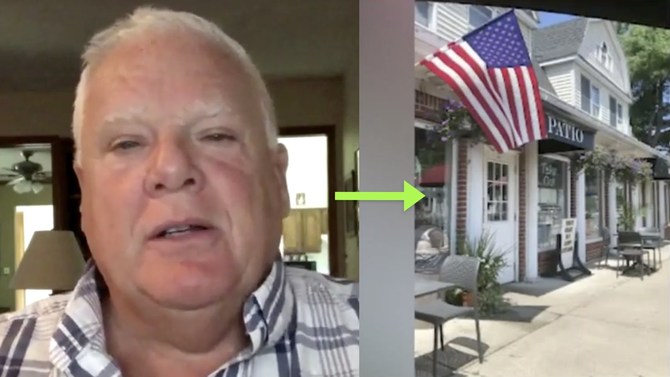 Guy Caligiuri, the owner of a Long Island pizza shop, spoke out after he was canceled by some customers for flying a Trump flag in his store.

He told Varney & Co. host Stuart Varney that a woman had walked into his shop, Patio Pizza, to pick up an order when she noticed the flag and “took offense” after an employee asserted that it was his.

She then stated that she was the admin of a Facebook page, and promised to post the encounter with the purpose of driving the pizza shop out of business. "I've been in business for 43 years and I've seen a lot," Caligiuri said. "And, I just took it in stride... I just ignored it, basically."

However, his phone started ringing with calls about "this woman who had posted nasty things about me online and was asking the [St. James] community to boycott Patio Pizza."

To Caligiuri's surprise, residents from all over Long Island showed up at the shop to vocalize their support for the business and the president. "They supported our president. They support the flag that I had hanging in the back of my store," he said.

Caligiuri stated that he also has an American flag hanging in the front of the store.

"I think he's a fantastic president, I think he's done a great job, and I think it's my right to support him and to show my support of him," he said. Caligiuri stated that he had the support of his local community which "rallied behind" him, and that he'd received phone calls from all over the country.