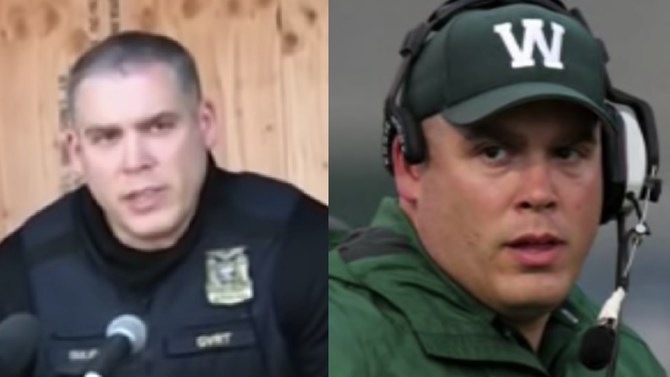 Portland Police Sergeant Ken Duilio got fired from his position as the Cleveland High School football coach by Portland Public Schools. He coached the 2019 season, but was informed that his contract wasn’t going to be renewed.

He received the notice of termination weeks after locals protested his appointment as the coach because he was a PPD sergeant, and the schools began calling for his termination.

Marshall Haskins, the athletic director for Portland Public Schools, stated that the school chose to terminate Sergeant Duilio’s contract because they “chose to go in a different direction” for the 2020 season. He maintained that the termination had nothing to do with his position in the PPD.

However, Sergeant Duilio stated that a group of individuals launched a coordinated smear campaign against him shortly after his speech on June 26 during a news conference at the North Precinct. One incident referred to an assault that took place outside a downtown Portland restaurant. Sergeant Duilio, together with two other officers, were all off-duty when five individuals – believed to be gang members – attacked them.

Two officers were hospitalized in the attack, while Sergeant Duilio escaped unharmed.

The flier alluded that the three of them had been “staggering drunk” and that they challenged people on the street when the five men took “the dare and beaten the piss out of the three drunken off-duty cops.”

The second incident involved the accidental shooting of Bruce Browne in July 2001. Sergeant Duilio responded to a call about a man with a gun at a gas station on Northeast Martin Luther King Jr. Boulevard. Browne had already wrestled the gun from the assailant’s hands, but Duilio mistook him for the gunman and shot and wounded Browne.

Browne survived and sued the city, and they reached a $200,000 settlement. A grand jury found Sergeant Duilio not guilty of criminal activity in the accidental shooting, but Mark Kroeker, the police chief, called the incident “regretful.”

Sergeant Duilio maintained that the fliers “distorted” the facts of the incidents, and claimed that “there is more to it.”

He stated that a week before he was fired, he was called into the school district’s office to discuss the incidents outlined in the flier. He was asked to resign on two occasions, and he declined each time. The district then made the decision to fire him.