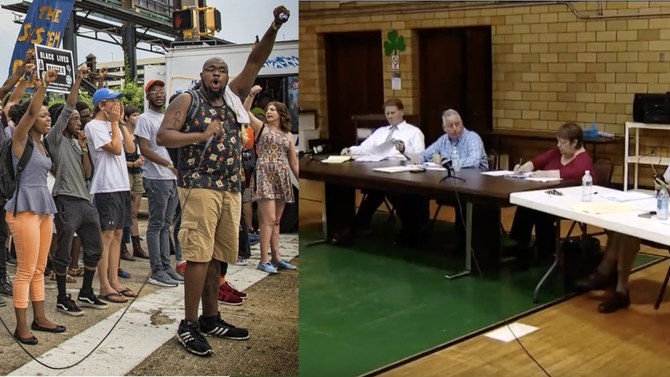 On Monday, residents of East Pittsburg gathered to complain about the rise of violent crimes in the area and the lack of police presence. This comes just eight months after the East Pittsburg Police Department was disbanded.

After the officer-involved shooting of Antwon Rose, the East Pittsburg Borough Council voted to disband the department and asked the Pennsylvania State Police to cover the borough while a more permanent solution was sought.

However, a day after the department was dissolved, residents noticed the lack of police officers patrolling the area.

Sean Andrejco told the Pittsburg Post-Gazette: “They’re supposed to be learning the streets and all that. That’s why the problem started. It was a young cop who didn’t know what he was doing.” Rosfeld was found not guilty on all charges.

Pennsylvania State Police accepted the request to patrol the borough. However, Trooper Melinda Bondarenka explained that the troopers would not be specifically patrolling the borough. Instead, on-duty troopers would continue with the usual highway patrol, and include the East Pittsburg borough in their duties.

Bondarenka said, “They will be in and out of the borough.”

She explained: “We’re required by law that if an area does not have police services, to come in and provide full-time police services. We have no idea how long we’re going to be there. Or if [East Pittsburgh officials] are going to try to negotiate with another department nearby. We’re just there for however long they need us.”

“If we need backup or depending on our call volume and our location, if the trooper is already on something else, we might request a neighboring agency to come in until we get there. Just like if we have a crash on the Parkway, and there is another crash, we’ll ask a nearby department to get there, render aid and do whatever needs to be done,” she added.

As the residents of East Pittsburg complained about their situation, they were met with little sympathy. Many people outside the community were quick to blame the residents for their plight.

“They drove their own police force out. Now they want to complain because it takes longer to have the State Police respond to calls. They should thank God that any police are still willing to come into their Community. After the way they behaved last year,” Paul Albright commented on the KDKA Facebook post.