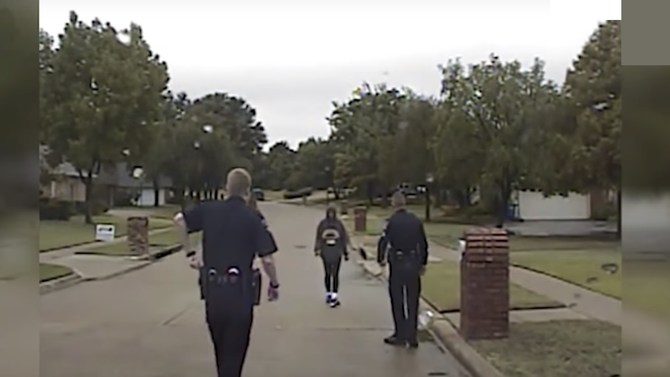 Dorothy Bland, dean of journalism school at the University of North Texas, wrote a column in the Dallas Morning News stating that she was stopped by police on Oct.24 while walking in her neighborhood.

She claimed that she was stopped because of “walking while black.” In response, the police chief refuted her claim, and released the dashcam footage of the incident.

Bland wrote in her article: "Flashing lights and sirens from a police vehicle interrupted a routine Saturday morning walk in my golf-course community in Corinth. Like most African-Americans, I am familiar with the phrase 'driving while black,' but was I really being stopped for walking on the street in my own neighborhood?"

She added: "I had no interest in my life's story playing out like Trayvon Martin's death. I stopped and asked the two officers if there was a problem; I don't remember getting a decent answer before one of the officers asked me where I lived and for identification. I guess I was simply a brown face in an affluent neighborhood."

The Corinth Police Department responded to Bland’s column, and the response was also published by the Dallas Morning News. Police Chief Debra Walthall maintained that she was not stopped because of her race, but for her safety. The response also featured the dashcam footage which showed Bland walking on the street before she was stopped by a police sergeant and officer trainee.

The two officers then walk up to her and advise her to walk on the other side of the road where she can be able to see the oncoming traffic. They mention a truck, saying she never saw it and impeded the traffic.

One of the officers is heard saying; "We didn't want you to get hit."

When asked for ID, she says she didn’t carry it because she was exercising. The cops radio her name and birth date to the station.

Bland then states she need to document the incident, and with their permission, takes a picture of the cops and their vehicle.

She is then heard saying that she can't believe she was pulled over for walking, reminding the officers that she is a law-abiding, tax paying citizen.

She is then released, and can be seen walking on the other side of the street.

Walthall wrote; "They immediately advised ... that it was safer for her to walk against traffic so she could see the cars and jump out of the way if necessary. Impeding traffic is a Class C misdemeanor, and it is our policy to ask for identification from people we encounter for this type violation."

"I am surprised by her comments as this was not a confrontational encounter but a display of professionalism and genuine concern for her safety," she added.