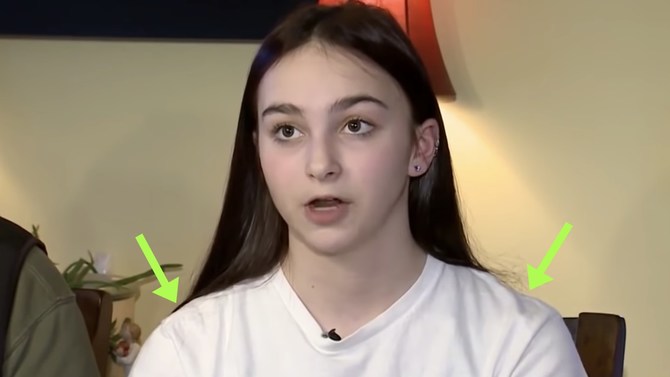 A school district launched an investigation in Epping High School after freshman Ciretta MacKenzie stated that the principal told her to cover her pro-Trump T-shirt.

She was disappointed by how the principal handled the situation.

She said, “I don't understand why I was dress coded. There's no reason. I was supporting my president. What is wrong with that?”

She said, “He gave me a speech saying how we can't mix church and state within school and how President Trump is very controversial.” She stated that she had worn the shirt during “America Day,” a school event where students are encouraged to put on patriotic clothing.

She said that the principal told her that he didn’t want her to be harassed and singled out because of the shirt.

“After I covered up, because I was kind of ashamed, kids who don't support Trump, some of them were, like, ‘You get what you deserve. Shouldn't be wearing,’” she said.

She added that the added attention meant that she was going to get more backlash from the other students during the week. She wishes that the school’s administrators had handled the situation differently.

She said, “I wish he told me, ‘You are wearing a Trump shirt, he is controversial, I'm not going tell you to cover it up, but if you do have any harassment or anything, just come to me and I'll handle it.’ I wish that was how he handled it. I think he took the easy way out.”

MacKenzie stated that she was expecting a meeting with administrators on Friday and was planning to attend a school board meeting next week to talk about dress code policies.

The district superintendent wrote a letter stating that the incident was under investigation. The American Civil Liberties Union of New Hampshire stated that it had submitted a request for more information on the district's speech policies.