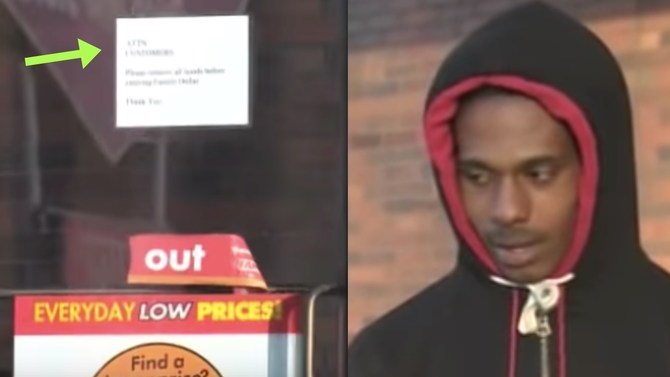 After a number of stores in St. Louis became the victims of various crimes, Family Dollar stores decided to take action to protect the stores from falling victim again.

The stores put up a sign that read: “ATTN CUSTOMERS Please remove all hoods before entering Family Dollar. Thank You.”

With some stores having dealt with shootings and robberies, the sign seemed like an innocent way of increasing security at the stores, since the cameras at the stores would get better profiles of the people walking in.

In addition to the robberies, the stores also have to deal with cases of shoplifting.

When a picture of the sign appeared online, many commented on the decision. Some agreed with the store’s new policy, while others were convinced that the sign was discriminatory.

The Family Dollar headquarters responded to the controversy, and Bryn R. Winburn, Public & Media Relations Manager of Family Dollar, said, “It is not Company policy to ask our customers to remove hoods or sweatshirts before entering our stores.”

While the hoodie may just be a fashion statement, it has become the point of contention, mainly because of the media pushing the hoodie-race agenda for so many years. The Maynard Institute stated: “rightly or wrongly, the hoodie has become identified with crime.” In Oklahoma, a proposed bill seeks to ban wearing hoodies in public places, with the exception of government-sponsored events, parties, Halloween, and religious reasons.

Despite private establishments having the right to impose dress codes – like banks which bar hats and sunglasses – Family Dollar decided to remove the signs after receiving backlash.