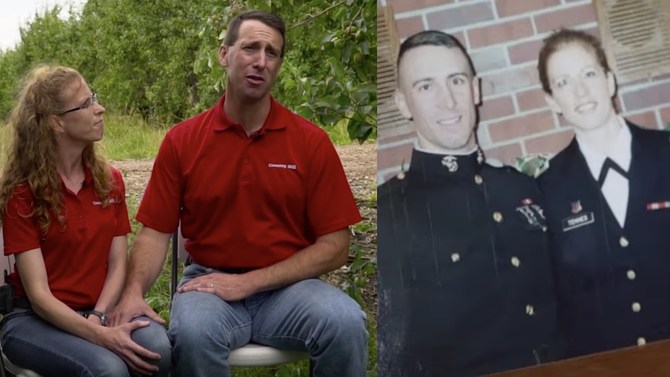 Having been prohibited from selling their produce because of their certain belief is the exact reason why a Christian farming family is under the heat of religious controversy.

The incident started when someone posted a message on Country Mill’s Facebook page, asking about whether they are open to hosting same-sex weddings at the farm.

However, Tennes told the person that they did not allow same-sex marriages on the farm because of the family’s Catholic belief that marriage is a sacred union between one man and one woman only.

Tennes's feedback sparked divided reactions. As for the city officials who discovered the Facebook post, however, it led to the immediate removal of the Country Mill from the Farmer’s Market — claiming the family had violated the city’s discrimination ordinance.

“We were surprised and we were shocked. My wife and I both volunteered to serve in the military – to protect freedom now we come home and the freedom that we worked to protect – we have to defend in our own backyard,” Steve said in a statement. “Whether you are a Jew, Muslim or Christian – people of faith should not be eradicated from the marketplace simply because they don’t share the same thoughts and ideas that the government is choosing to promote,” he added.

In response to the alleged violation of the discrimination ordinance, the Alliance Defending Freedom also filed a federal lawsuit claiming that the East Lansing had violated the constitutional rights of the Tennes family.

“All Steve wants to do is sell his food to anyone who wants to buy it, but the city isn’t letting him. People of faith, like the Tennes family, should be free to live and work according to their deeply held beliefs without fear of losing their livelihood. If the government can shut down a family farmer just because of the religious views he expresses on Facebook—by denying him a license to do business and serve fresh produce to all people—then no American is free.”