A retired Ormond Beach police officer and his girlfriend was recently denied entry to a Universal Studios’ theme park in Orlando, Florida after wearing a t-shirt that said “retired police officer.” 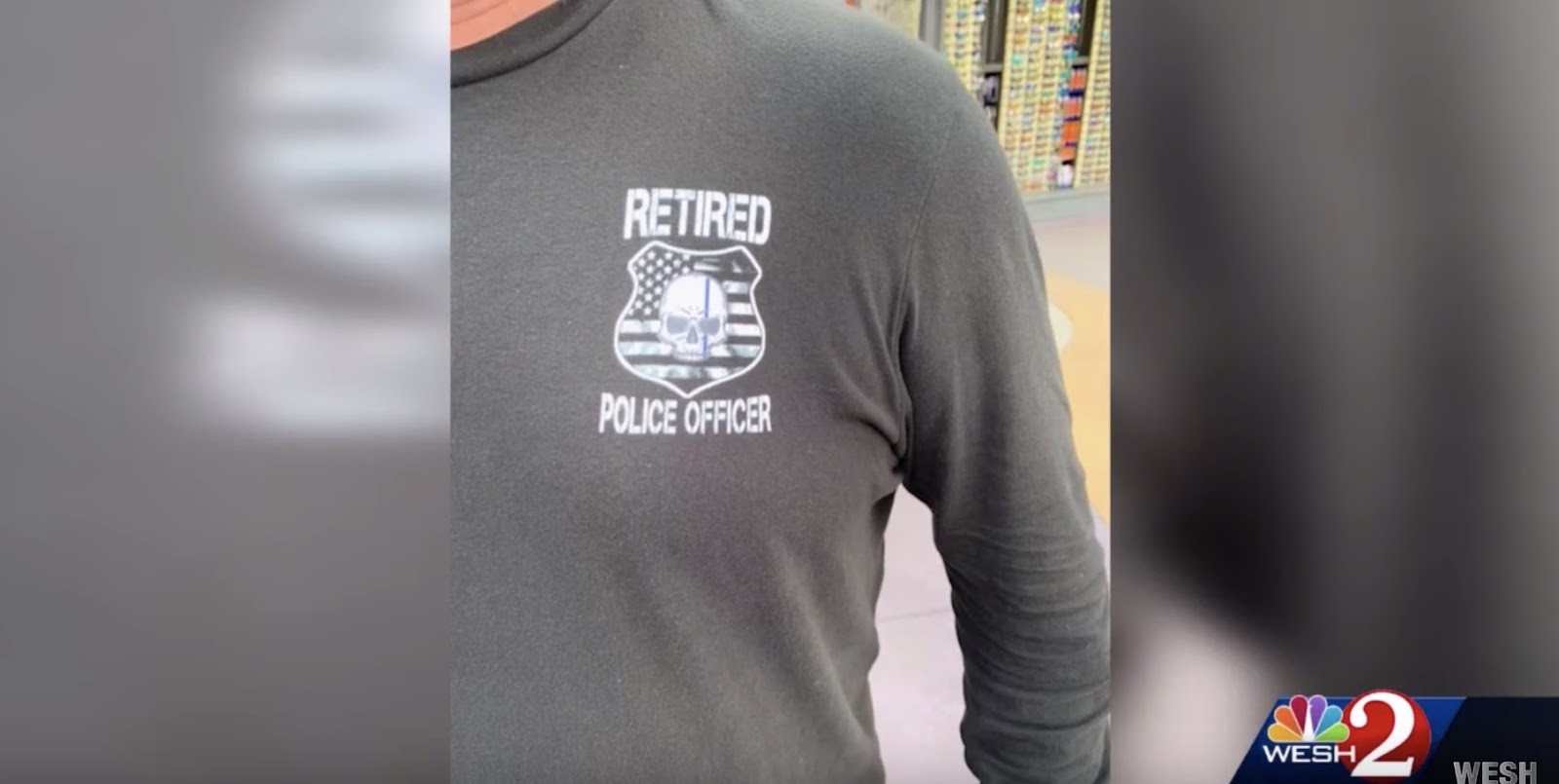 According to a report from Blue Lives Matter, Retired Ormond Beach Police Officer Vincent Champion was out on a date with his girlfriend, Holly Bickel, just last November 1 at 6:30PM when the incident happened. They were planning to meet with some other friends for Halloween Horror Nights.

The 22-year-veteran of the Ormond Beach police says he currently works as a reserve investigator for the Florida State’s Attorney’s Office, and also represents other fellow officers from the International Brotherhood of Police Officers.

Champion explained: “I walk up to the line wearing a retired law enforcement officer shirt, and I start emptying out all my pockets and as I’m about to walk through, the girl behind the security counter says ‘do you have another shirt?”

He says the lady’s question caught him off-guard.

“I told her ‘no ma’am, I do not’ and explained I was in town from Daytona,” he continued.

“And she says you can’t come in here with anything that says ‘police officer’ on it.”

Champion says he would have turned around and immediately left the park due to the anti-police sentiments he received, but seeing as their other friends were already inside and waiting for them, he tried to reason out with the counter lady.

He offered to turn his shirt inside out, but the security officer told him it wasn’t okay to do so.

“There was a group of five or six couples behind us that lost their minds at that point, and some of them started yelling at the security officer saying things like ‘this is what you do to retired heroes, this is how you show respect to law enforcement?’”

Albeit getting in after receiving an extra shirt from one of his friends, Champion says that after this incident, he will never return to the park again and will share his story with other police officers.