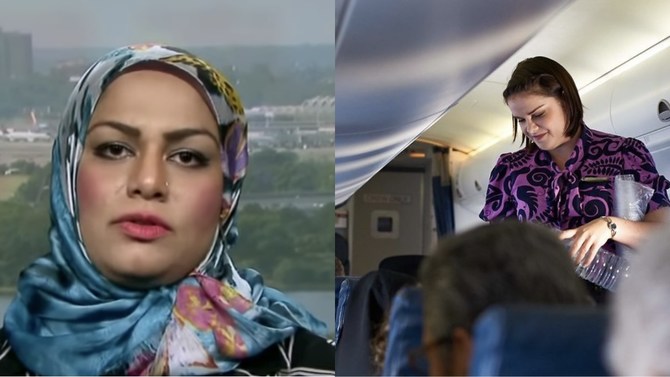 A Muslim chaplain and director of interfaith of Northwestern University, Tahera Ahmad, has been brought to tears after receiving racist remark from United Airlines’ flight attendant.

She was travelling from Chicago to Washington for a conference promoting dialogue between Israeli and Palestinian youths last Friday, wearing her usual headscarf, or also known as a hijab.

Ahmad had requested for an unopened can of Diet Coke for hygienic reasons, but the airline attendant had refused, all while handing an unopened beer can to another passenger on the airplane. The attendant’s response had been "We are unauthorized to give unopened cans to people because they may use it as a weapon on the plane.”

After being openly discriminated, she asked the opinion of the other passengers but had just been met with the same stance. A man had also shouted "you Moslem, you need to shut the F** up," making the 31-year old woman unable to do anything but tear up from the incident.

By last Wednesday, Charles Hobart, the spokesman from United had issued a non-formal apology from the “misunderstanding” on his statement to the press.

"Ms. Ahmad was our customer and we apologize to her for what occurred on the flight. After investigating this matter, United has ensured that the flight attendant, a Shuttle America employee, will no longer serve United customers."

The incident also happened in a Shuttle America, but according to Bob Birge, a spokesman Shuttle America's parent company, Republic Airways Holdings, said that they did not prohibit serving unopened beverage cans to its passengers.

Ahmed only retaliates to the statement: "I simply did not expect United Airlines to dismiss the unwarranted and unfortunate rude behavior, discrimination and hateful words but rather acknowledge their accountability and role in the painful experience," she wrote.

"This time I was being treated as a threat to everyone around me 30,000 feet above the ground and being told that I could use a can of Diet Coke as a weapon," she said. "And no one said anything."