A “shockingly racist” math quiz has been found out by parents of the 8th grade students from Burns Middle School, forcibly putting the controversial math teacher on indefinite administrative leave due to the incident.

Erica Hall, a parent of the aforementioned student’s class was so shocked at the quiz that she posted a photo of it on social media, where the photo has since gone viral. 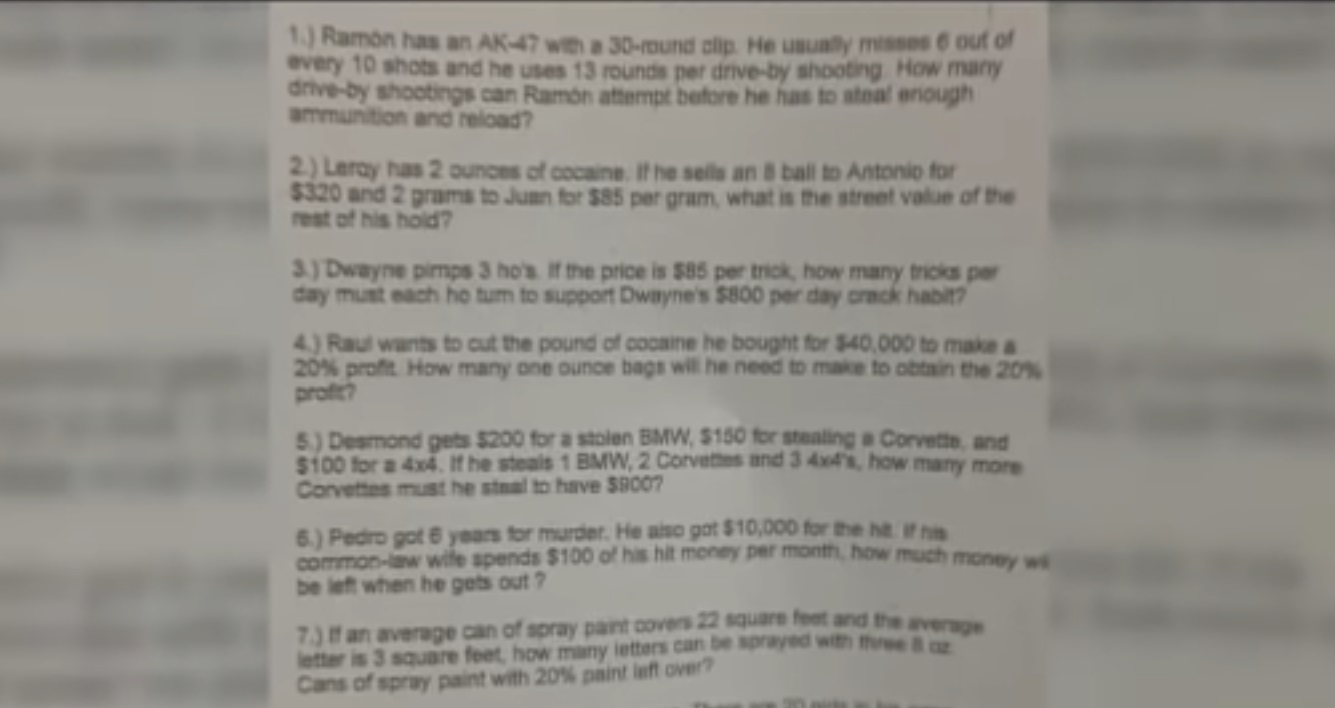 “I was blown away, I couldn’t believe it,” Hall says.

On the exam paper’s photo, it could be seen that some of the questions contained seemingly obvious racist remarks, such as asking the students to calculate an AK-47 user with the question “how many drive-by shootings can Ramon attempt before he has to steal enough ammunition and reload?”

Another seemingly jarring question also stated: ”Dwayne pimps 3 ho’s. If the price is 435 per trick, how many tricks per day must each ho turn to support Dwayne’s $800 per day crack habit?”

Yet another question was: “Leroy has 2 ounces of cocaine. He sells an 8 ball to Antonio for $320 and 2 grams to Juan for $85 per gram, what is the street value of his hold?”

Hall said that the students initially thought the exam paper was a joke. “They took it as a joke, and she told them that it wasn’t a joke and they had to complete it and turn it in.”

The school administration decided to investigate the issue and the local news stations also found out that the papers have had a long history, with similar questions dating back from the 1990s.

The teacher in question had not been named and has also refused to respond to the issue.