In Livingston County, an auto shop has a Halloween decoration that depicts US President Donal Trump holding the head of former president Barack Obama, sparking outrage from social media users and denouncing it as racist.

Dave Huff, the owner of Quality Coatings, has already altered the display of the Trump scarecrow, which stands outside his shop in Fowlerville. According to him, he did not expect the backlash he received due to the display, stating that he is not racist and “no race ever went into this thing.”

Huff also adds, “It was a Halloween decoration that I guess went too far.”

The display originally shows Trump holding Obama’s head with a black rope. Others who criticized the display claims that the rope looks much like a nose. Huff, however, defends that it was supposed to represent a spine and is a reference to a move from Mortal Kombat, a video game.

Another addition to the Trump scarecrow is Hillary Clinton’s head on its foot. 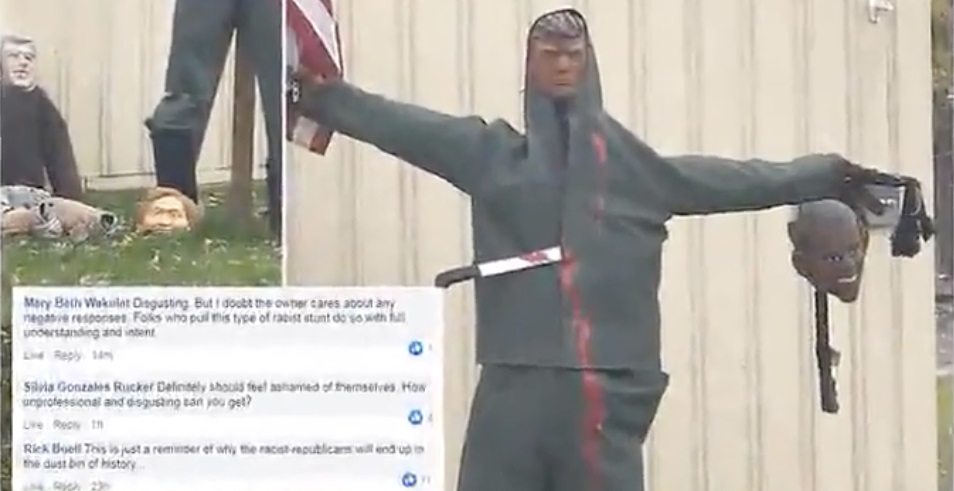 After facing much criticism, Huff changed the scarecrow by removing the Obama mask and the rope. He also added a yellow tape that reads “PC - POLICE.”

Kathy DeTroyer, a resident, also talked about the displays in her Facebook post. She wrote, “I am disgusted this is in my hometown. Way to display your ignorance. Democrat, or Republican this is just wrong.”

Huff further added that he became aware of the Facebook comments after a village employee contacted him. The village was running a scarecrow decoration contest but Huff’s shop was not registered for the event. 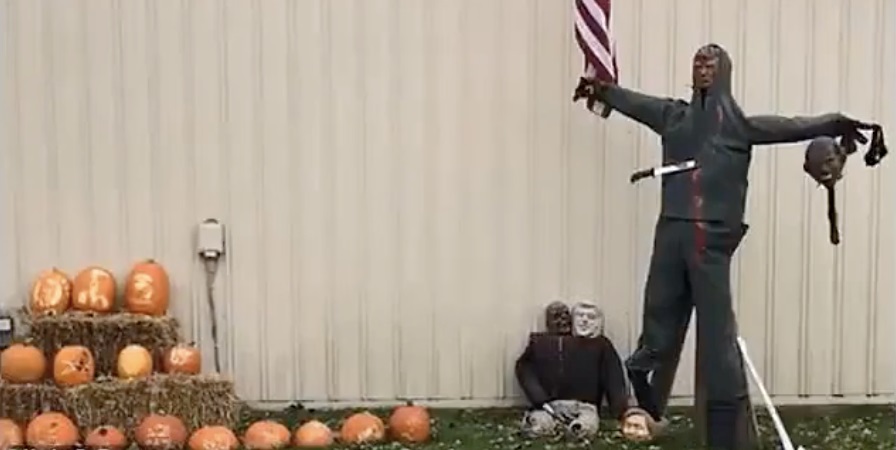 The business then received over 40 negative Facebook comments over the display. One user wrote, “I’d rather spend my money with businesses that spread tolerance and respect, even towards those who you don’t align with.”

Quality Coatings has not responded to the negative comments. Instead, Huff invites critics to speak with him in person or through the phone.