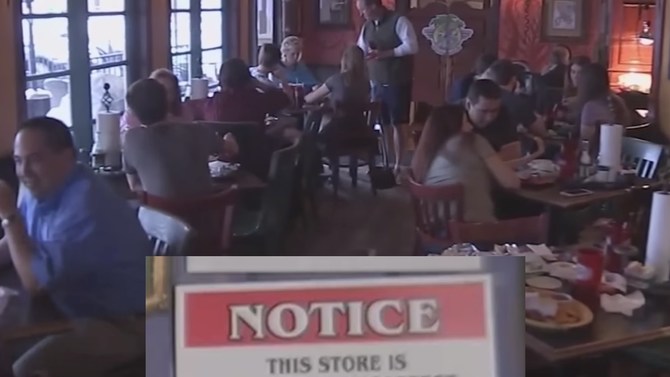 The five company-owned Berryhill Baja Grill restaurants are now gaining wide public attention after showing anti-politically correct sign that gained the public’s attention in just a matter of days, showing their new signs off to the public and offending quite a few customers.

The sign from the famous restaurant in Houston reads: "Notice. This store is politically incorrect. We say Merry Christmas. God bless America. We salute our flag and give thanks to our troops, police officers and firefighters. If this offends you, you are welcome to leave. In God we trust." 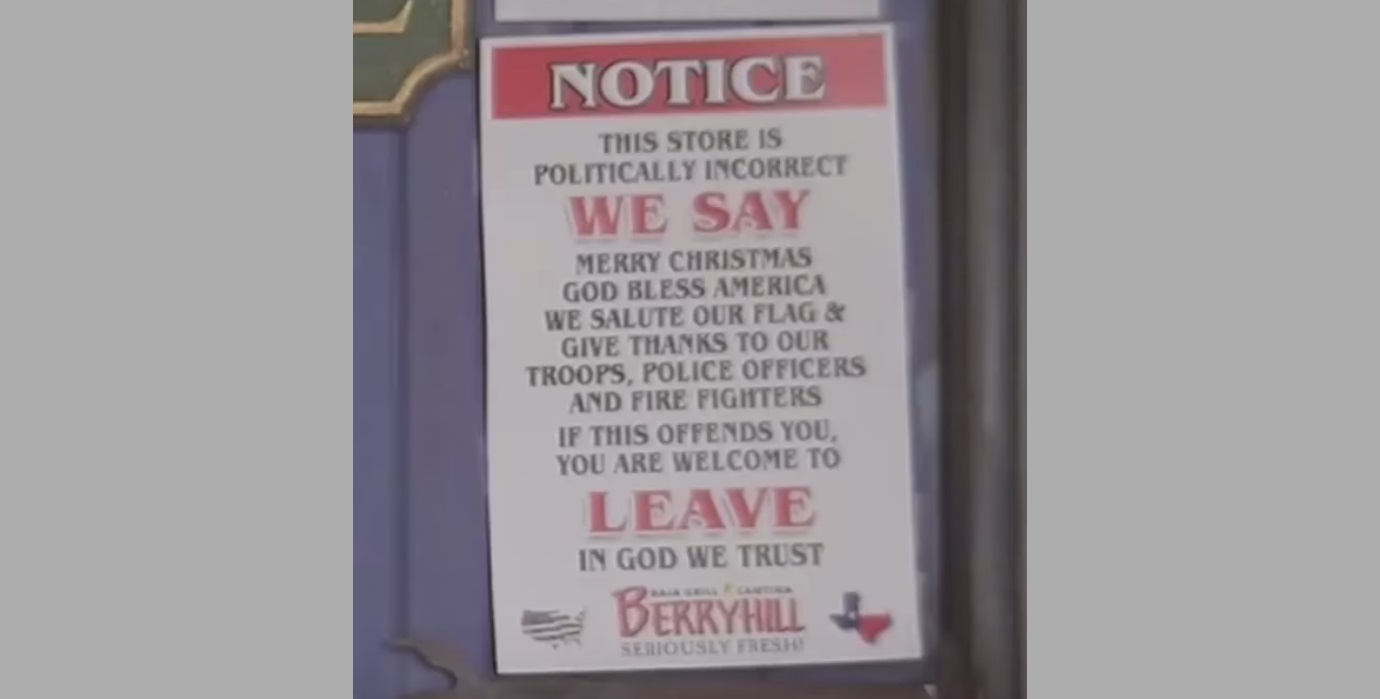 And ends up with the signed by, Berryhill.

It is quite apparent that these signs are drawn in attention towards the Berryhill CEO Jeff Anon, whose issue had been from the generic red coffee cups for the holiday season by a famous coffee establishment, whereas the cups have been widely accepted by the masses as a more inclusive color for all beliefs.

After his son showed him a picture of similarly designed signs, Anon decided he wanted to print his own as well.

"I don't think anybody means anything bad or mean when they say Merry Christmas, and I thought somebody had to stand up and say enough of this," Anon says in his statement.

"I'd say for every one who thought it wasn't appropriate, probably 10 to 20 who thought it was and supported it." he says, pertaining to those who had complaints on the signs. "I guess the political correctness has gone overboard sometimes," he says. He also mentions that some of the signs had been removed after a few customers had been widely offended by the signs, but the establishment had been quick to replace the missing signs.

Business continues to flourish at Anon’s restaurants, who owns five Berryhills in Houston with other franchises and franchise-holders as well.