Crystal Fisher, an employee of a Michigan Gas Station named ”Folk Oil”, has been fired by her boss after being told that her son “being on life support” was not an excuse to miss work.

Her 18-year old son, Jason was rushed to the hospital due to contracting a bacterial infection, resulting in low oxygen and very high fever. The doctors had then suggested to transport him to the University of Michigan and be placed on life support for the time being. 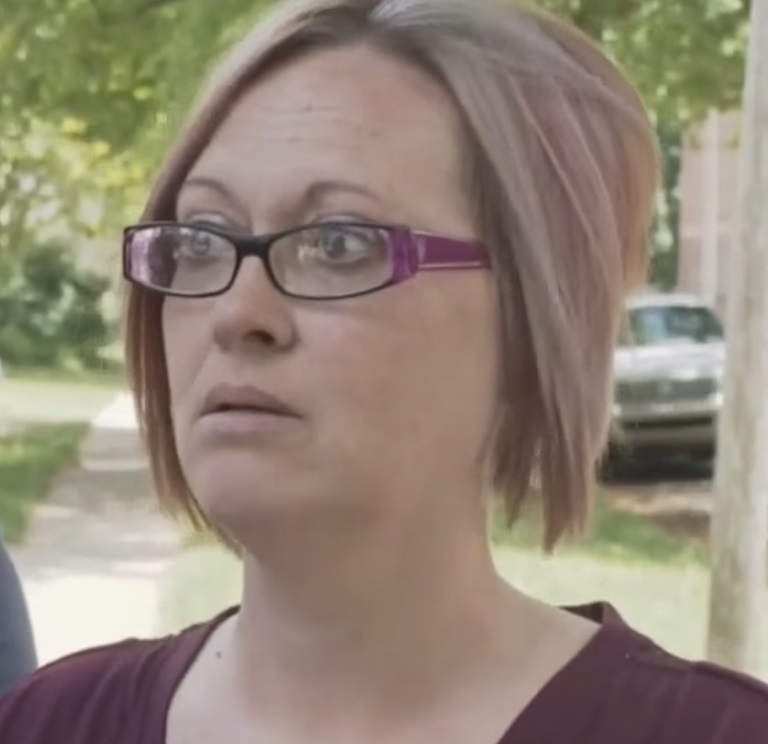 Fisher informed her boss (reportedly named Dawn), of her current situation and that she may not be able to attend work in the meantime, but instead of an understanding response, she had received a shocking reply from the manager instead.

“If you can’t come to work that’s you quitting,” Dawn had reportedly replied. 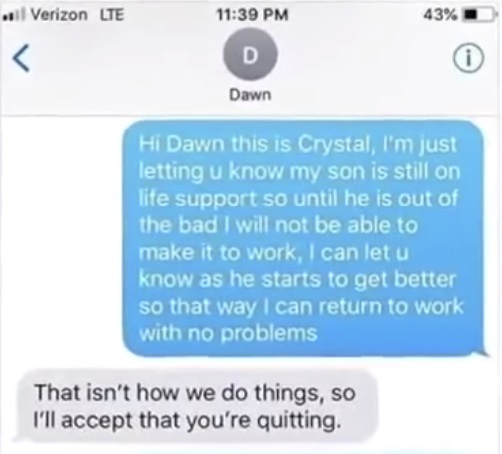 Fisher had explained that she was “not quitting”, but was just letting her boss know that the circumstances made her unable to go to work because her son’s life was on the line. “Would you be able to go to work and function if your child was on life support? I don’t know if I’m coming or going and you expect me to work?” Fisher asked.

Dawn allegedly responds with, “Yes I would, I still have bills to pay and something to keep me busy and occupied. We don’t just get to come and go as we please at Folk Oil. I have tomorrow and Monday covered. Your son is in the best place he can be. I have a store to run and that’s my focus.”

Fisher had then posted the conversation on her Facebook page, which had then gone viral and gained the attention of the masses with overwhelming feedback, including the corporate office of Folk Oil. 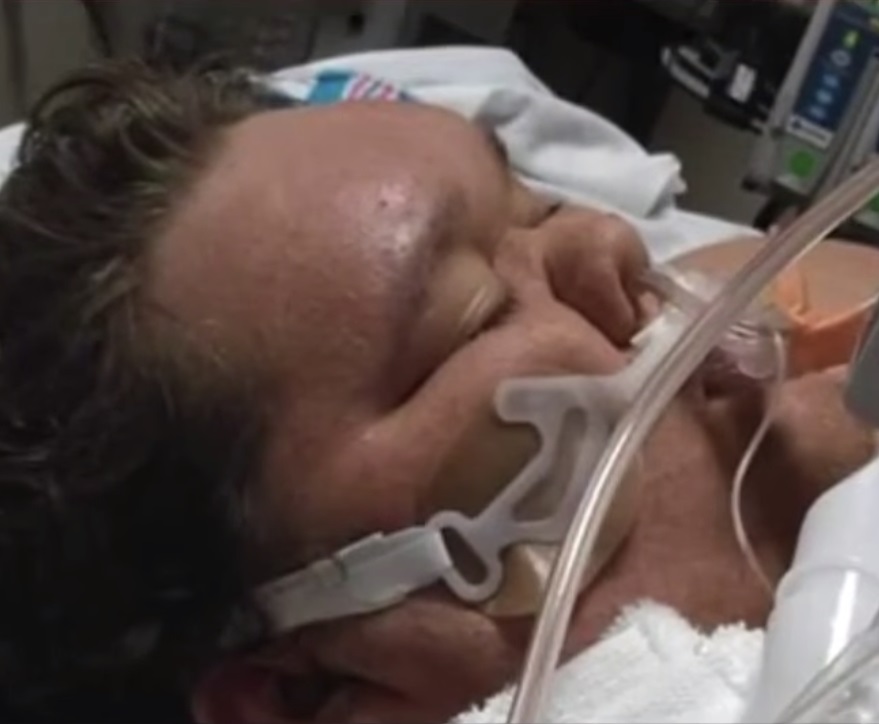 The company states that “We investigated and have found that the situation was handled improperly and without the compassion that we value as a company. For that, we are very sorry.”

The official statement ends with the phrase, “As a result of this finding, we took quick action and that manager is no longer employed by PS Food Mart. We have also reaffirmed to our employee that she will be able to take all the time off that she needs during this difficult period.”