On Monday, a wheelchair-bound Afghani War veteran was given an emotional hug by President Trump during a military ceremony after the veteran sang “God Bless America.”

Retired Army Captain Luis Avila received the affectionate hug from the president after singing the patriotic song at the end of the ceremony held in Fort Myer, Virginia. The ceremony was held in honor of Army General Mark Milley’s new role as the Joint Chiefs of Staff’s new chairman. He replaced Marine General Joseph Dunford. 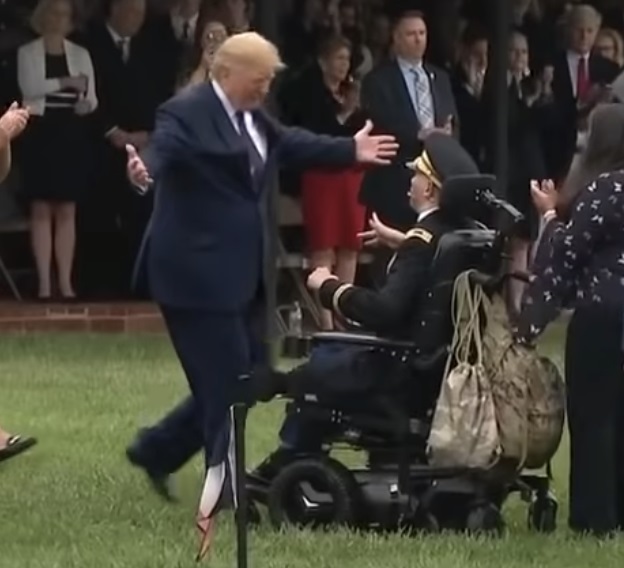 As Avila sang, the president bobbed his head along and then gave Avila a thumbs-up. After finishing his solo, Avila was joined by the president and other guests in singing the rest of the verses.

When the song ended, Trump walked towards Avila with arms wide open and gave him and his wife big bear hugs. 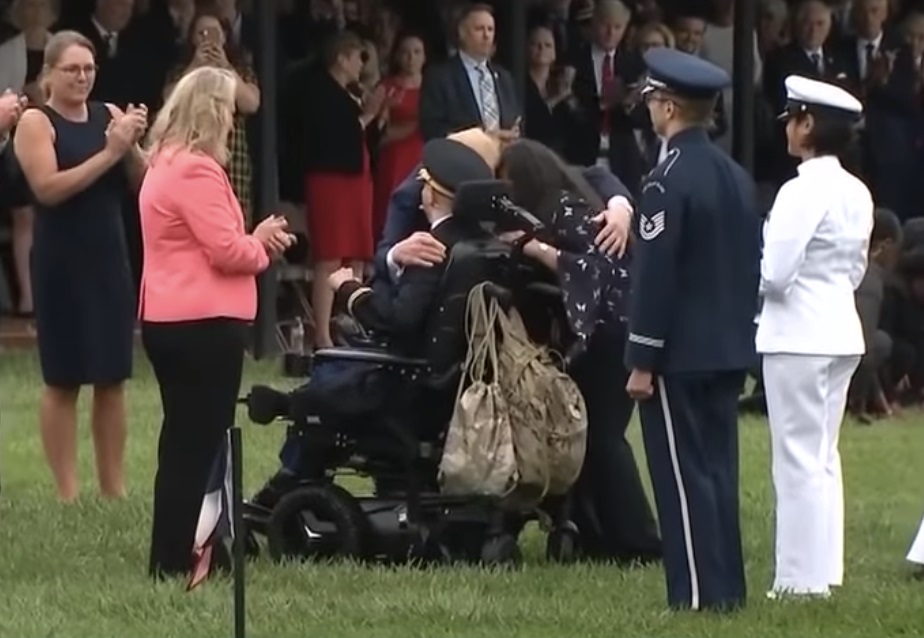 Avila, who served five combat tours in Iraq and Afghanistan, has been in a wheelchair since 2011. Avila was leading a search and secure mission with his team along the Afghan-Pakistani border when a 600-pound IED was detonated beneath his vehicle. Since the incident, Avila has suffered two strokes, two heart attacks, severe lack of oxygen that led to anoxic brain damage that paralyzed him, and an amputated leg.

Music therapy helped Avila to speak again, and boosted his morale during his recovery period. Avila performed the same patriotic classic in 2017 at the National Memorial Day Concert alongside Renee Fleming, a well-known soprano. 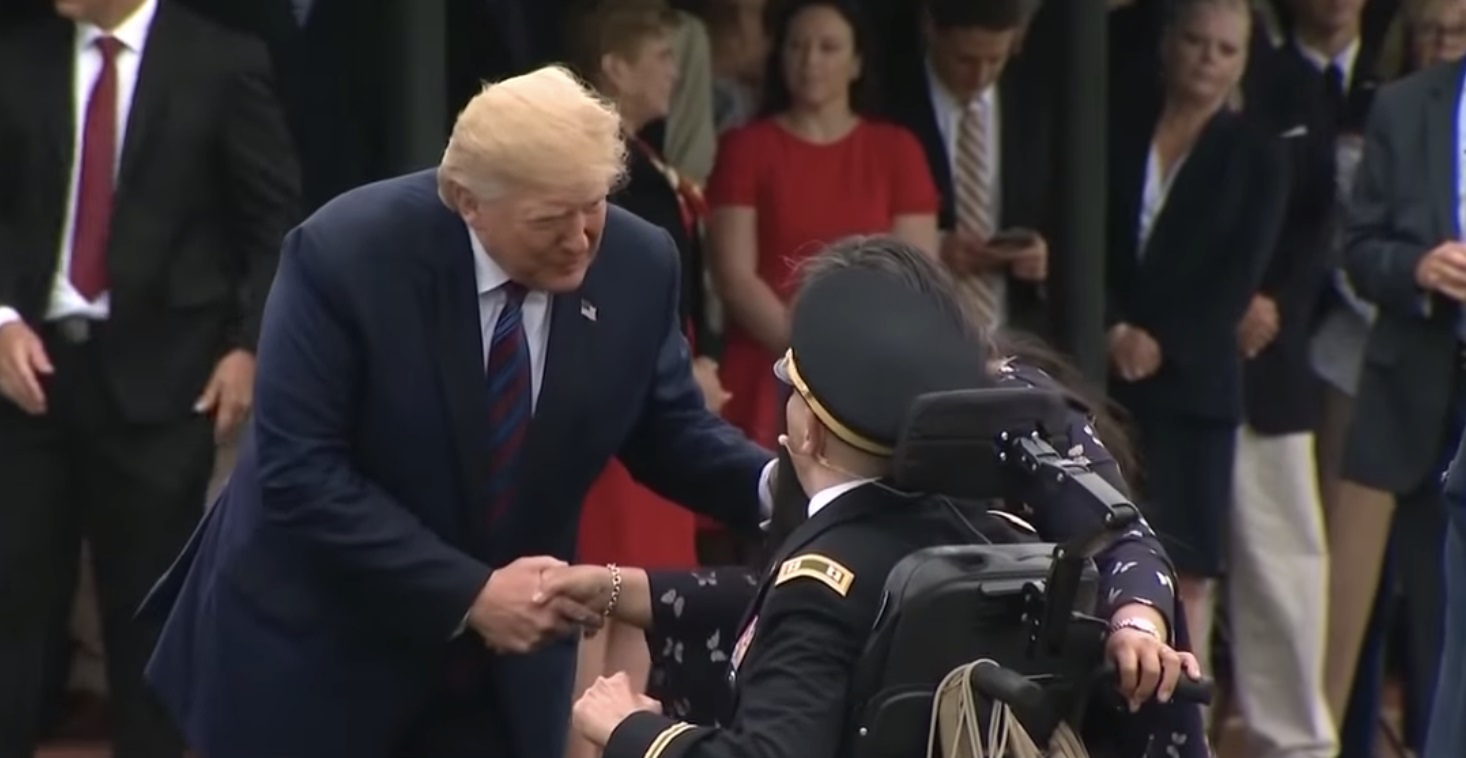 In the Fort Myer event, Dunford paid tribute to Avila and the wounded veterans, saying, “At the end of this ceremony, you will hear Army Captain Luis Avila sing a tribute to America. Captain Avila was seriously wounded in action and today, represents all of the wounded warriors and killed in action of our military.”

Dunford added, “Both our friends and enemies alike should know that we who wear the uniform of the United States of America, the cloth of our nation, we are all Captain Avilas.”