Piers Morgan, who always picks fights over things that have nothing to do with him, recently accused Greta Thunberg, a 16-year-old fighting to save the planet, of 'abusing loads of adults.'

Piers reacted after hearing that bookies are betting on Greta to win the Nobel Peace Prize. Winning the Nobel would give Greta great recognition acknowledging all she has done in fighting against climate change. 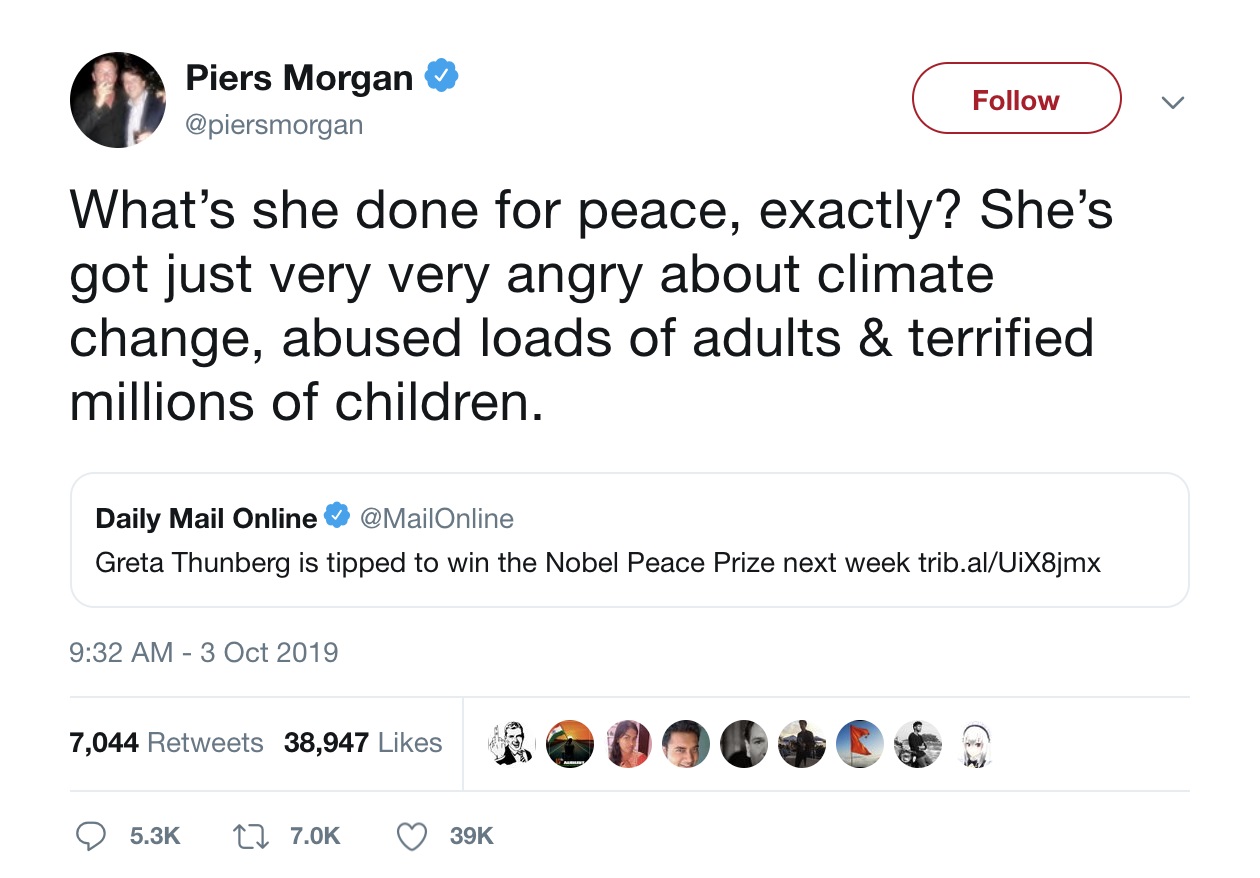 Greta started her campaign against climate change by protesting alone outside Sweden's parliament. The 16-year-old girl has then inspired millions of people from around the world to take part in weekly 'Fridays for Future' marches.

She recently gave a moving and eye-opening talk at the UN Climate Summit and had since been traveling around the US to spread her message and continue the fight. 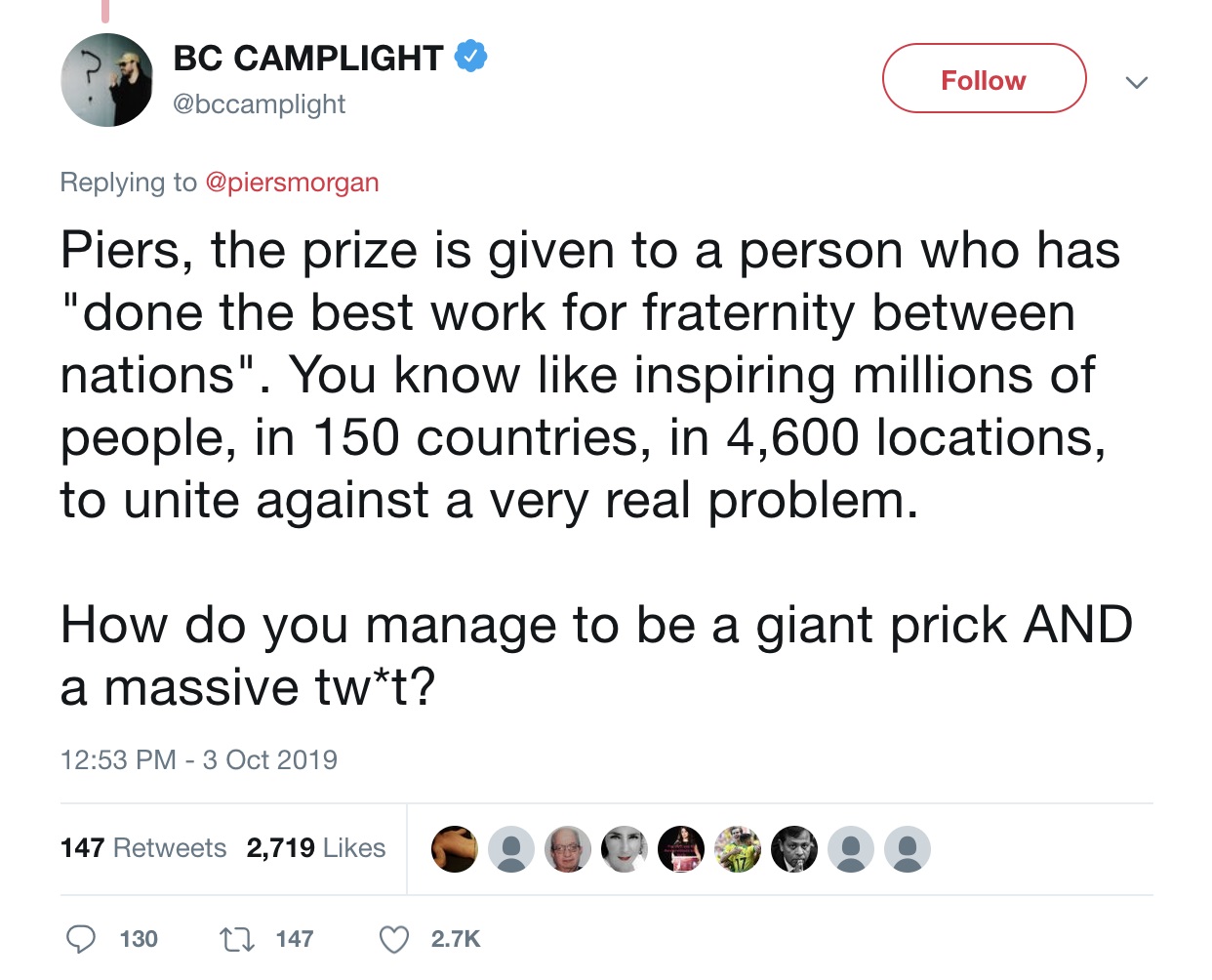 Shortly after Piers posted his opinions on Twitter, a lot of people quickly responded to the errors of his comments. A musician named BC Camplight responded on Piers' Twitter post typing, "Piers, the prize is given to a person who has "done the best work for fraternity between nations". You know like inspiring millions of people, in 150 countries, in 4,600 locations, to unite against a very real problem. How do you manage to be a giant prick AND a massive tw*t?" 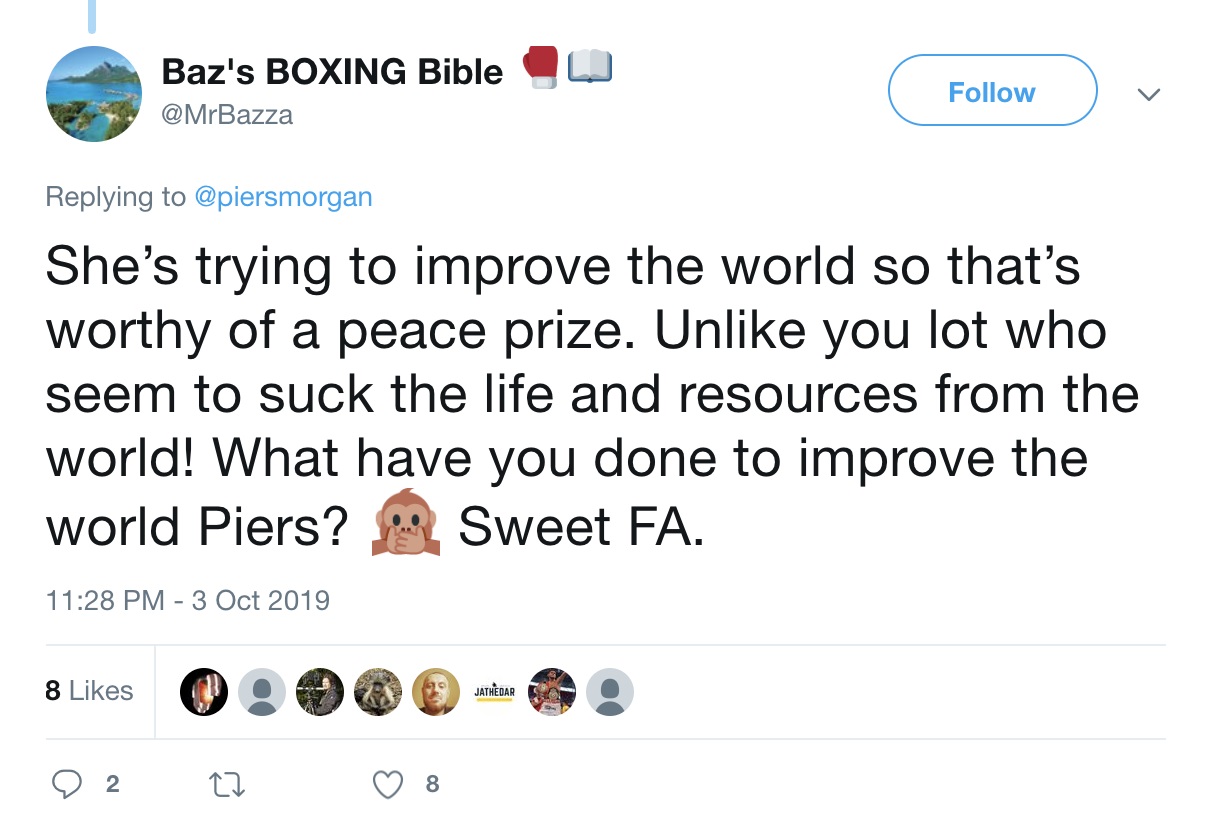 Although a lot of people are pointing out while Greta deserves to win the Nobel Peace Prize, it still seems that nothing is getting through Piers.