In Ontario, Canada, an elderly woman and her companion were blocked by an antifascist activist group yelling, “Nazi scum, off our streets!” They were then barred from entering a right-wing political rally.

In a video that circulated online, the white-haired woman and her bearded companion were trying to cross towards Mohawk College in Hamilton when three masked protesters came into view and blocked their path. 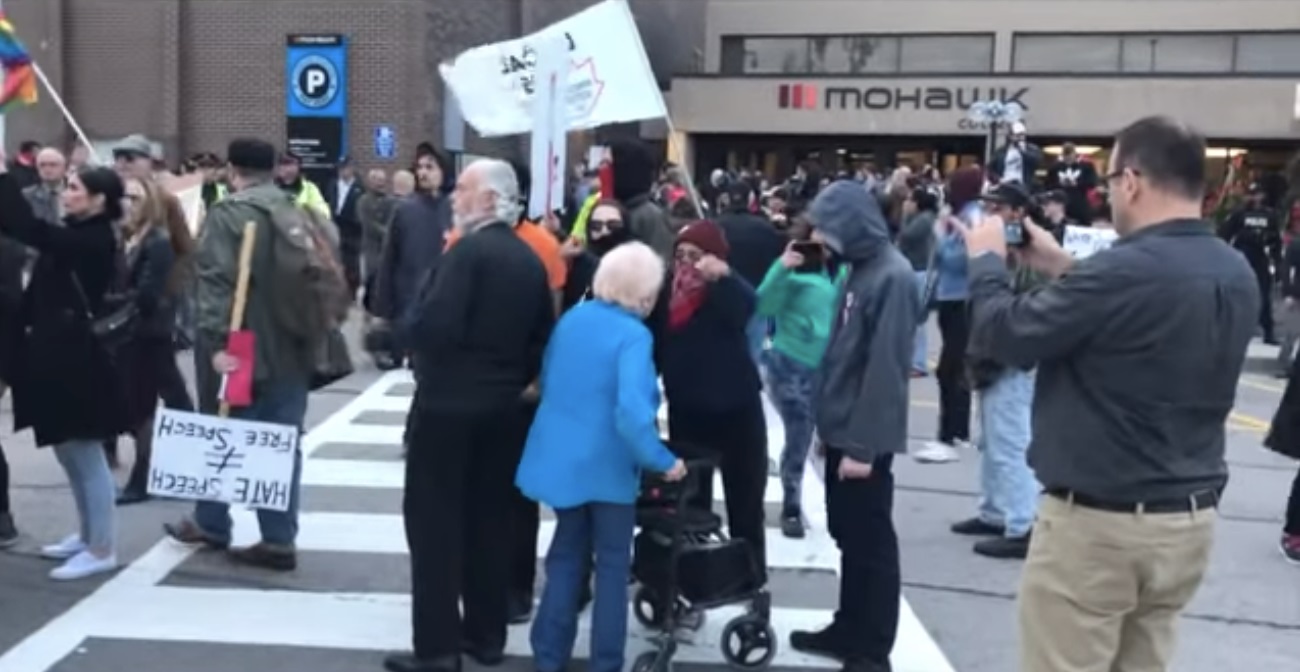 Protesters shouted at the couple as they walked towards the Maxime Bernier event. Bernier is the leader of the People’s Party of Canada.

An estimated 100 people were gathered at the rally, and were composed of both supporters and protesters. The protest was held in opposition to the fundraiser that the party held at the college. Two people from the supporters’ group and two from the protesters’ group were arrested for breach of peace.

Another tweeted, “What a disgrace.” 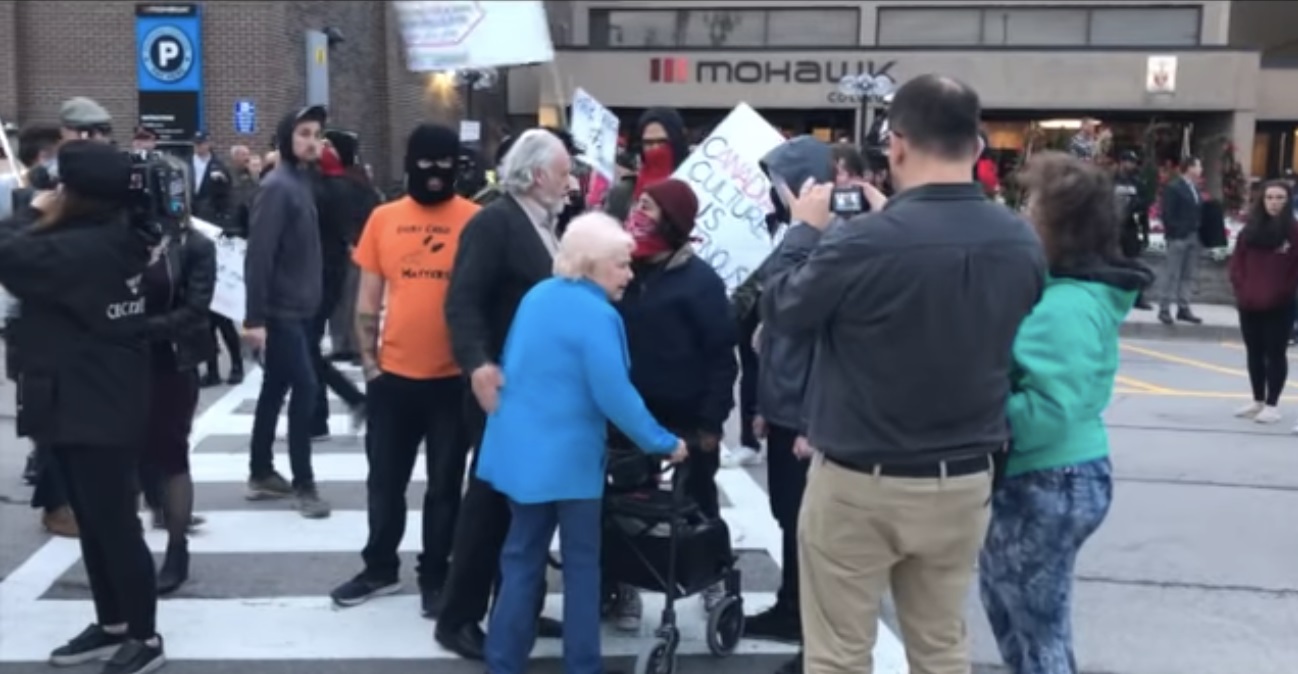 According to police, officers were able to intervene and escort the elderly woman and man towards the building.

Police spokesman David Hennick stated, “Hamilton police are aware of the incident involving a senior with a walker who was barred from entering the Maxime Bernier event by counter protesters.”

While the couple did not file a complaint, police plan to review the video evidence for any potential charges.

One of the organizers, Alice Smith, stated that the actions demonstrated by those in the clip did not reflect the majority of the protesters’ views.

Smith stated, “I have never seen [the people blocking the woman] before last night. If I had been there at that spot, at that moment … I would have stepped in to stop it, because that wasn’t what we were there for.”