Left-wing late-night host Stephen Colbert took shots at Donald Trump on his late-night show on Monday night after he invited his 2016 opposition, Hillary Clinton, and her daughter Chelsea. Colbert aimed a series of loaded one-liners at Trump, one of which was a rendition of a familiar chant that was often heard at 2016 Trump rallies. He also suggested that Chelsea “slap [Trump’s] mouth.” Hillary laughed from the moment she stepped onto the stage, and continued to give a few more appreciative laughs at Colbert’s attempts to present an “alternate timeline” that featured President Hillary. 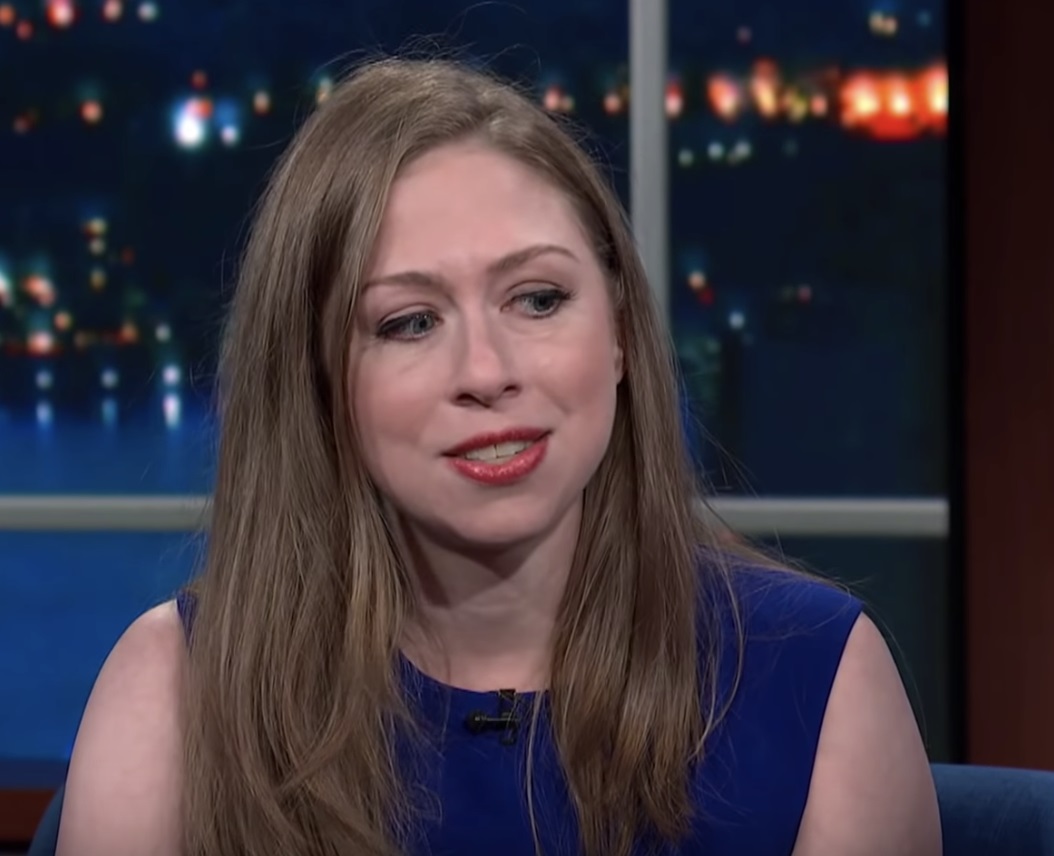 The host discussed the evening’s scheduled topic, Hillary and Chelsea’s latest book. However, he wasted no time and changed the topic to one he was obviously more excited about: Trump Collusion 2.0 where Trump is supposedly “pressuring” Ukraine in a bid to win against former Vice President Joe Biden, his 2020 political foe.

Colbert said, “I want to talk about your new book, ‘The Book of Gutsy Women’…” He continued, “And we’re going to do that in just a minute, I promise you.” Hillary laughed again. Colbert stated “Your fault for coming on Ukraine week.” She laughed harder. 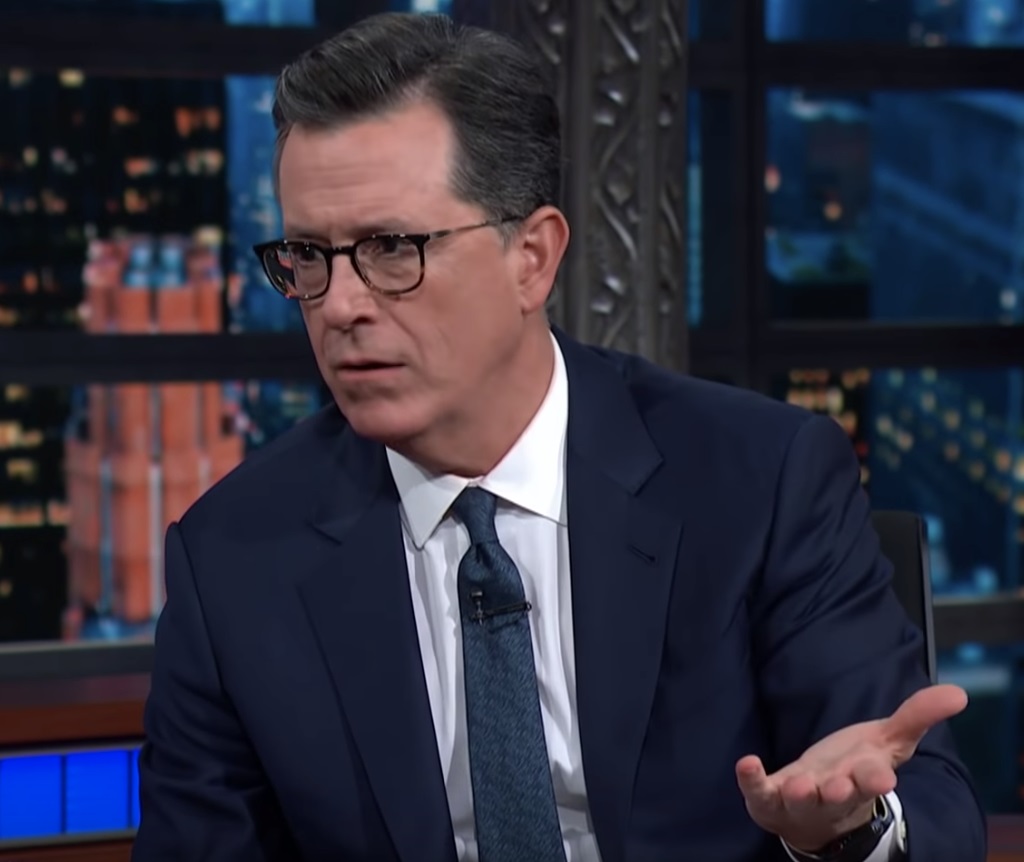 “We learned about the Trump-Ukraine call, the private server. Is it time to, dare I say, ‘Lock Him Up?'”

The audience applauded, cheered, and took up Colbert’s suggested chant: “Lock Him Up! Lock Him Up!”

Clinton replied, “So, here we are, and we have started an impeachment inquiry, which will look at the evidence, and I think that’s exactly what should be done. I believe strongly that this particular incident has had such a huge impact because we’ve known for a long time that he was a corrupt businessman who cheated people, and we’ve known that he and his campaign asked for aid from Russia. We’ve known that. But to see him in the Office of the President, putting his own personal and political interests ahead of the national security of our country just pierced through whatever confusion or denial people had. And at that point, Speaker Pelosi rightly said this is something we have to investigate. And that’s what’s going on.” 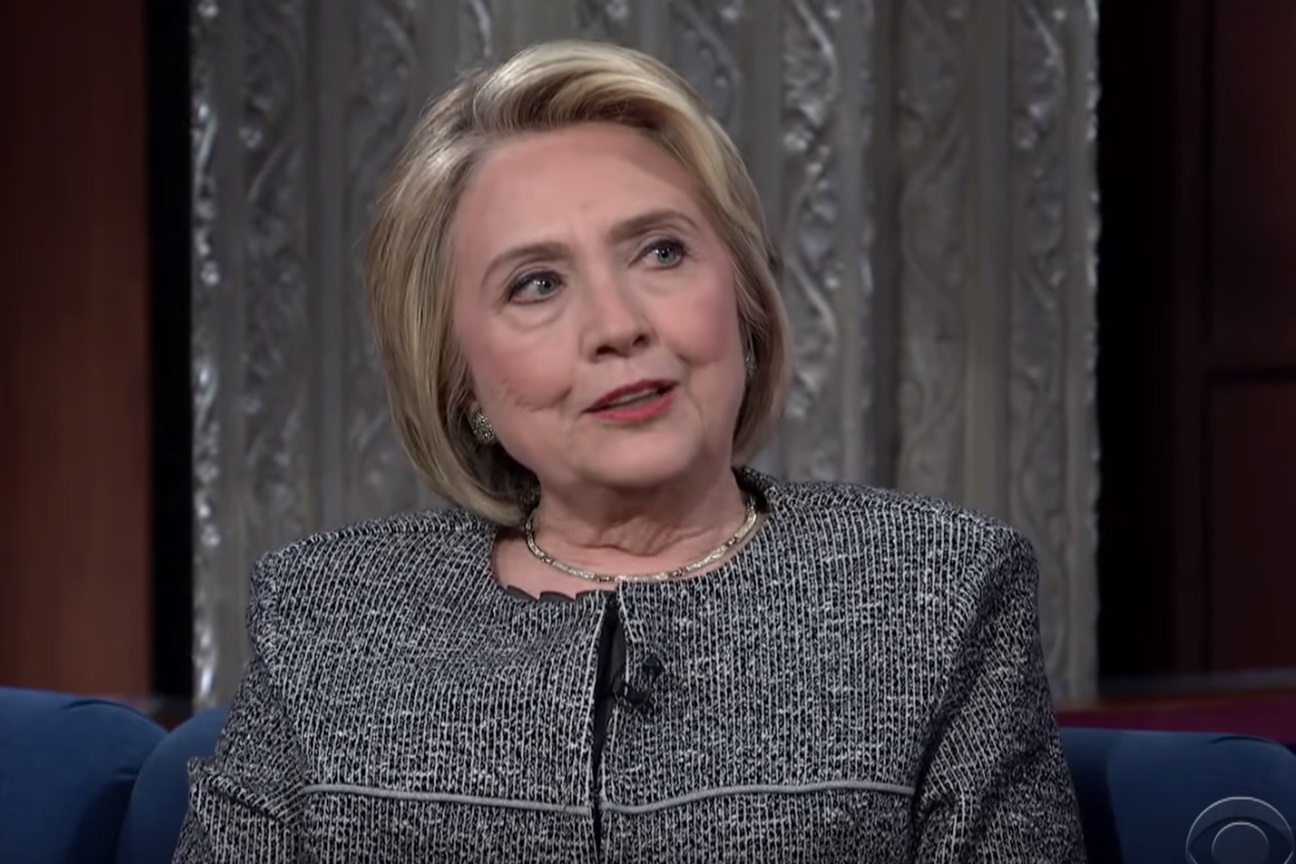 Neither Colbert nor Clinton talked about how Trump requested Ukraine President Volodymyr Zelensky to “look into” Joe Biden.