Robbery victims know that it’s easy to get scared and give in to the robber’s demands, especially when they are armed. However, one robber learned that some victims don’t always follow this unwritten script.

In Marionville, Missouri, a man walked into a liquor store on a Sunday night, where 54-year-old Jon Lewis Alexander was working. The would-be waltzed into the door with a cigarette dangling from his lips, puffing smoke.

Immediately noticing the man, Alexander told him that smoking wasn’t allowed inside the store. Alexander later stated that the man just looked him straight in the eye and drew in another puff like he was an action movie villain. 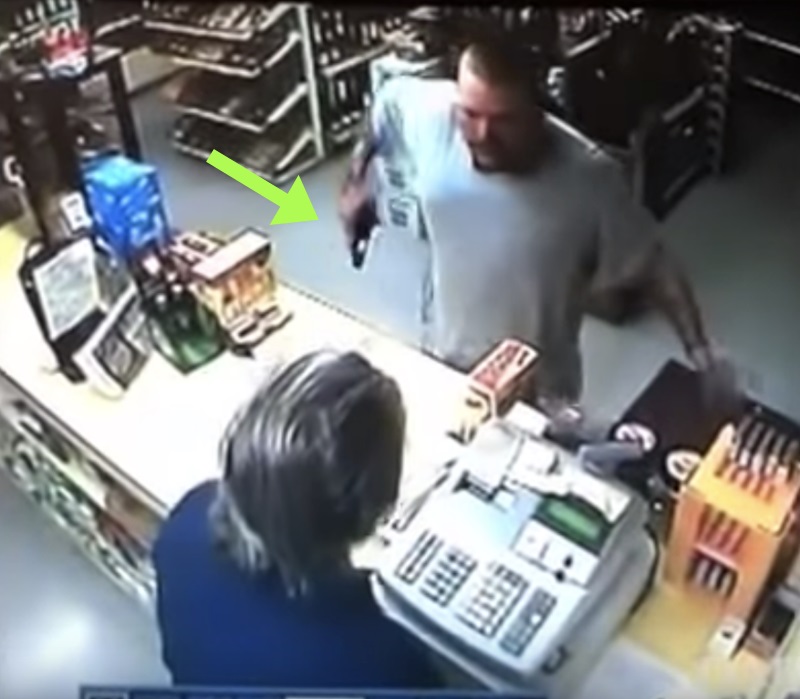 The thug then demanded that Alexander give him all of the money, and started to raise his pistol, not knowing that Alexander was a military veteran. Thanks to his years of training, Alexander was able to move faster than the crook, cover his gun, pull out his own pistol, and point it at the man’s face.

Alexander remembers telling the criminal to get out of the store before he blew his head off, and a moment passed between them. Eventually, the robber backed away from the counter and headed for the door. 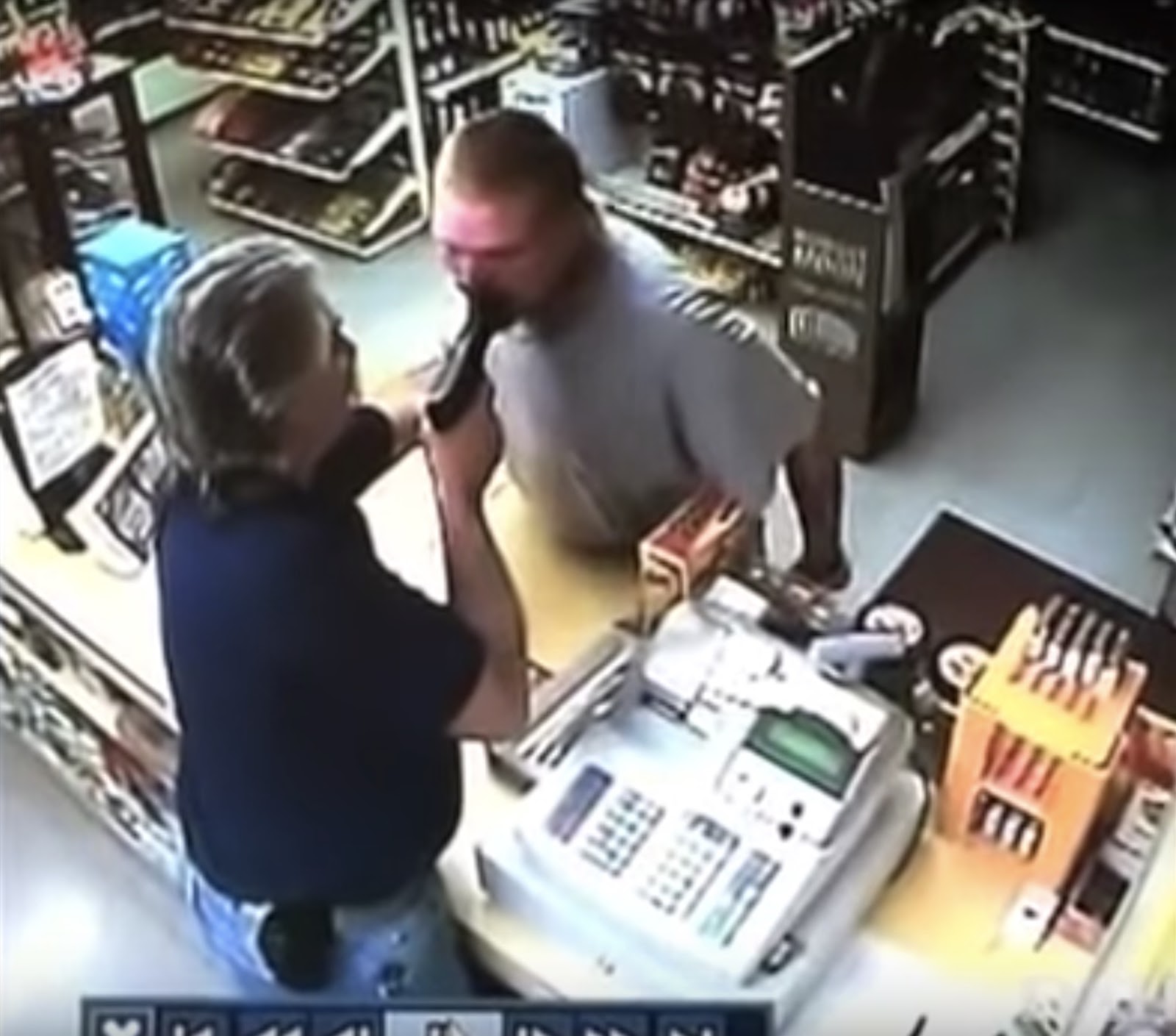 A long career in the military -- a corrections officer, a private investigator, and four tours in Iraq -- led to Alexander’s quick and cool reaction. He stated that due to his extensive exposure to danger and weapons, the robber didn’t bug him very much. 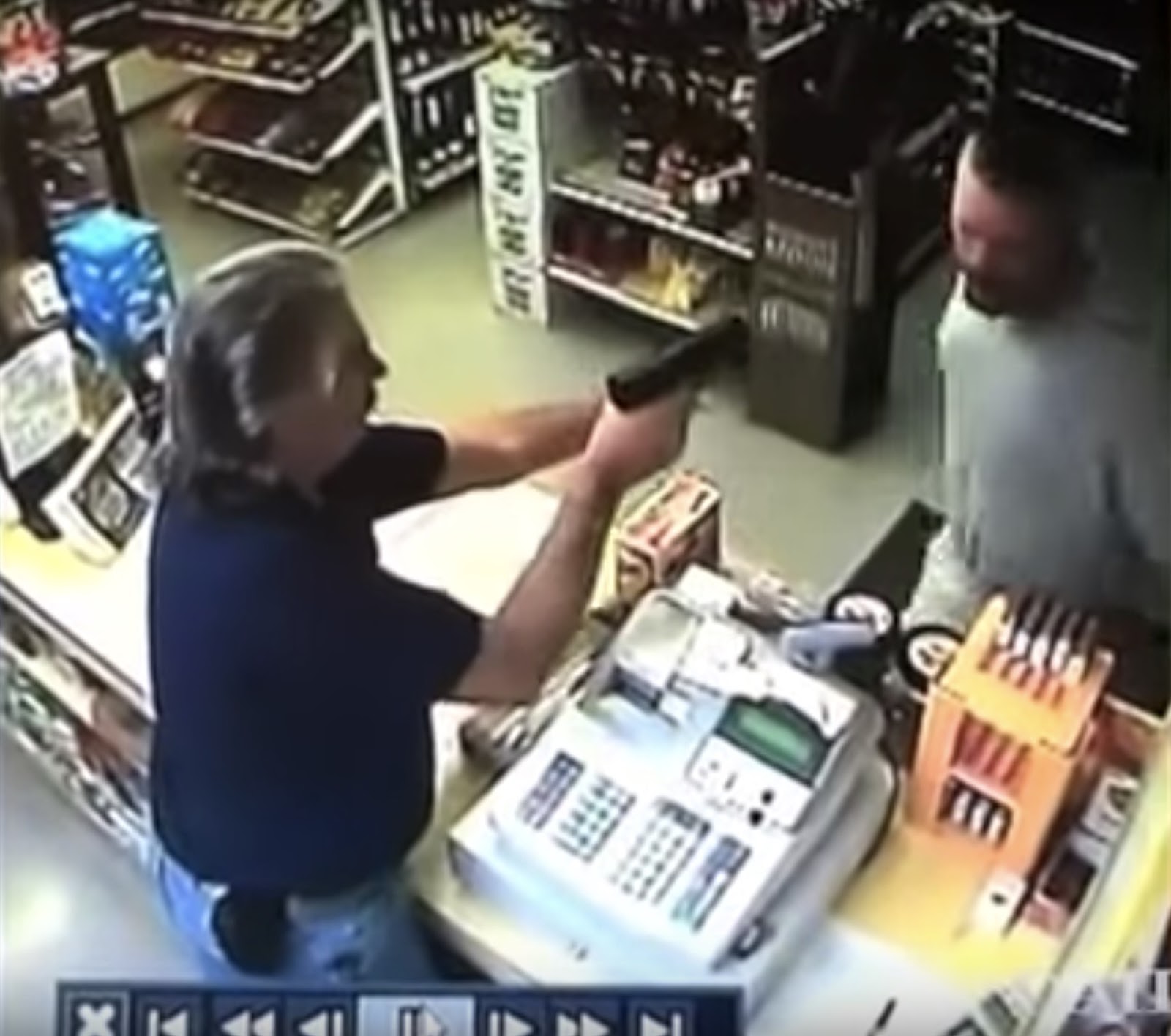 His background saved not just his own life, but the gunman’s as well, as Alexander stated that he couldn’t shoot the thief if his weapon was pointed away. Jeannine Dawson, the owner of the Beer 30 store Alexander works in, said she knew about his background but was still astounded by his actions when she viewed the surveillance video.