Since the owner of a Texas business was outed as a supporter of President Donald Trump by Rep. Joaquin Castro, his business has reported an increase in sales and customers.

A list of 44 residents from San Antonio was published by Castro, the chair Julian Castro’s presidential campaign. The residents on the list had donated to Trump’s campaign, and he emphasized that one of them, Balous Miller, was the owner of Bill Miller BBQ.

Because of the list, the BBQ chain’s business has been booming.

Pictures were posted on social media from different locations showing long lines of cars waiting to pick up food. A Twitter user stated, “One of the companies he fixed is Bill Miller’s Barbeque. The lines were out the door, and the drive up lanes were several times longer than usual. So, thank you Joaquin, we show you don’t matter.” 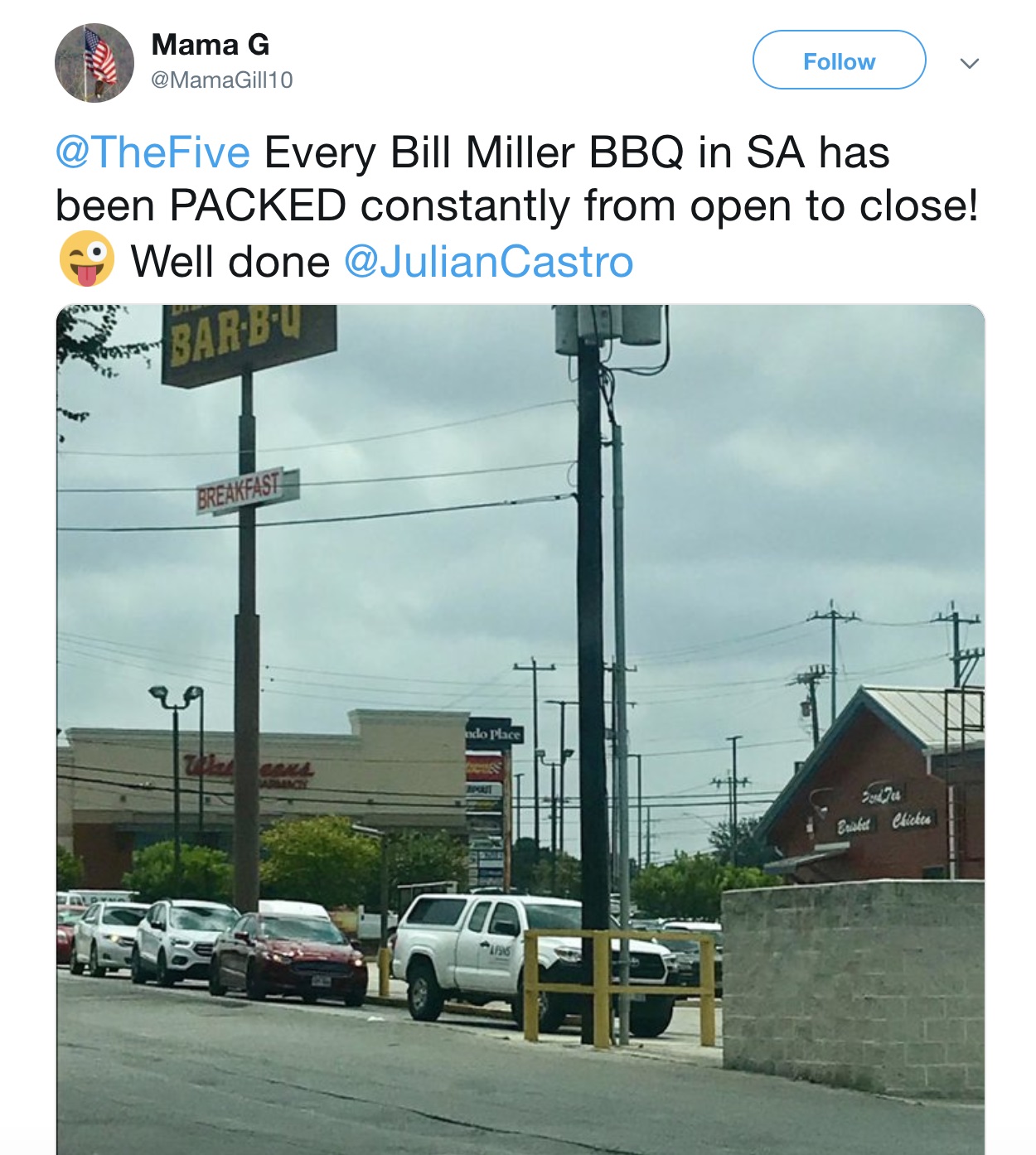 Among those who also expressed support was Greg Abbot, the Texas governor. He posted, “Perfect night for Bill Miller BBQ.”

The backlash was addressed by Julian Castro, the Democratic presidential candidate, on Friday. He told Fox, “It is not okay for anybody to harass anybody else. It doesn’t matter where somebody is coming from, from the right or the left. It’s not okay for people to harass other people.”

“My brother put out a list of names of people who had maxed out to the Trump campaign. That is public information. That kind of information is put out all the time. And for anybody to pretend or suggest that it’s not, that’s just untrue. He did not put down their addresses. He did not put down their phone numbers. What he did is not doxing. Anybody who understands what doxing is knows that’s what he did not do.” 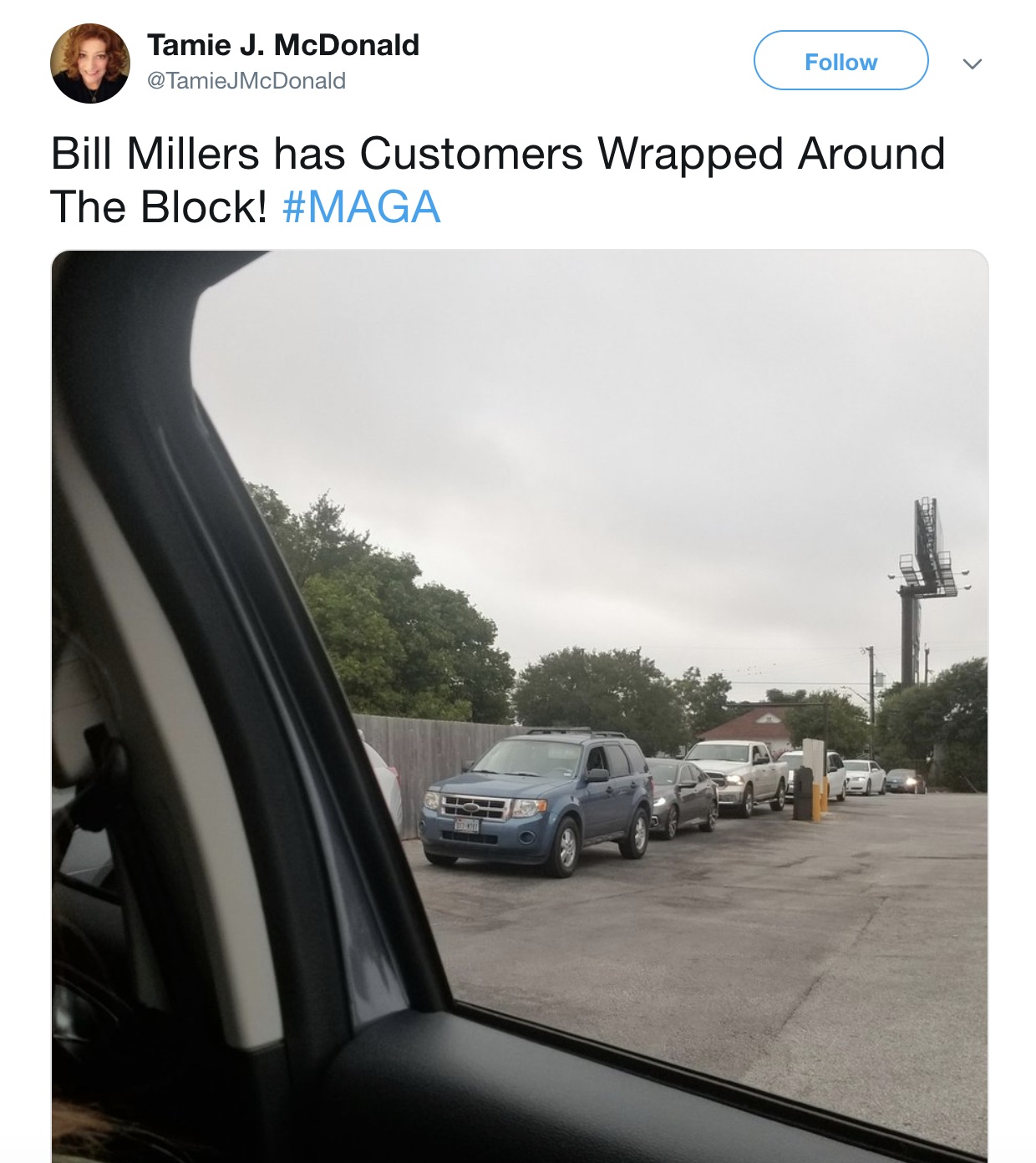 Republican officials also slammed Joaquin Castro. A MSNBC host even told Castro that regardless of his intentions, the people on the list would be harassed.

Justin Herricks, owner of an oil and gas company, who was on the list, stated that he had received threats.

He said, “I’ve had people say, ‘Hey we were gonna use you for business, but we found out you’re a racist. We hope that you burn in hell and your business will go with you.’”