A sign at Midwest Wine & Spirits OKC has received a lot of attention for telling its customers to stay out if their pants are not up.

The sign read: "Pull your pants up or don't come in!!! Try to have some decency & respect for others. No one wants to see your underwear."

Employees at the store stated that even though the sign may be offensive to some passersby, the message that they were trying to send was clear.

"It's tacky, and it's gross and we're adults. Pull up your pants," Shana Wiessner, an employee of the store said, adding, "Usually, when people come in with their pants sagging, it's easier for them to steal bottles."

On the other hand, people had mixed reactions about the sign.

"I agree with it. I don't want to see anybody else's underwear. I realize wearing pants low is a fashion statement for some, but it doesn't work for me and I find it somewhat offensive," said customer Chad Gilbert.

Sunshine Weatherby, another customer, said: "I can see that if it was like a church. There are families there, you might have a problem with that but this is a liquor store. I've seen worse at a liquor store." 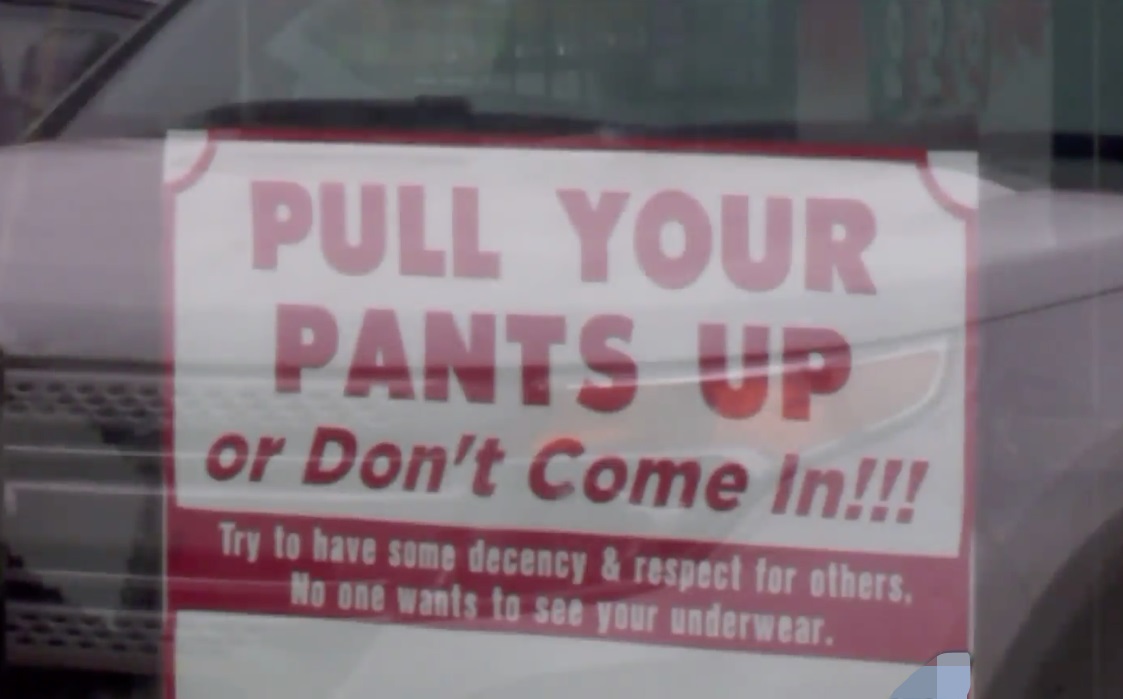 Regardless of people's reactions, the store made it clear that if customers didn’t abide by the rules, they were welcome to leave the store.

"We don't need their business if they're not going to be by the rules. We got rules around here, people," Wiessner said.

Some may agree and some may have something to say about the rule, but the important thing is that they were able to send a strong message that was sure to grab their customers’ attention.