A picture showing a teacher holding a noose while other teachers laughed was posted online. The “racist” photo went viral, and they were suspended.

The four women worked at Summerwind Elementary School in California. The principal, Linda Brandts, was believed to be the one who took the photo. She then emailed it to all the employees, with a second photo showing the noose hanging on a wall in the staff offices.

According to reports, the email had no explanation that could provide context to the photos.

The noose is often associated with the pre-civil rights era, a period when racists would hang African Americans from trees. However, it is also a symbol of suicide.

The image caused intense outrage on the social media platform, with users calling for the termination of the teachers’ employment. 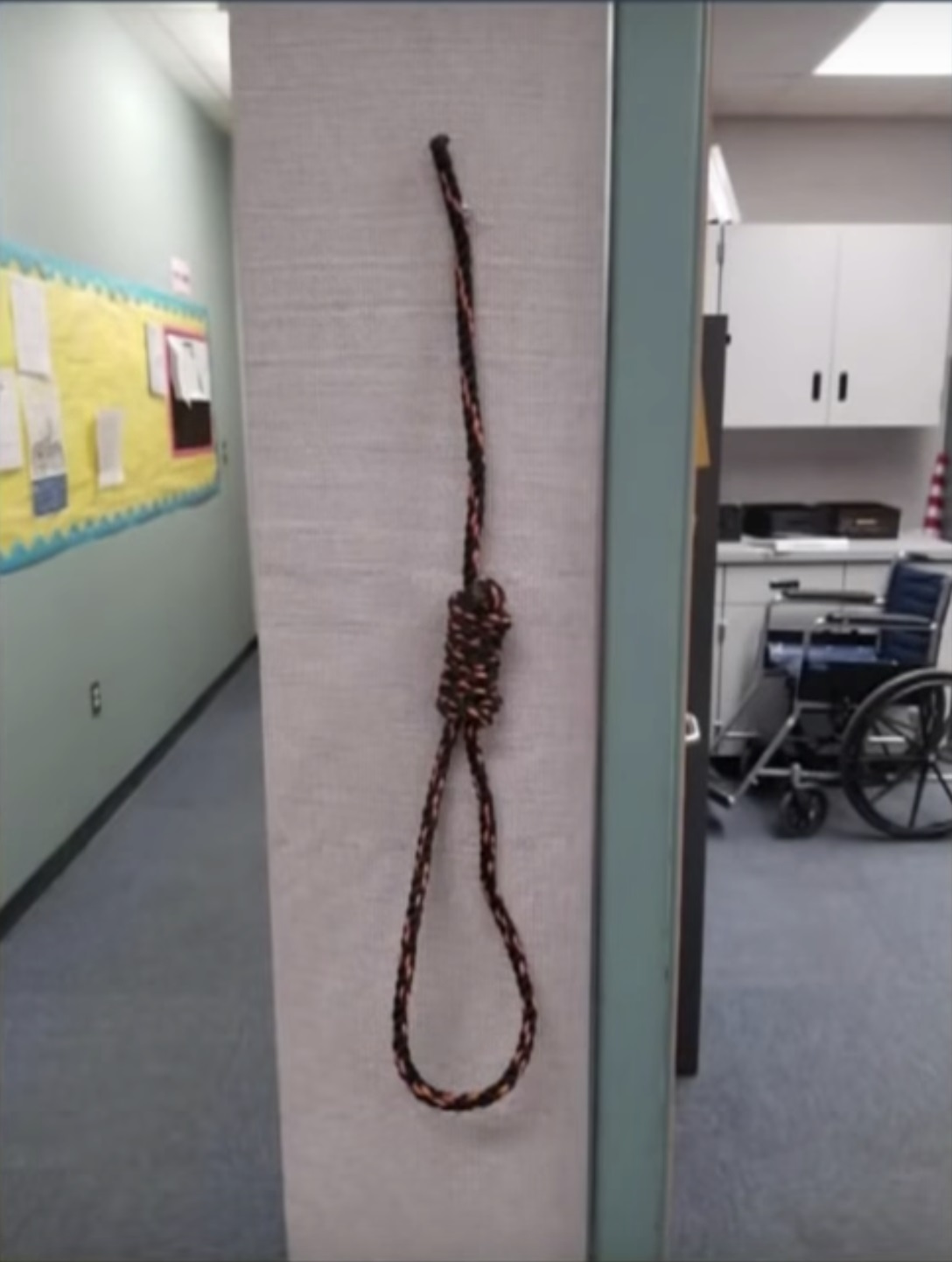 One user commented, “You women disgust me. You have no business in education. You deserve to be fired with professional reprimand.”

According to Fox 11, a local TV station, Darrin Harper, a parent at the school, was mad at the teachers, and claimed that there was a systemic discrimination issue in that school.

He added, “We want her gone from this school and that’s just it.”

Raul Maldonado, the Palmdale School District Superintendent, stated that he was aware of the “incident involving the discovery of a noose and possibly inappropriate responses to that discovery.” He also stated that an investigation was being conducted.

However, the public was still furious. Parents and activists protested outside the school on Friday afternoon, and some children were even pulled out of school.