Almost every married couple dreams of building their family and having their own children, but sometimes this is easier said than done. Rachel and Aaron Halbert of Mississippi decided to adopt when they experienced problems conceiving naturally.

However, instead of typically adopting a child of the same skin color as they were (Caucasian), they decided to take a different route. The couple adopted two children, an African-American boy and a biracial girl.

Their reason stemmed from their discovery that Caucasian children were more likely to be adopted compared to children of color. Thus, the couple sought to give two colored children the chance of having a happy family.

Aaron mentioned that they had expressly informed the adoption agency that they were willing to adopt any child except a Caucasian one. Once they adopted their two little angels, the mixed-race family became the focus of many stares when they were out together, but they didn’t mind. 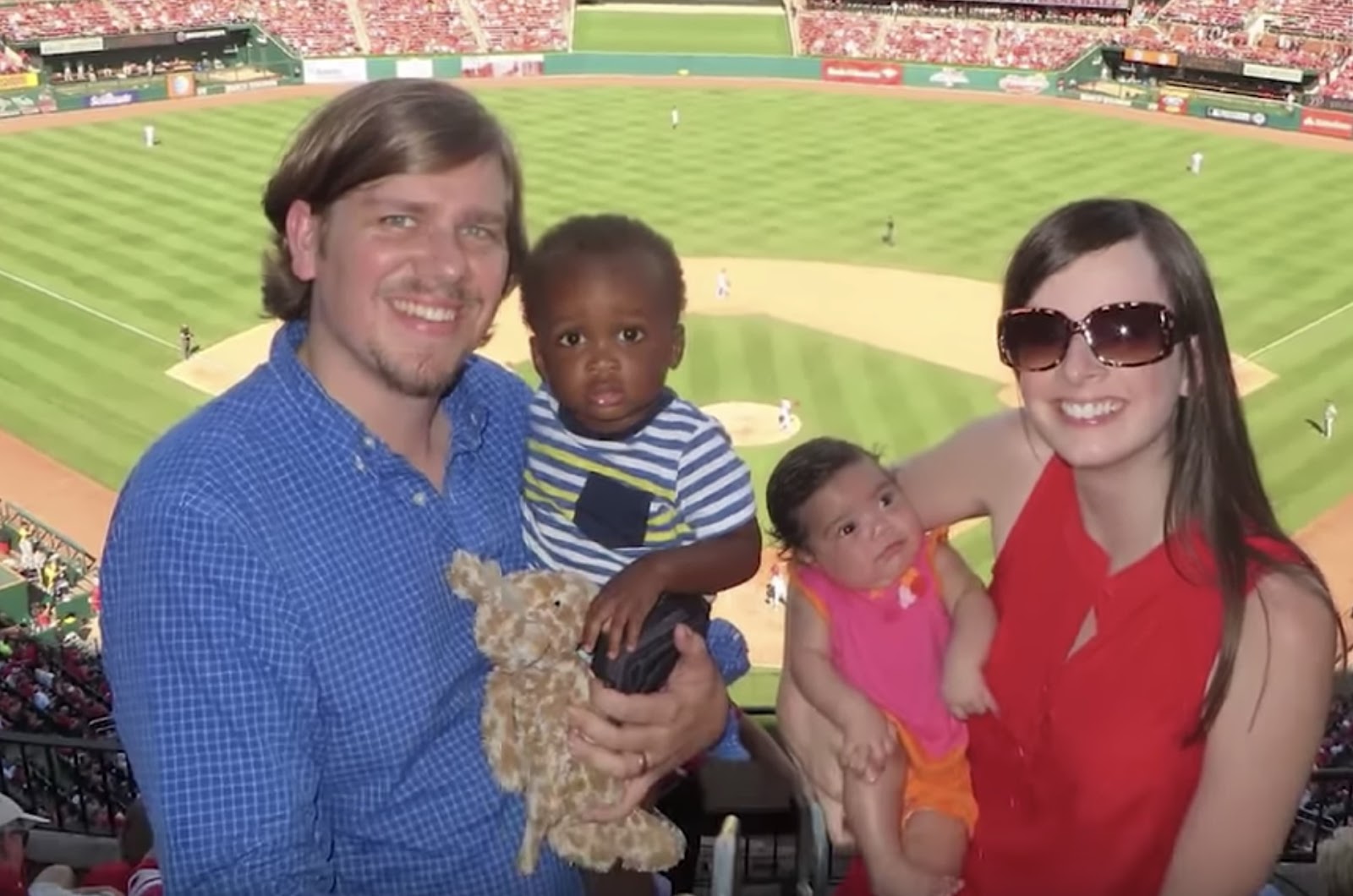 The couple recalled trips to Walmart where they would get looks of sheer disgust from a white woman, or an African-American mother who would shake her head at them. Despite that, there were some good reactions like an older white doctor who held their son tenderly and prayed over him, as well as a young black girl who wept, touched at hearing that the little African-American boy was their son. 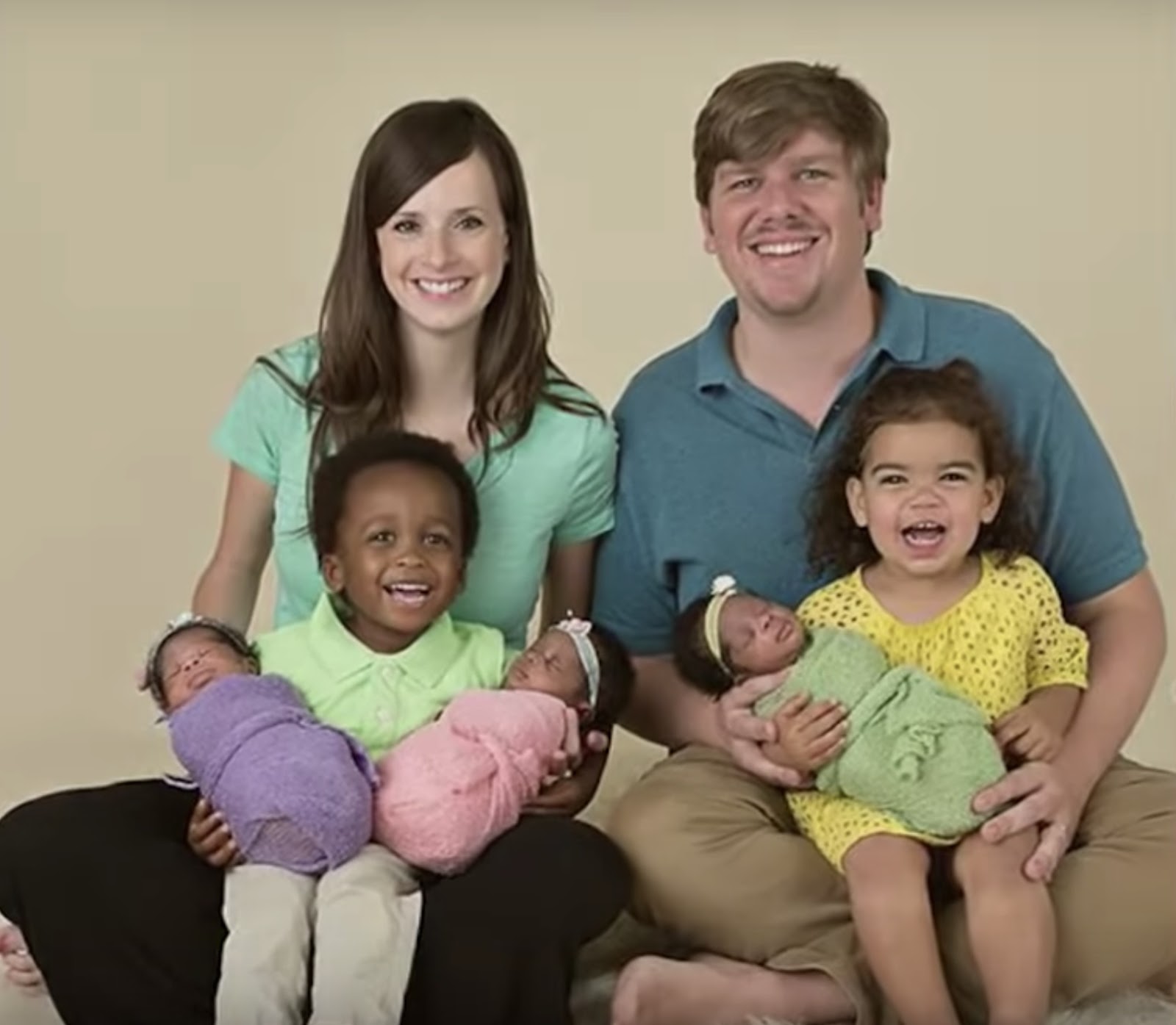 As their two children grew older, the couple decided to adopt and implant two embryos from the National Embryo Donation Center in 2015 as a way to protect the unborn children, as the embryos would have either been donated to science or destroyed.

Rachel had the two embryos of African-American twins implanted for her to experience pregnancy, and was pleasantly surprised when one of the embryos split into two, and she got triplets instead.