In north St. Louis County, the director of Brighter Daycare and Preschool waited five days before reviewing the surveillance video that showed a daycare teacher abusing a child.

On Friday, February 1, a three-year-old child’s head was split open at a daycare. She was rushed by an ambulance to the hospital, and got seven stitches.

The daycare surveillance video shows that the little girl was standing calmly by a chair for two minutes when the teacher then walked across the room towards her and grabbed her arm. She then dragged the child and threw her against a cabinet.

The parents received a note from the teacher stating that "she fell." 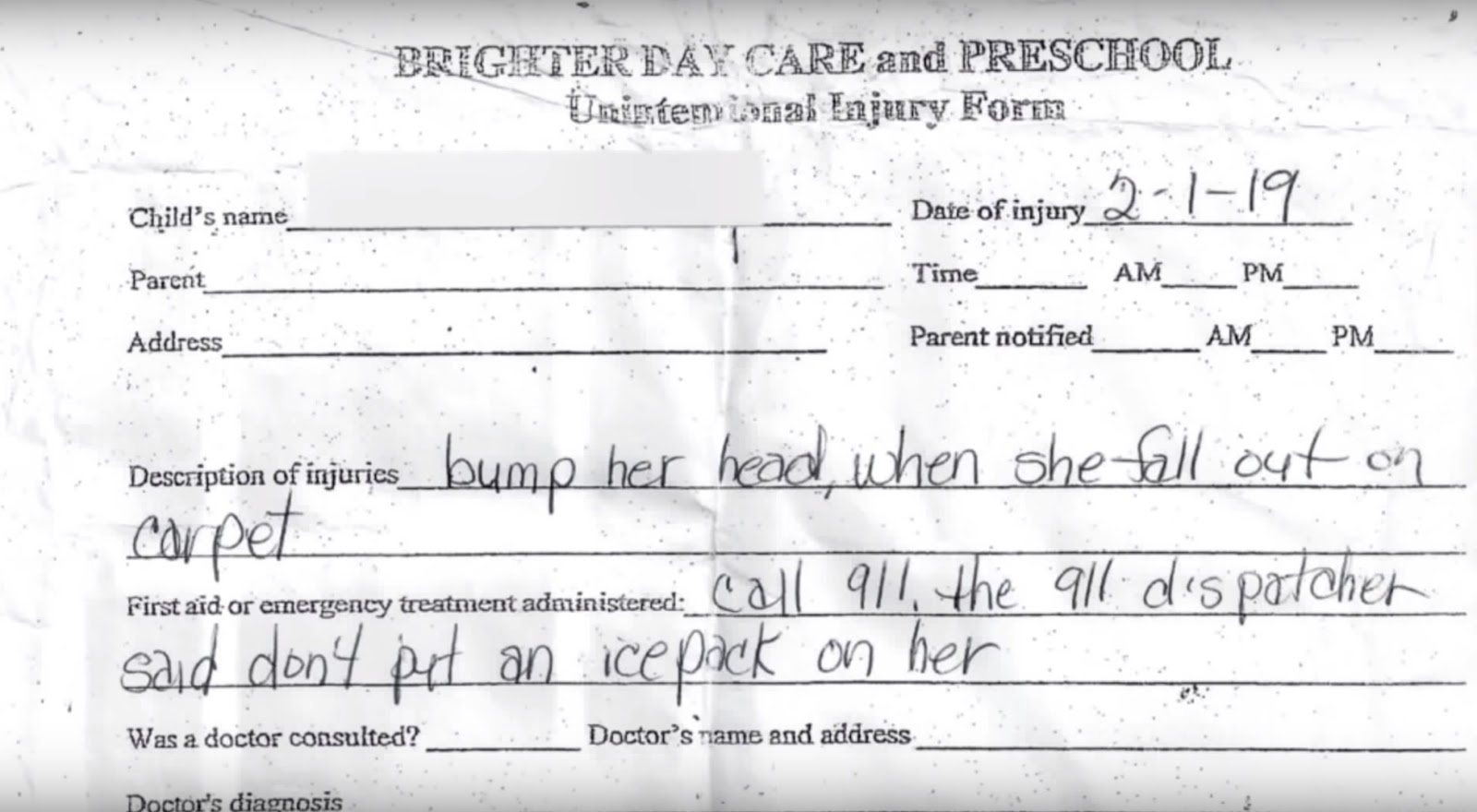 According to the family's attorney, Jennifer Hansen, "In no world did this family have any idea that what was called a fall was actually an assault until they came to see that video."

She also stated, "One of the more egregious aspects of this case is that the daycare director told the family that she did not watch the surveillance tape until the family was with her."

The attorney stated that the child's relative had recorded the video of the surveillance monitor on her phone five days after the incident.

Hansen stated, "The daycare could've reviewed that footage at any time. They didn't and they allowed the daycare worker who assaulted this little girl, to continue to work at the facility for five additional days."

When the director saw the video, the teacher was fired. The police are investigating the case, in collaboration with state childcare inspectors.

According to Fox 2 News, inspectors had already reported past cases of child endangerment at that daycare, including when another teacher "slammed a child down on the cot" in May 2018, and another incident where a teacher "held a child by his wrist, dragging him across the room."

Sharon Williams, the daycare director, stated that she could not comment on an ongoing investigation. According to her statement, "All teachers and staff are properly trained and extremely qualified. Providing a quality education in a safe environment is of the utmost importance to our teachers and staff. It has always been our policy to notify the proper authorities and to fully comply with any investigation. We have and will continue to follow said policy."