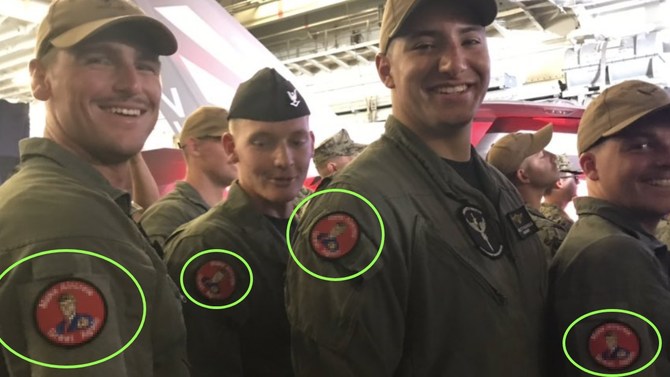 Sailors aboard the USS Wasp wore patches with a slogan “Make Aircrew Great Again.”  The patch also has a figure in the middle who is very much likened to the president. Such usage of this patch has caused outrage from many of the president’s political opponents.

The patches were worn during President Donald Trump’s visit to the United States Navy base in Yokosuka. The engagement was part of the president’s four-day state visit to Japan.

The photos eventually made their way online and spread quickly. Bloggers from the left side of the political spectrum were quick to state their protest on social media. Many claimed that the patches are unlawful and violate the Uniform Code of Military Justice (UCMJ). The UCMJ supposedly demands defense employees to refrain from showing political support while wearing their uniforms.

A professor from the University of Michigan, Brendan Nyhan, tweeted, “I defer to my colleagues who study civilian/military relations, but I find this worrisome – the military must be loyal to civilian control and the Constitution, not part of a presidential personality cult.”

However, there have also been posts on Twitter stating that similar badges have been around since September 2017.

The Navy, however, has reported that it is looking into the situation and deciding if these Trump-themed badges are indeed violating navy rules. 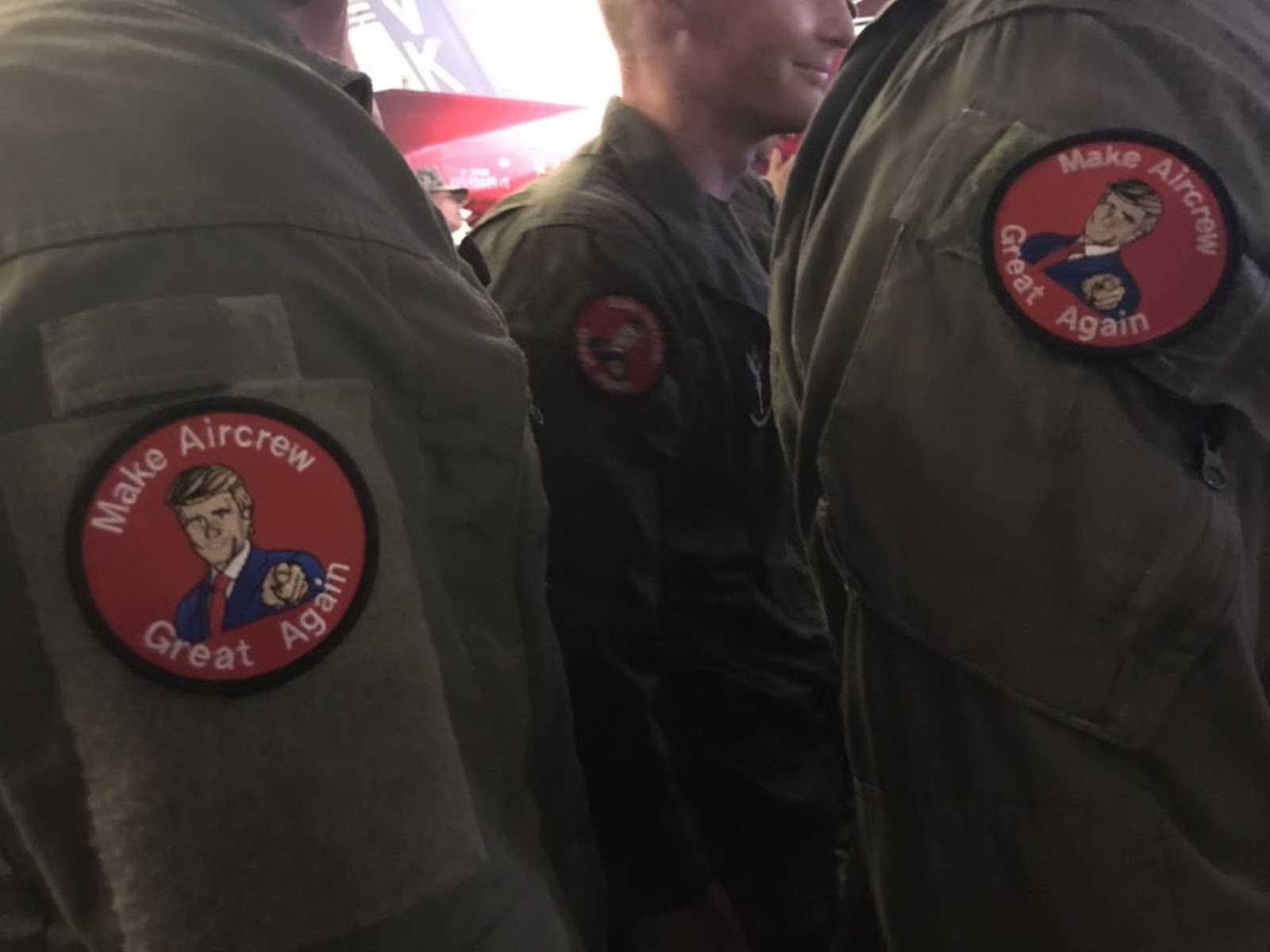 Furthermore, it is also not rare for military personnel to wear unofficial badges. Many have previously worn patches with humorous posts and these are usually seen as keeping up the morale. Besides, it is up to the commanding officer to decide which patches or logos are banned, depending on how politically tainted or offending they are.

A U.S. military official has also reported to CNN that these were meant to support the president, especially during his visit and were in no way a statement of political support.