In Atlanta, Georgia, a teen died after making a simple mistake. He knocked on the wrong door and was shot dead. As 19-year-old Omarian Banks was trying to find an apartment in The Retreat complex on Fairburn Board, he knocked on the wrong door – by mistake. 32-year-old Darryl Bynes did not even bother opening up the door, he simply took aim from his balcony, and like a sniper, shot Omarian Banks without him knowing.

Banks had just been dropped off by a rideshare driver from the publicly-traded company Lfyt. The driver dropped him off at the wrong part of the apartment complex near the incorrect breezeway. Because Banks and his girlfriend just moved into the area, he was unfamiliar with it. 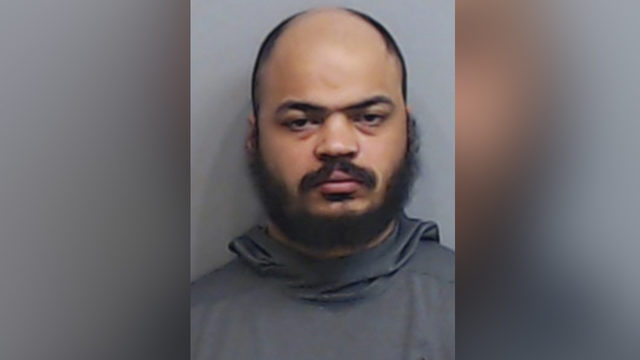 Banks went into what he thought was his part of the apartment. He went up to the stairs and to the left. But as he was trying to get in, he didn’t realize, until it was too late that he had made it to the wrong door.

While he knocked on the door, Banks was having a FaceTime call with his girlfriend. Shortly after knocking, he realized it was the wrong one, so he started to walk away.

However, Brynes, the man inside, was looking for blood. He grabbed his gun and rushed over to his balcony. He then shouted at Banks from the safety of the higher ground.

Banks’ girlfriend could hear everything because she was still on the FaceTime call with him.

“I heard him say, ‘Sorry, I’m at the wrong house.’ Then the man said, “No you’re not. N*****, you at the right house.’ And he shot two more times,” Banks’s girlfriend told Channel 2’s Steve Gehlbach only a few hours after the shooting happened.

Another witnessed talked to police. They told officers the exact same story. It was clear that Brynes did not feel threatened by Banks. He just wanted to kill a black man. Hopefully, Georgia prosecutors realize that this is a hate crime and try the gunman as such.

“I see him running around the corner, and all you hear him saying is, ‘I am sorry. It was the wrong door,” a neighbor and eyewitness also told Channel 2’s, Lauren Pozen. “(He said), ‘You ain’t come to the wrong door’ and shot him a third time. I saw him drop to the ground.”

Michael Seiden talked to Banks’s distraught girlfriend. Her name was Zsakeria Mathis. He asked her about how she was feeling now that a man killed her boyfriend because he was black.

Because she didn’t hear anyone knocking on the door, she grew concerned. She walked outside to the front porch that is part of the unit.

“I just hear faint voices and a gunshot, and then I hear him yell,” Mathis said.

Mathis ran over to her boyfriend, but when she found him, he was already dying.

“I turned him over. He was moaning and groaning, and he had tears in his eyes, and he was just bleeding.”

“I’m having a hard time understanding that someone could be that mean and hurt a child,” his mother Lisa Johnson said. “Stop and think before you pull the trigger.”