A boy in Wisconsin was killed because he failed to learn his Bible verses. As it turned out, the child, Ethan Hauschultz, who was just seven when he was brutally beaten and murdered, was hit and kicked and forced to carry around a 44-pound log before he was buried in the snow to die. Now a fifteen-year-old and two adults have been charged with the murder of young Ethan.

First, Damian Hauschultz is charged. Although he is just fifteen-years-old, prosecutors slammed him with first-degree reckless homicide and six other charges relating to the murder of the seven-year-old boy. While he is just a teenager, Wisconsin handles certain juveniles charged with homicide in adult court – because if they’re old enough to take a life recklessly, they’re considered old enough to stand trial for it and face the consequences. 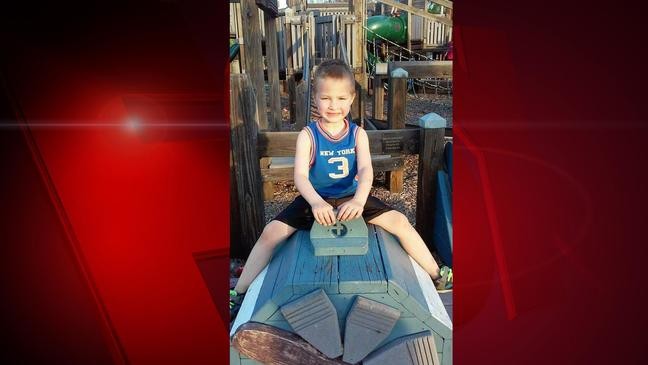 Also charged in the death of the boy are Ethan’s guardians. 48-year-old Timothy Hauschultz, who is Damian’s father, has been charged with felony murder and five other charges. 35-year-old Tina McKeever-Hauschultz was charged with failing to prevent bodily harm and intentionally contributing to the delinquency of a child.

All three will appear in Manitowoc County court to face their charges.

Court documents reveal the following details. Although we do not know if Tina and Timothy were Ethan’s relatives, we do know that they were his court-appointed guardians.

As it happened, Timothy ordered Ethan to carry the heavy wooden log for two hours as a punishment. They had a path around the property which was used for the punishment. Damian was instructed to supervise Ethan to make sure he went through with the punishment.

The log was much heavier than Ethan. And as he struggled to hold it, Damian hit, kicked, and poked Ethan hundreds of times. He used a belt and a stick to make it really hurt. At one point, Damian rolled the heavy log across the small boy’s chest – and he even stood on his back while the little boy was face down in an icy puddle.

Damian also struck Ethan’s twin who was also going through the same punishment.

The kiss of death came after Damian buried Ethan in a pile of snow for twenty minutes without giving him a jacket or any gloves. He later died of hypothermia. But the blunt force trauma to his head, chest, and abdomen did not help him live long.

When police investigated, Damian said he “didn’t do anything that would have hurt” the little boy. However, he described burying Ethan “in his own little coffin of snow.”

Damian said that Ethan was punished because he did not know 13 Bible verses that Timothy demanded that he learn. Because he did not study the Bible, he had to suffer the punishment of carrying the heavy wood for a week for two hours each day.

Timothy told the police it was a form of discipline that he was trying. He claims he was not home when his punishment killed Ethan because he had instructed his son to go through with it.