People who rely on service dogs know how much of a lifesaver they can be. Not only can these dogs help guide people who are blind, but they can also alert people to when they need their medication or when they’re about to experience a seizure. Now one woman has posted a message on Tumblr describing how her service dog went for help, and every person ignored it, putting her life in danger.

The woman decided to share a public service announcement about service dogs. Because she was down and out and her dog left to go get help, she wants people to know how to respond in such a situation in case they ever encounter it themselves. 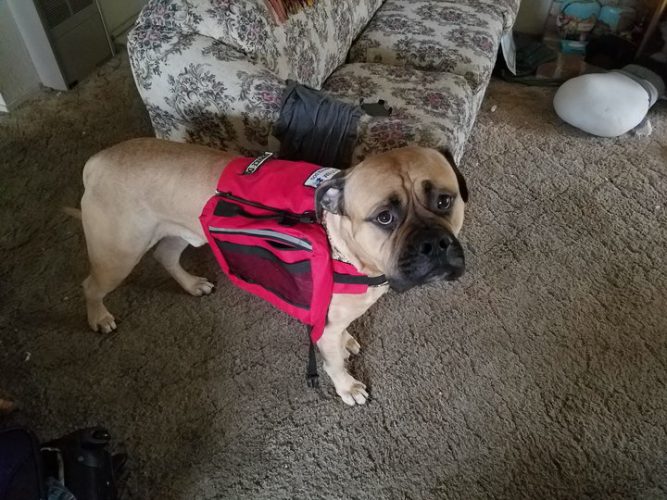 “If a service dog without a person approaches you, it means the person is down and in need of help,” the woman wrote on her website. She then left people with another note that they should not soon forget.

“Don’t get scared, don’t get annoyed, follow the dog!”

Tessa Connaughton is a twenty-year-old from California. Her service dog is named Raider. She first came upon the dog that has played an instrumental role in saving her life. Because she has autism, Tessa needs Raider to be there for her to help her navigate the world around her. He is an English mastiff and a bull mastiff mix who applies what is known as deep pressure therapy every time Tessa feels overwhelmed. She can describe it better than me.

“Layman’s terms: He lays on me if I get antsy,” she said to HuffPost after her Tumblr blog went viral with her public service announcement.

Not only does Tessa have autism, but she was also diagnosed with epilepsy a few months ago as well. At that time, Raider returned to training so he’d be able to help her face that new challenge. This was a tough one because it didn’t just lie on her if she was stressed, it meant that he had to alert people to her condition if she got hurt during a seizure. 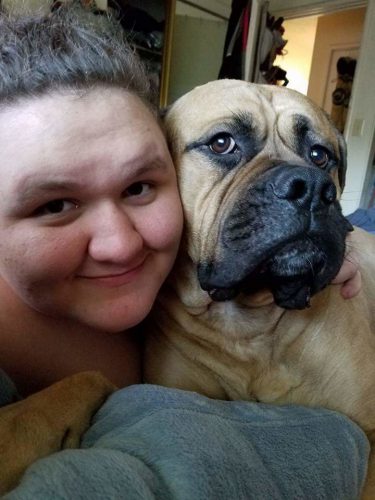 “We want him to roll me onto my side, press an alert button that I’m going to keep with me, and protect my head,” she said.

Because he is still in training, Raider has a temporary mission. He needs to get Tessa into a safe position and then leave to find someone who can help.

“Loud noises are painful for me,” she wrote. “Especially when I’m already in distress.” That’s why Raider seeks a helper rather than barking.

During a routine visit to her grocery store, Tessa brought Raider when things went wrong. However, she did not suffer a seizure, she just slipped and fell. Because he had been trained, Raider left to get help – but everyone at the grocery store ignored him and let Tessa writhe around on the floor in pain.

One woman even tried hitting Raider away.

“She was swatting at his nose and telling him to leave her alone while she was shopping,” Tessa told HuffPost.

Because this woman proved that the general population was ignorant about service dogs, Tessa decided to issue her PSA. Now you know.