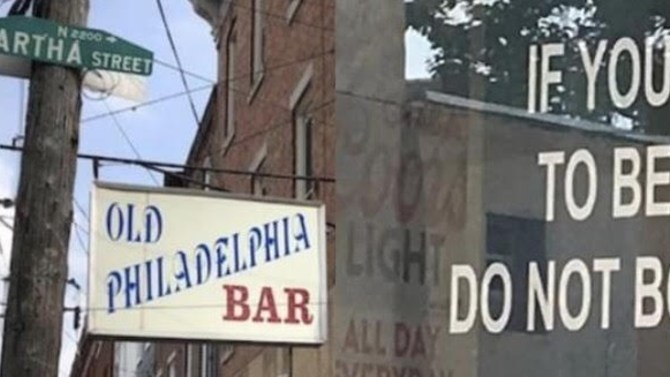 While Victor Fiorillo went out for a drink at night, he decided to go to the Old Philadelphia Bar in the City of Brotherly Love. He wanted a beer and some good company, but when he saw the sign etched on the window, it gave him pause. Nevertheless, he went inside and voted with his dollars by buying a beer, and that’s when a man spoke up so the whole bar could hear him.

The man was walking over to the jukebox. But before he put the coin into the machine to get music on the speakers, he declared that he was a former firefighter and that he was a Mexican. Then he laughed and said that the last part was “just a joke.” He then paid for the music and picked the 1984 song by Lee Greenwood, “God Bless the USA.” As the song started up and the chorus roared through the bar’s speakers, every patron in the place started to sing along. 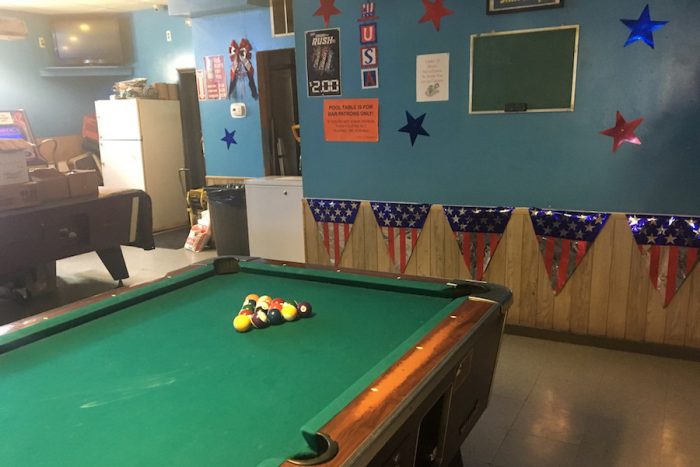 And I’m proud to be an American

Where at least I know I’m free

And I won’t forget the men who died

Who gave that right to me

And I’d gladly stand up next to you

And defend Her still today

‘Cause there ain’t no doubt

I love this land

The bar tries to stand by the values listed in that song. That’s why Victor Fiorillo noticed the sign emblazoned on the front of the building when he first walked in.

“If you’re not proud to be an American, do not bother to come in.” 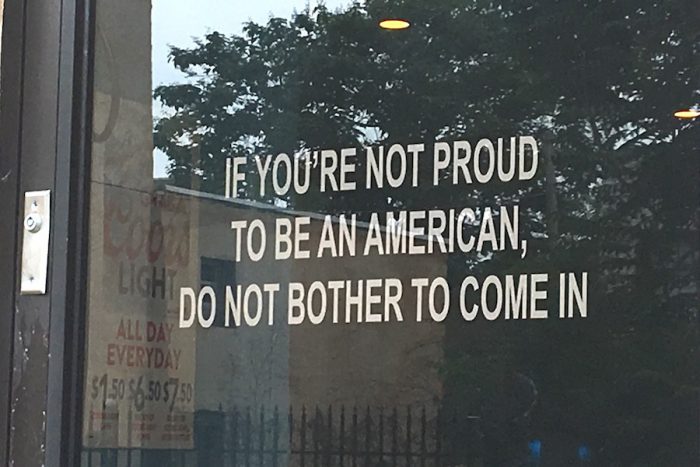 The bar has been a staple in its Philadelphia neighbor for decades. However, this sign is a new addition to the classic bar. They just want people to know that they’re about to be greeted with patriotic good cheer when they step inside.

The bar has even kept other classic elements from the Good Old Days – including cheap $1.50 pints of domestic beers. If it is a televised sporting event, you can land a beer for just a $1 – talk about a steal.

The bar is proud to be hipster-free. It attacks “real men,” and not yuppies and the working professionals who are quickly infiltrating the neighborhood and ruining everything in sight.

One Google review put it succinctly, “Not overrun with hipster douchebags. And even if you do see some hipster douche McDouchebags, they know to keep their abject stupidity to themselves.”

When a passerby noticed the sign on the door, they snapped a photo and posted it to a local Philly Facebook group. Outraged followed. People could not believe this bar was espousing such values. 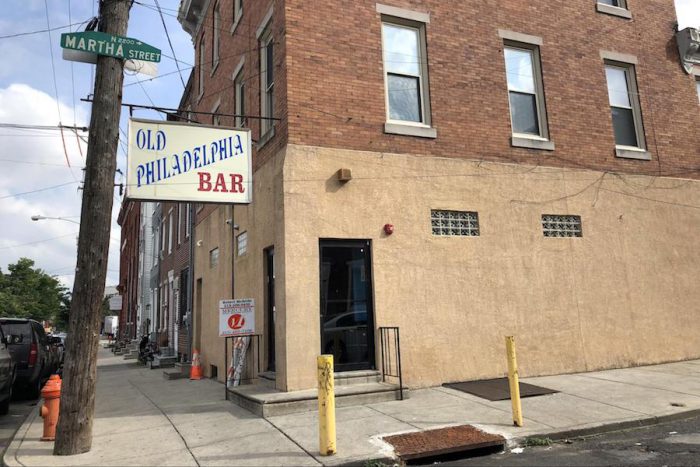 Locals are even afraid of the bar if they are not white men. A woman from Fairmount knows about the bar nicknamed “Old Philly” and said she would not go because she has an Indian boyfriend with a beard.

“I would avoid going there,” she told Victor Fiorillo. “It’s usually fine. Sometimes, some places, it’s not fine. As is obvious from that sign.”

The bar manager doesn’t get what all the fuss is about. As a bartender told Fiorillo, “If you’re in this county, you should be proud to be an American.”