A liquor store in Oklahoma City, Oklahoma, sparked controversy for a sign that banned people with saggy pants from entering.

The sign at Midwest Wine & Sprits OKC went viral after it was shared online.

"Pull your pants up or don't come in!!!" the sign reads. "Try to have some decency and respect for others. No one wants to see your underwear."

Employees at the liquor store said they wanted to send the message, even if it offended some people.

"It's tacky, and it's gross and we're adults," employee Shana Wiessner told KFOR. "Pull up your pants."

The sign, Wiessner added, was also posted for security reasons.

"Usually, when people come in with their pants sagging, it's easier for them to steal bottles," she explained.

"I can see that if it was like a church," customer Sunshine Weatherby said. "There are families there, you might have a problem with that but this is a liquor store. I've seen worse at a liquor store." 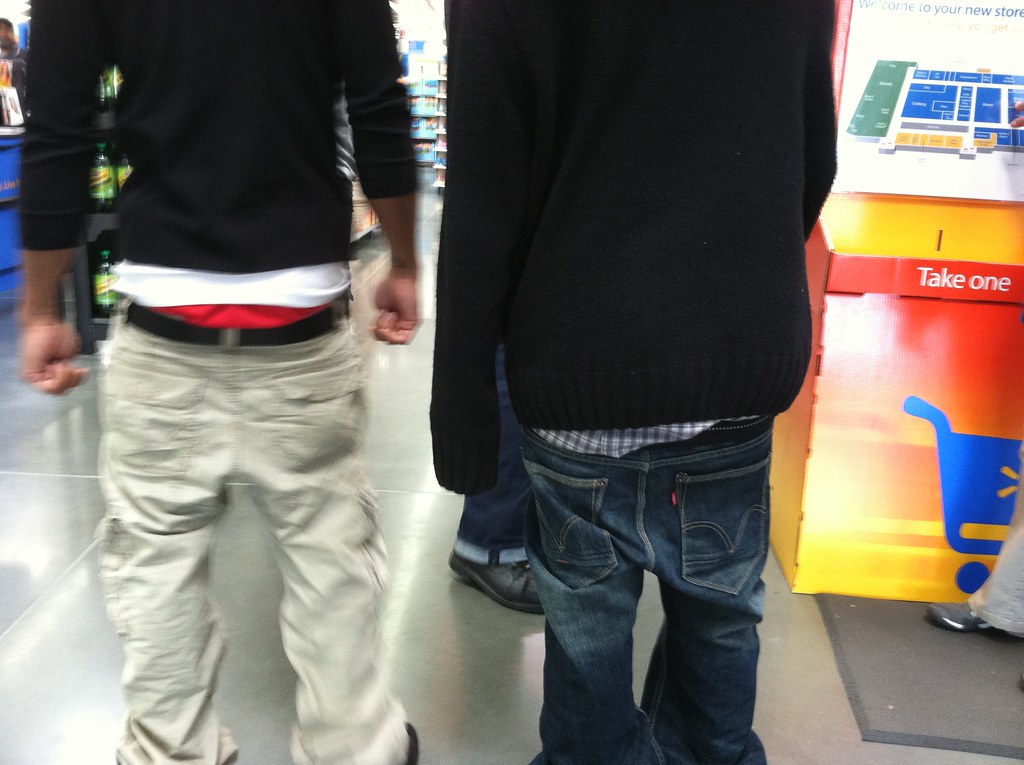 Others felt it was appropriate.

"I agree with it," customer Chad Gilbert said. "I don't want to see anybody else's underwear. I realize wearing pants low is a fashion statement for some, but it doesn't work for me and I find it somewhat offensive."

"Wish more places would do that," one reader commented on the site's Facebook page. "Alot of young boys + men of all colors r doing that a little sagging is fine but down way past there bottoms is just plain nasty n shouldn't b legal sorry that's my opinion...now we know that not all young boys n men r not thuggs,sc______ because they respect others n there neighborhood, just do what the sign sezs n they can come in to there business."

"I think more stores should do that," another wrote. "Who wants to see their a*ses, or what kind of underwear they have on. Further more they should get charged with indecent exposure. Some of them wear them down near their knees , why wear any pants at all."

"Wish all stores and places of business had that sign," commented a third. "Also no butts showing as some girls and women wear shorts that are way too short and half their butt sticks out. As for those pants that are falling off --those guys look like they are wearing diapers that are full."