A Colorado mother got a big surprise after she sent her daughter to preschool with cookies.

The Children’s Academy, a private preschool in Aurora, Colorado, sent a note to Leeza Pearson after she included some Oreo cookies in her daughter Natalee’s lunch bag, along with a sandwich and string cheese, reports ABC News.

The letter, which 4-year-old Natalee brought home, cautioned parents about what was acceptable for lunches:

It is very important that all students have a nutritious lunch. This is a public school setting and all children are required to have a fruit, a vegetable and a healthy snack from home, along with a milk. If they have potatoes, the child will also need bread to go along with it. Lunchables, chips, fruit snacks, and peanut butter are not considered to be a healthy snack. This is a very important part of our program and we need everyone's participation.

Pearson was so shocked by the "lunch shaming" letter she shared it with ABC News. 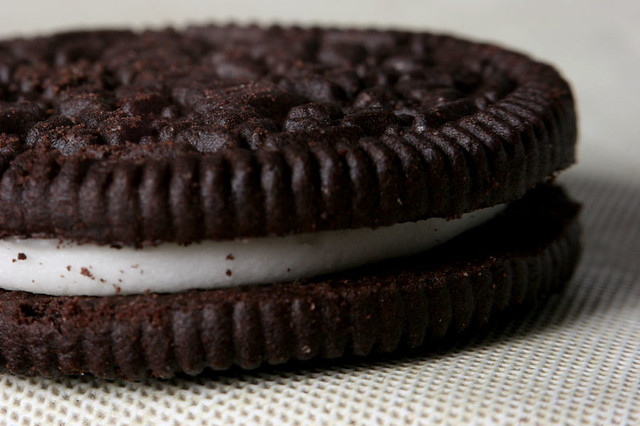 "I think it is definitely over the top, especially because they told her she can't eat what is in her lunch," she said. "They should have at least allowed to eat her food and contacted me to explain the policy and tell me not to pack them again."

Pearson accused Children’s Academy of hypocrisy, citing the time students were asked to bring candy to school to celebrate Easter. The school also gives Natalee jelly beans when she stays for after-school care, the mother added.

"They say I can't decide what to feed her but then they sometimes feed her junk food. Why am I being punished for Oreos when at other times I am asked to bring candy?" Pearson wondered.

"She is not overweight by any means and I usually try to feed her healthy," Pearson said. "It’s not like I was offering cookies to the entire class and it's not like that was the only thing in her lunch."

Jobs are coming back to America and it's lit a fire under the stock market. Here's how to get in on the fun.

Apart from questions of school policy, in October there was different reason not to bring Oreo cookies to school. That month, the corporate parent of the Oreo brand announced a recall of “milk’s favorite cookie.” The press release gave the details:

Mondelez Global LLC announced today a nationwide voluntary recall in the United States, including the U.S. Territories of Puerto Rico, St. Croix and St. Thomas, of certain Oreo Fudge Cremes product, Original and Mint varieties, due to milk allergen not being declared in the ingredient list…. People who have an allergy or severe sensitivity to milk run the risk of serious or life-threatening allergic reaction if they consume this product.