A classic commercial featuring a guard and a little boy went viral (video below).

In the clip, released in 1997, a boy walks up to a Marine guard and asks if he is Santa Claus. The guard ignores the boy, never making eye contact with him as the child looks up at him. The boy then pulls out his Christmas list in the hopes the guard will bring him gifts. Shockingly, the guard reaches out his left hand and takes the list from the boy.

The touching commercial has been used to promote the Marine Corps Reserve's Toys For Tots program. 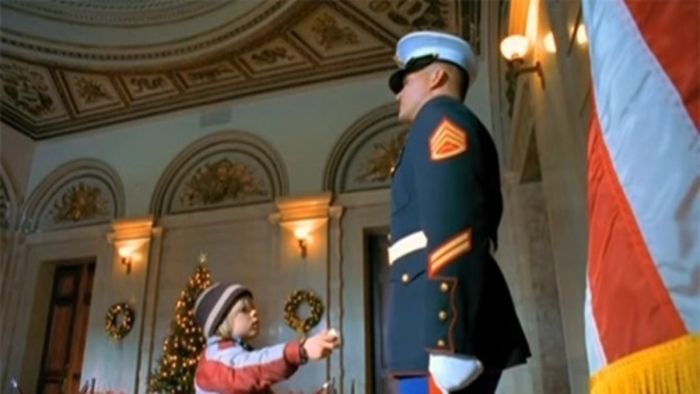 The program began in 1947, and collects “new, unwrapped toys during October, November, and December each year” to distribute to needy children, reports NX2.

The goal is to send “a message of hope to less fortunate youngsters that will assist them in becoming responsible, productive, and patriotic citizens.”

“One of the few christmas commercials I actually like﻿,” one viewer wrote.

“This video only lasts 30 seconds, iv seen it countless times, and it makes me cry every single time,” another added.