A 6-year-old Chicago girl was handcuffed underneath the stairs in her school by a security guard who said he was teaching her "a f---ing lesson," according to a lawsuit.

A security guard at Fernwood Elementary School allegedley punished Madisyn Wordlow by handcuffing her underneath the stairs and held her there for more than an hour, according to the New York Daily News. Madisyn's mother, Marlena Worldlow, has filed a lawsuit against the security guard and the Chicago Board of Education for the harsh punishment. 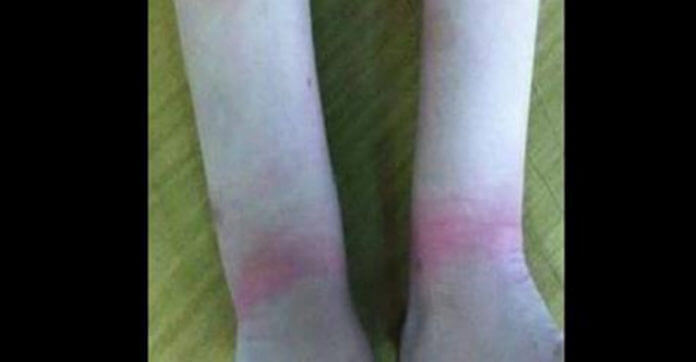 The incident began when other students reportedly told the guard that Madisyn had stolen a piece of candy, though Marlena insists the candy was from her own lunch. The guard told Madisyn he was teaching her "a f---ing lesson."

According to a statement from Chicago Public Schools, the district took immediate action by firing Yarbrough and placing a "do not hire" note in his file. However, Worldlow claims the district and local police have not been helpful since the incident took place.

Worldlow says when she arrived at the school to pick up her daughter on the day of the incident, Madisyn, who has special needs, was "crying, sweating and visibly scared and distraught."

According to Granich, authorities have not pressed charges against the security guard.

In the meantime, Wordlow is searching for a new school for her daughter.

"The Chicago Public Schools system has a responsibility to make sure nothing like this happens again," Granich said.