In a recent episode of Botched, Dr. Terry Dubrow suggested to one of his patients that he stab her breast implants with a needle to help reduce their size.

Dubrow’s advice was for a woman named Ilana, who got 38F implants to please a boyfriend, but now wants them removed, the Daily Mail reports.

Dubrow quickly recognized the problem, noticing that Ilana’s blood vessels on her chest were very large. 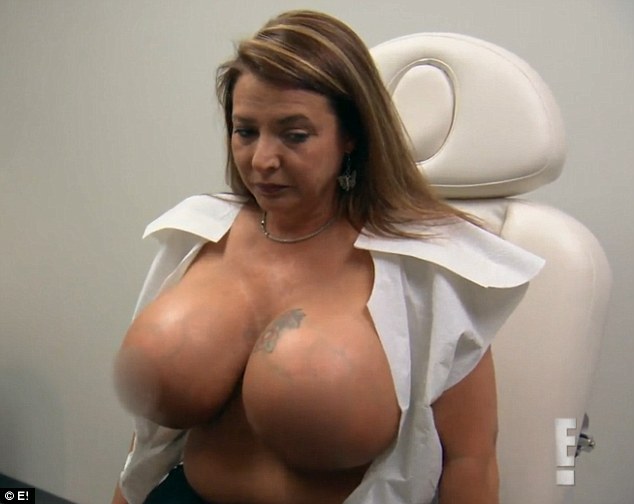 “That in itself indicates tissue injury and damage,” Dubrow tells her, according to the Mail. “Look how peely your skin is. Now does it peel like this normally?”

Ilana responded that it has “always been a little bit chaffy.”

Dubrow concludes that this is an “indication of underlying pressure, tension and generalized tissue trauma.”

He then proceeded to outline his unusual approach, which he admitted only having tried a couple of times in his career.

“We do know we need to take the implants out; we do know we need to do a lifting procedure, which means reduce the areola, reduce a lot of the breast envelope and lift you up,” said Dubrow. “But we do know that doing that in one stage is extraordinarily risky to your breast tissue and to your nipple.” 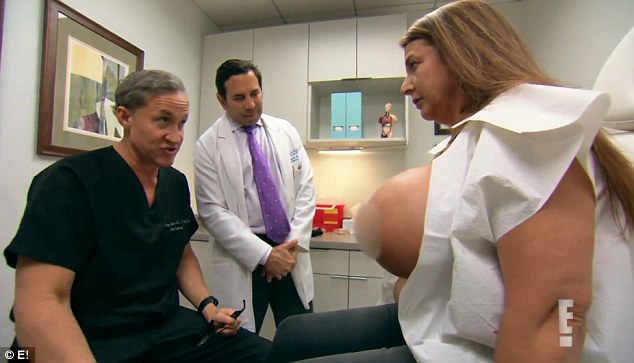 The alternative: “Putting a needle into the breast implants and sucking out the fluid, allowing the soft tissue to retract and everything to sort of relax down and then after a period of time doing one operation,” he added.

“It saves you from having to have two operations or more, which would avoid all the risks of anesthesia and the significant risks of the surgery itself,” Dubrow added.

On another episode, Dubrow and Nassif helped a transgender woman who went to Mexico for a nose job because she could get it cheaper there than in the U.S.

“It was like going to a fast food restaurant and you're going to the menu board and picking what you want,” she told Dr. Paul Nassif, Dubrow’s colleague, according to the Daily Mirror.